Individually distinct vocalizations allow animals to respond differently based on caller identity, sex, and group membership. Western gorillas live in densely forested habitats and vocalize often. However, no experiments have been conducted yet to explore the cognitive processes underlying their vocal communication. Do they recognize individuals from their calls alone? Are some calls easier to recognize than others? And if so, what might be the evolutionary explanation?

During my PhD I discovered that western gorillas use at least 17 call types, some at close distance and others when spatially separated, and that their calls are individually distinct, similar to human voices. This just lead to more questions: Are gorillas able to recognize individuals by vocal cues alone? If so, is this ability influenced by call structure, or the spatial or social context in which they are used? Western gorillas are the ideal species to look at these questions since they vocalize often, at both long and short distance, and live in an environment with limited visibility where vocal communication play a very important role.

Understanding the vocal recognition ability of gorillas has several important implications. First of all, it will help us to test major theories proposed so far on the evolution of vocal recognition. Second, it would be an important first step on the road to understanding the social cognitive abilities of the least studied African ape, and thereby filling a major gap in our knowledge of primate communication. This information is critically important for reconstructing the evolution of primate and ape evolution of vocal communication and for refining models for the origin and evolution of human language.

In order to test whether western gorillas recognize the calls of conspecifics, we will conduct a series of playback experiments at the Atlanta Zoo. First we will test whether they are able to distinguish between calls from familiar versus unfamiliar conspecifics, and secondly, we will test whether they recognize some calls more easily than others. For the first experiment we will play a call of a known gorilla and one of a gorilla they never met. In the second experiment we will play calls from the same known individual from an expected and an improbable location, and we will repeat the experiment using different call types. If their responses differ, it will indicate that they are able to discriminate individuals based on vocal cues alone.

This budget aims to fund equipment and transportation. I will use the funds to buy the needed speakers to carry out the playback experiments, and the stands to maintain the speakers at a plausible gorilla height. The video camera to record all experiments will be provided by the University of Georgia. Since the students and I are based in Athens (GA), we are also requesting some funds for our frequent trips to Atlanta to conduct the work at the Atlanta Zoo.

This is a terrific project that will undoubtedly expand our understanding of how the complex social relationships of apes are navigated through vocal communication. Roberta Salmi is an expert in the field of gorilla vocal communication, well known for her extensive research of wild gorillas in Africa. In this next step, she, and her colleagues, will test whether gorillas recognize individuals based solely on their vocalizations. This unique combination of research based on wild and captive gorillas will surely prove enlightening. 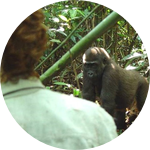 Diane Doran-Sheehy
Professor Emeritus
Stony Brook University
Led by one of the world's leading experts in wild lowland gorilla vocalizations, Dr. Roberta Salmi, this project seeks to answer important questions about primate communication. Not only shedding light on the social functions of vocal signals in this little-studied ape, this study will also contribute important data that will ultimately increase our understanding about evolutionary patterns of primate communication. 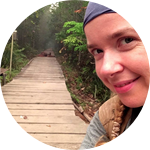 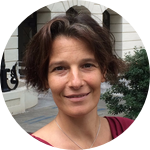 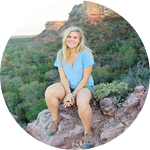 My research focuses on understanding the proximate and ultimate mechanisms underlying primate vocal communication, most specifically topics include the constraints and flexibility in the structure and function of vocal signals, the selective forces that shape them and the cognitive abilities behind their use.

My work focuses on wild apes, and particularly western gorilla communication. Since the evolution of auditory genes has been linked to the evolution of language and the analysis of the gorilla genome indicates that several genes associated with hearing show patterns of evolution similar to those in humans, I believe the study of gorilla production and perception of vocal signals – up to now overlooked – becomes of crucial importance in the interdisciplinary efforts to ascertain the origin and evolution of human language.

For my doctoral dissertation, I focused on the vocal behavior of wild western gorillas to assess the role context-specific calls play in the vocal repertoire of a species, how ecological and social factors influence the species’ vocal communication system, the adaptive function of individual vocal cues, and the cognitive abilities behind the use of vocal signals facilitating group cohesion and coordination.

Currently chasing my PhD, with dreams of becoming an influential behavioral biologist. I work in the Department of Psychology at the University of Georgia, under Dr. Dorothy Fragaszy and in collaboration with the EthoCebus Project (http://ethocebus.net/) and Zoo Atlanta.

Although my background is in biology, I am interested in animal behavior - more specifically, tool use and sociality in non-human primates. My research examines behavioral and personality characteristics of a group of tool-using capuchin monkeys (Sapajus libidinosus) in northeastern Brazil. My dissertation work currently addresses the socioecology of Western lowland gorillas at Zoo Atlanta.

My passion for primatology, and my multitasking abilities manifest themselves in the many side projects I take on. In addition to my dissertation work, I am involved in several "side projects", looking into stable isotope analysis as a means to study capuchin diet, as well as investigating manual function in primates (how they use their hands). I'm also interested in wildlife and science education, particularly in zoological settings.

I worked at the Zoo Atlanta for 14 years. I spent most of this time working with gorillas and orangutans, and I am currently the Assistant Primate Curator.

8 Lab Notes Posted
Thank you!!
About the gorillas at Zoo Atlanta!
Something about my wild friends: #2 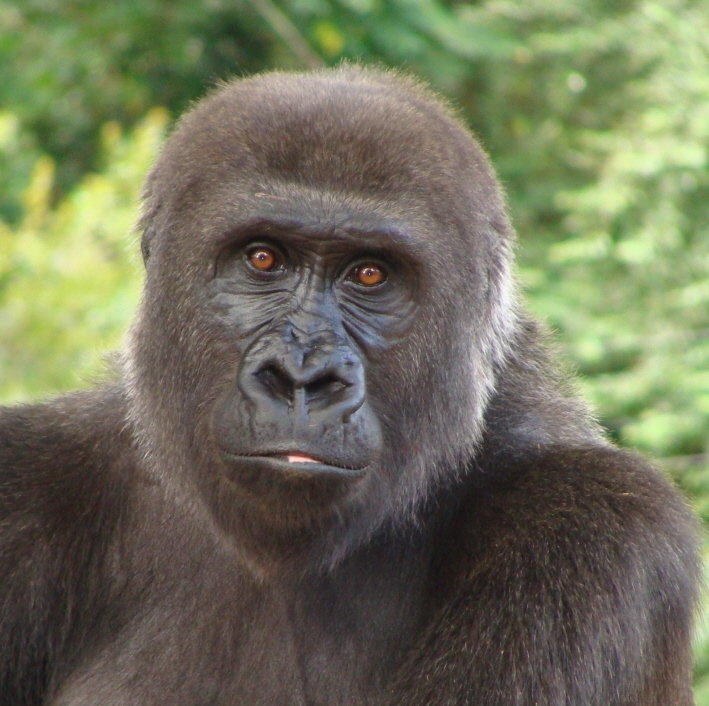