This project will draw on anthropological and ethnographic methods to collect data on the black magic rites of the Bizango cults, whose devotees are the direct descendants of the very slave ancestors who brought magic of zombificasyon to Haiti over 250 years ago. I intend to demonstrate that the zombi concept, and the beliefs and rites surrounding it, are of far greater cultural significance to the Vodouist than simply serving as a poison process.

There is a dearth of anthropological study of Haitian Vodou and the zombi, and what there is of any substance is variously antiquated (e.g., Hurston 1938; Métraux 1959; Courlander 1960), cursory (Desmangles 1992; Bellgarde-Smith & Michel 2006), or sensationalist (Seabrook 1929; Williams 1932). The last researcher to study the zombi was Dr. W. Davis in the early 80s, who described a pharmacological poison process. His work has been criticized as “arrogant and aggravating” (Corbett 1990), “without factual foundation” (Kao & Yasumoto 1986), fraught with “major problems with using appropriate sources in his arguments” (Lawless 1989) and “assertions [that] are bunk and methods unscientific” (Booth 1988), and “a carefully planned, premeditated case of scientific fraud” (Kao 1989).

This project will deploy sound, ethnographic methodologies in order to advance a new hypothesis concerning the zombi of Vodou. After 23 years of prior field research in Haiti, I argue that the zombi rites and the beliefs surrounding them, carry a far deeper cultural meaning for Haitians than simply an ethnopharmacological poison process. My prior research (National Geographic Society, 2017) has found that "zombi poisons" exist, but are peddled by fraudulent malfacteurs and are outright lethal concoctions that fail to bring on the state of apparent death claimed by Davis (1985). I argue that the zombi rather serves as a powerful means of social control in the Haitian interior, where there are no agents or adjunct of social control save that provided by the framework of Vodou.

The specific goals of this project are threefold:

1. to document and record the oral tradition and folklore concerning the zombi in and around Lakou Soukri;

2. to observe, describe and document the rites of zombificasyon as they are conducted in the temple at Soukri and among the bush priests of the Bizango cult near Leogane; and,

3. to use this project as the preliminary, foundational research upon which a later, longitudinal study of black magic (including zombificasyon) for inclusion in my forthcoming next book on Vodou in Haiti.

All budgetary considerations are based on the Principal Investigator's (PI) record of over 23 years of ethnographic fieldwork in Haiti. Transportation, room, board and meals include provisions for PI and field assistant/fixer, as well as secure storage of supplementary field gear and documents not carried on daily expeditions. Research will be conducted deep in the Haitian interior, and far from modern medical facilities, necessitating the team to be prepared with a full field trauma kit. It is customary in the field of cultural anthropology to compensate those with whom we work in the field for their participation in the research.

This project would finally shed light on the mystique surrounding Vodou and the Haitian culture as a whole. There is no one better to lead such an endeavor than Dr. Kovats-Bernat who has intimate knowledge of the culture and it's people. 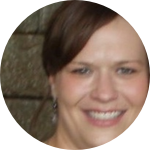 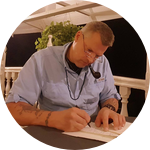 Prior preliminary research for this project has been conducted between 2014-16 under a grant provided by the Waitt Foundation and the National Geographic Society (NGS). The PI is a Ph.D. in cultural anthropology and a NGS Explorer-in-Residence with over 23 years of field experience in Haiti studying folklore, witchcraft, magic and Vodou. This research agenda will provide the final and conclusive ethnographic data required to establish the first truly scientific, anthropological explanation of the Haitian zombi ever published.