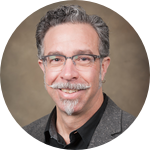 I am an Associate Professor of Anthropology at the University of Alabama and director of the Human Behavioral Ecology Research Group. In addition to tattooing, I study biocultural medical anthropology, cognitive evolution, cooperation, and focused attention, which ranges from research on Pentecostal speaking in tongues to fireside relaxation. I also coordinate an outreach program called Anthropology is Elemental, which involves training undergraduates to teach anthropology and sending them out as volunteers to underrepresented schools.

I became interested in tattooing culture while living in New York City in the 1990s. Tattooing was illegal from 1961 until 1997, and tattoo studios sprang up like mushrooms after a storm when it became legal again. I played in punk rocks bands and worked in the music industry, so tattoos were all around (and on) me. The Inking of Immunity project began when a student approached me for a way to study tattooing from the perspective of medical anthropology. Various students in my lab have worked on the study over the years as it has developed.

Finally, I am husband and proud father of three teenage boys.

Does tattooing benefit the immune system? The inking of immunity.

We have results from 2018 study in Seattle!

I'm a little shocked to report to you all that we found more of the same among the participants we sampled in Seattle, which is the specific study you supported. I am not shocked given that this is...

I lay on the mat of the open air ‘fale (bungalow) looking at the geckos on the lights, listening to the rain and wondering if they might fall me. One was chasing a meal right on the hot bulb, but t...

Tuesday, July 9, 2019, 8:47PM in Samoa, 3:47AM in New YorkHi guys,I brought my Apple converter but realized it doesn’t help me with my laptop so couldn’t type up my notes in a letter to you yesterd...

I wrote some field notes as Facebook Messenger letters to my kids and wife. The boys are almost 16. They didn't always read them because FB is a little passe for 16 year olds, but it's was easier to write notes with them as audience. Here are edite...

I wrote some field notes as Facebook Messenger letters to my kids and wife. The boys are almost 16. They didn't always read them because FB is a little passe for 16 year olds, but it's was easier t...

While we are still awaiting news about funding to analyze the samples collected last summer using the money you donated, I wanted to share with you the results from our 2017 field season. We were i...

It's been awhile since I sent out an update, and I apologize. There's a reason--I have been super busy. Also, this note will be super short. Because I am super busy.Back in October I submitted a gr...

Updates from Tattooing &amp; Athletes StudyBefore we went to the field, I submitted a manuscript outlining results from two surveys of tattooing, piercing, related medical complications and varsity...

FAQ: Did You Get Any Tattoos At The Convention? Why Are You Tattooing Yourself?

All summer after our fieldwork, I was asked the same two questions: did you get any tattoos at the convention? And, why are you tattooing yourself? This post is the FAQ to answer those questions, b...