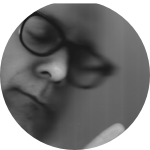 Ken Pelletier is a technologist, designer, musician, photographer and filmmaker, with a focus on social and environmental impact media.

Ken has worked on impact documentary films in several roles, including aerial cinematographer, cinematographer, producer, co-director, and executive producer. He is a member of the Chicago Media Project and CMP's impact investment and filmmaker grant funds.

Ken also serves on the board of Mother Jones Magazine.

Coiba BioBlitz: Discovering the biodiversity of a remote tropical island

This email originally went out with dates in September. Please note that the dates are all in August, as reflected below and in the attached invitation:We are thrilled to announce that, thanks to ...

We are thrilled to announce that, thanks to supporters of this project, there will be a two large-scale photo exhibitions in Panama City, Panama, beginning August 21.There will also be an opening c...