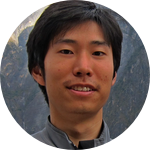 Before embarking on my current trajectory, I was an intellectual property lawyer in Silicon Valley. After several years, disillusionment with corporate legal practice motivated me to engineer a career shift. I moved to China, where I first worked with NRDC's Beijing office and then collaborated with several grassroots environmental organizations.

For nearly two years, I volunteered at a Peking University field biology research station led by Pan Wenshi in the subtropical province of Guangxi, where I studied and advocated for the protection of two critically endangered species - the Chinese white dolphin and the white-headed langur.

In Guangxi, I realized that basing conservation efforts solely on nature's intrinsic value often comes up short. In most countries, economic development is a policy priority, and conservation advocates must speak in terms of quantifiable benefits to humanity if they wish to be heard. Thus, I became interested in ecosystem services and began to study the intersection of local livelihoods, sustainable agriculture, and wilderness conservation.

In fall of 2013, I enrolled in the Ph.D. program of UC-Berkeley's Environmental Science, Policy and Management department. I am now studying interactions among natural vegetation, strawberry crops, and strawberry pests and their natural enemies in California’s Central Coast.

Discovering the ants of Singapore

To everybody who forwarded, publicized, wrote comments, and donated to the project, thank you so much for your support. With your help, my project won 2nd place in the Insects Challenge with over ...

March 6: I spent the last 3 days in the Salinas/Watsonville area of California's Central Coast looking for field sites for this summer's research. Primary criteria were farms with strawberry patc...