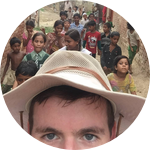 I am a first year graduate student at the University of San Francisco's M.S. International and Development Economics Program.

I'm really excited to be working in Peru this summer, as practicing my Spanish was a top priority for research destinations!

I fell into the field of economic development purely by chance, after taking Principles of Microeconomics as a general elective in community college. I was hooked on the subject, but had no interest in banking or finance - I wanted to do meaningful work that made a difference. Development was a natural fit!

I've previously conducted qualitative research in India on the costs and benefits of private versus public primary education. I'm also currently working on a series of short analytical pieces which explore the feasibility of a universal basic income in the United States.

The Power of Mentorship: Impacts on Female Micro-entrepreneurs in Medellin, Colombia