This research aims to test the external validity of a study conducted in Kenya, where results showed that mentored micro-entrepreneurs gained 20% more in profits relative to a control group and a business class treatment arm (Brooks et al., 2017). They contribute the success of the experiment to social learning, where local knowledge is exchanged through observation of successful individuals (Foster & Rosenzweig, 1994). The experimental design will be replicated within the Latin American context where self-employment is 36.8% (World Bank, 2017). The team's decision to focus on women micro-entrepreneurs was driven by the 81% of the poorest micro-borrowers being female and 42% of all small firms in Latin America owned by women (Daley-Harris, 2007, World Bank, 2011).

Adding a mentorship component to micro-financing will create further benefits for micro-entrepreneurs since mentorship meetings have shown to significantly impact profits, sales, and number of business clients (Cai & Szeidl, 2016; Brooks et al., 2017). Moreover, role modeling has shown to significantly change behavior by increasing aspirations (Riley, 2017). The mentorship experiment among micro-borrowers will reaffirm or negate these results, which can guide policy towards supplementary microfinance programs, like mentorship. The project will also shed light on the cost-effectiveness of mentorship versus other supplementary microfinances, such as business courses.

The goal of this study is to assess the impact of mentorship on sales, profits, and female empowerment among female micro-entrepreneurs in Medellin, Colombia. With the sample of 200 female micro-entrepreneurs, half are randomly assigned to receive an industry specific mentor. Mentoring occurs once a week for 5 weeks, then once a month thereafter. Mentors will coach mentees on business topics using a guided curriculum. At the conclusion of the experiment, meetings may be self-sustained informally. We will identify any increases in profits and female empowerment in the short and long run as a result of mentoring. The data collection will be 4 waves of surveys over the course of one year. The impact analysis will draw policy conclusions for future supplementary micro-finance programs.

Weekly mentoring sessions will be coordinated between successful business owners and female micro-entrepreneurs to facilitate the spread of industry specific, local knowledge. A budget of $2,500 is needed to compensate mentors for their time and the attention given to their mentees as well as travel reimbursements. This budget is calculated by estimating a typical daily wage in Medellin, Colombia for approximately 30 mentors. Each mentor will provide mentoring services to 3-5 micro-entrepreneurs in small groups. Any additional funds will be used to hire more mentors, increasing the outreach capacity for micro-entrepreneurs and the level of mentor to mentee engagement. The additional estimated budget of $1,500 is allocated for enumerators. They will survey both mentees and mentors on key outcome variables, which are necessary to identify the casual impact of mentorship among female micro-entrepreneurs.

I am very excited about this project. For several decades development practitioners have looked to microenterprise development as a primary intervention for addressing poverty in the developing world. Mentorship of entrepreneurs has been shown by recent research to be one promising new approach. If the mentorship of microentrepreneurs proves to have positive impacts on enterprise growth in a number of contexts, it could represent a cost-efficient and highly scalable means of reducing global poverty. 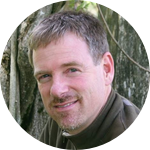 Bruce Wydick
Professor of Economics
University of San Francisco
This is a terrific project that will test in the field how successful mentorship could be in a business context. The team is highly qualified to carry out the experiment. High impact study whose results will be important for both development practitioners and economists.

Baseline survey collection and mentor matching begins in June 2018. Mentor meetings occur weekly in June and July 2018, then monthly from August-December 2018. We track mentee progress for one year with survey waves in July 2018, and January, June, and July 2019. This allows us to observe the short and long term effects, and the sustainability of the mentorship program. Data analysis of short term effects will be presented in May 2019. Long term effects will be presented in May 2020.

Matching of Mentors and Mentees 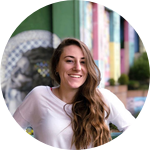 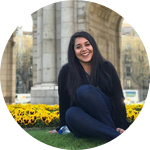 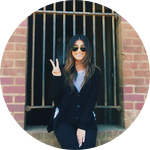 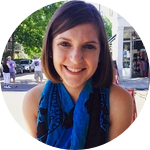 Isabel is a current Master's student at the University of San Francisco in the International and Development Economics program. She was born in Mexico, but grew up in the Bay Area and became very passionate about social justice and development. After graduating from Santa Clara University with a B.S. in Economics she decided to further her education and pursue projects that promote female empowerment in Latin America.

Diana is a graduate student at the University of San Francisco studying International and Development Economics. She earned her Bachelor of Arts degree in Global Economics with Latin American and Latino Studies at the University of California, Santa Cruz. Part of her undergraduate studies included studying human rights in Argentina and Chile. She works full-time as a Research Assistant for Social Policy Research Associates, Inc. in Oakland, California. Her research interests include capacity building for undeserved and vulnerable populations throughout Latin America.

Candy is a Master's student studying International and Development Economics at the University of San Fransisco. She has a Bachelor of Arts in International Studies from the University of California, Irvine. Growing up between the United States and Mexico, she became very familiar with the struggles people in a developing country face. This lead her to become passionate about development and helping the underprivileged. She hopes to continue working on development projects in Latin America in the future.

Theresa is a graduate student studying International and Development Economics at the University of San Francisco. She previously received a bachelor of arts from Loyola University New Orleans in Spanish studies and English writing. With her jesuit, liberal arts undergraduate background, she has become passionate about social justice and advocating on behalf of the marginalized. She is particularly interested in the role of women's empowerment in the development of Latin America. She is excited for the opportunity to continue this pursuit through the female mentorship project in Medellin, Colombia.