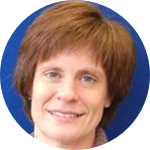 About
I have a long-term interest in understanding the processes that generate variation in DNA. This interest grew from my first exposure to research as an undergraduate – applying DNA fingerprinting to appreciate extra-marital affairs amongst barn swallows - closely followed by a PhD developing similar DNA approaches to study bird of prey populations with Jon Wetton. In the course of this work, I carried out the first proof-of-principle study for the forensic analysis of parentage in birds of prey in the UK and which paved the way for wildlife crime prosecutions. My doctoral work also included monitoring of the then highly endangered British population of red kites resident only in remote parts of Wales, as well as the continental birds forming reintroduction programmes to both England and Scotland. These studies identified the first highly variable avian sex-specific markers, as well as an extremely mutable locus with a pronounced sex bias in mutation rate. This raised my interest in understanding the processes that generate such variation and served as the impetus for joining Prof Sir Alec Jeffreys' world-renowned research group in Leicester, the birthplace of DNA forensic analysis.

As a post-doctoral researcher and beyond, my attention has largely turned to human DNA diversity. I specialise in using single-molecule approaches to understand how newly arising DNA variation occurs as a result of both mutation and recombination, the shuffling of parental genomes, specifically during sperm formation. However, I have not forgotten my roots and am excited to have picked up non-human work again by applying the latest technological advances – forensic genomics.

Last but certainly not least, I have had the pleasure of sharing my life with two wonderful black and white cats!
Joined

The devastating use of cyanide in fish capture for saltwater aquariums: how prevalent is it?