The United States is the world’s largest consumer of coral reef fishes for public and private saltwater aquariums, importing upwards of 11 million wild fish annually. The illegal and deadly use of cyanide, a stunning agent for easy fish capture, is widespread in major source countries. We are assessing the prevalence of cyanide exposure in the most popular species sold in the U.S. Gauging the magnitude of this illegal wildlife trade is a crucial first step toward effectively addressing it.

Cyanide fishing is one of the most destructive fishing practices in the world. It is used throughout much of the Indo-Pacific to stun and capture coral reef fish for saltwater aquariums that are kept in homes, businesses, and by many public aquariums around the world. Cyanide fishing indiscriminately poisons and kills both target and non-target wildlife and destroys thousands of acres of coral reefs each year. About 50% of the fish we’ve surveyed to date have tested positive for cyanide exposure, confirming reports that a substantial number of fish sold for U.S. saltwater aquariums are exposed to this deadly poison in capture. Cyanide fishing mortality estimates combined with our initial results suggest at least 30 million fish may be exposed to cyanide in capture for aquariums each year.

In a number of countries, destructive fishing practices, like cyanide use, pose an immediate threat to the continued existence of coral reef ecosystems—even surpassing threats from climate change, overfishing and pollution. As the world’s largest consumer of coral reef wildlife, the U.S. can play a key role in reducing this harmful practice, particularly because the federal Lacey Act prohibits the import of illegally sourced fish and wildlife. Our project is the first to assess the prevalence of cyanide-caught fish in the U.S. marine pet fish supply chain. It is also the first U.S. study to show that high-performance liquid chromatography with a UV detector (HPLC-UV) is an effective, non-invasive and non-destructive analytical technique for detecting cyanide-caught fish.

The funds will be used to purchase fish and supplies for sample acquisition in addition to paying for sample analysis by an independent lab.

As with our prior three surveys, we will purchase fish from various U.S. retailers and wholesalers in a number of states. We will hold the fish for 24 hours in individual containers of clean artificial seawater, after which time we will collect samples of the holding water and freeze them. Once the target number of test subjects has been reached – approximately 4 weeks from funding success – we will ship the survey batch to the lab for analysis using HPLC-UV. Upon receipt of the lab report (about one week later) we will analyze and incorporate the results, draft the manuscript and submit for publication (fall 2016).

These funds will allow us to purchase and test at least 50 fish, both test subjects and controls, in order to conduct the fourth and final survey in our double-blind study testing at least 150 fish from the top 10 most popular species. We will also use the funds to purchase necessary items, such as pharmaceutical grade artificial sea salt, vials, and other supplies. Finally, the funds will allow us to ship the samples to an independent lab and have them analyzed according to our parameters.

I strongly endorse scientific research into the detection of cyanide in coral reef fish imported to the U.S. for the aquarium trade. The use of cyanide to stun and capture fish, is harmful to coral reefs and the wildlife that inhabit them, and is harmful to the health of captured fish; it is also illegal in many countries where fish are captured, which makes it illegal under U.S. law to import these fish. This research is vital to coral reef wildlife protection, law enforcement, animal health and consumer protection. 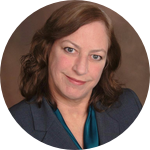 Teresa Telecky
Director, Wildlife Department
Humane Society International
To the detriment of Conservation Management, the fields of Forensic Sciences and Animal Husbandry have not kept pace with the issues of the Aquarium Trade. This research is a significant advance in determining the extent of this illegal and ridiculous practice, and providing a foundation for technology development in detecting cyanide exposure in fish within the aquarium trade. 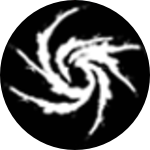 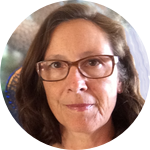 Rene Umberger is the Founder and Executive Director of For the Fishes, a Hawaii based non-profit dedicated to protecting coral reefs and wildlife. She is the creator of Tank Watch, an award winning mobile app aimed at reducing consumer demand for illegal wildlife captured by the marine aquarium trade. A former scuba instructor and underwater guide, Umberger has made over 10,000 dives on reefs throughout Hawaii and the Indo-Pacific.

In 2012 she began collaborating with researchers at the University of Aveiro in Portugal on their project detecting live reef fish illegally collected using cyanide. This was in follow-up to their original work in which they developed a non-invasive and non-destructive approach where fish were not harmed or sacrificed in the process.

In 2015 she sourced an independent U.S. lab and began testing fish in the U.S. using methodology modified from the Portuguese techniques. Also in 2015 she met Dr. Craig A. Downs, academic researcher and industrial biotechnologist, and invited him to join the project as a collaborator.