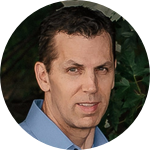 * 2016 Co-author of “The IVC Book” (see ivcBook.com), a 220pg book containing over 250 citations to peer reviewed literature, and is the most comprehensive published work about intravenous vitamin C for cancer.

* 2017 Developed the SuCCeED Against Cancer protocol, based on 1000+ hours of research about IVC. Also based on 1 dozen peer reviewed studies from respected medical journals that demonstrate *how* IVC kills cancer via NAD depletion.

Six year ago a very close friend, who was both a pharmaceuticals scientist and a minister (I was one of his lay-ministry assistants) died of pancreatic cancer. I was at the time frustrated with how the data I shared was not convincing enough for him to try a certain protocol. In fact his reticence seemed justified due to some anomalies in the comprehensive data set, so I set out to greatly improve the protocol.

The result of this 5-year effort was "The IVC Book", with over 220 pages & 250 peer reviewed article citations.

In doing so I discovered a pattern of studies demonstrating that IVC doesn’t just kill cancer through brute force oxidation (the popular belief) but mainly through shutting down the main metabolic pathway for cancer, depriving it of life-sustaining energy. It essentially selectively starving cancer to death, while simultaneously nurturing normal cells. This explained many anomalies in the IVC data, paving the way for a new & improved treatment similar to Pauling and Abram Hoffer's approaches 45 years ago.

The protocol is called "SuCCeED", which stands for Sustained Cancer Cell Energy Depletion.

Am curious where this stands. Am starting something along similar lines: cureforge.com, and am looking for anyone who wants to help move it forward. It's intended to help researchers use best practices in designing medical studies.
kwiKBio: Empowering citizen scientist superheroes to cure disease
View comment
I just visited that facebook page and the owner was berating a visitor for asserting there was a consciousness, and said that he couldn't just make stuff up and assert they were true. I said he was asserting something was true that he made up (that consciousness was a figment of imagination). Then he blocked me, took down my post. No open minds there. No siree. I'd distance yourself from such.
Which Human Physical Aging Biomarkers Validate Genetic and Biochemical Aging Reversal Success?
View comment
Congrats on the great start!
Can Effective Delivery of Curcumin be Used to Suppress Cancer Cell Growth?
View comment