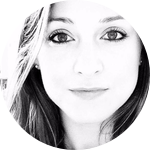 Can music influence the longevity of human blood cells?

Can music influence the longevity of human blood cells?