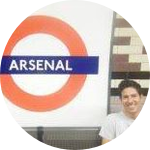 About
James Askew is a Ph.D. Candidate in Integrative and Evolutionary Biology at the University of Southern California: Jane Goodall Research Center. His advisors are Drs. Craig Stanford and Roberto Delgado. His research is focused on orangutan behavior, specifically the “long call" and its role in social and reproductive relationships. Currently he is running a 2-year comparative study of three different populations at sites in Borneo and Sumatra.

James's pledge activity based on country

Projects that James funded that have shared project outcomes