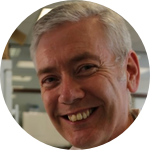 I have used DNA identification methods to investigate animal and human identity, relatedness and population structure for more than 30 years. In my PhD I used DNA fingerprinting to measure mate infidelity in sparrows and showed that 10% of chicks are raised by males who are not their biological parents. This was published in Nature and started the widespread use of DNA in studying wild animal populations and the factors influencing mate choice. We used similar techniques to show that eggs and chicks of birds of prey were frequently taken from the wild and passed off as captive bred. Our evidence helped secure convictions in more than 20 cases involving the trade in hundreds of protected birds.

I joined the UK Forensic Science Service (FSS) as a senior researcher leading development of mitochondrial DNA tests for dog hairs which were used in both animal cruelty and serious human crime cases for example where attack dogs were used. We also created tests to detect the presence of tiger DNA in Traditional East Asian Medicines and methods for identifying the source of illegal bushmeat. In addition I worked with the Specialist Casework Unit to introduce human Y chromosome testing which offered a significant advance in rape investigations as well as validating the extremely sensitive DNA profiling techniques used on human DNA traces.

Following the closure of FSS I moved to the University of Leicester, the birthplace of human DNA Fingerprinting. Here we have explored the use of mitochondrial typing and Next Generation Sequencing in both animals and humans, providing evidence in a high profile murder case. We are currently creating a Forensic Genomics Unit that will develop new methods for the UK and beyond in a dedicated forensic research and casework lab. We also intend to use these methods to identify species of origin of forensic traces in wildlife crime cases and have received a prize in the USAID Wildlife Crime Tech Challenge.

The devastating use of cyanide in fish capture for saltwater aquariums: how prevalent is it?