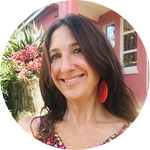 Ever since my first Anthropology course I became fascinated with primates. Once learning that most primate populations are in jeopardy I was inspired to get involved and learn more. Now, after several years of volunteering, doing fieldwork, and many college courses, I am a PhD candidate preparing for another field research project to learn about rural communities and their ape neighbors in the Democratic Republic of Congo (DRC).

I am very concerned about the chimpanzees and gorillas in eastern DRC because their populations are declining so rapidly. They are targets for hunters for meat and are also taken from the wild and sold as pets. Their habitat is also shrinking from large scale industrial agriculture and mining. Often the rural communities living near apes are also vulnerable and do not have many options to make money and are often restricted from land and resources they depend on. The relationship of rural communities, apes and resources is a complicated dilemma that I have sought to learn more about. The perspective, values and knowledge of communities living near ape habitat, I believe, should be brought to the forefront in conservation efforts and assessments.

I have an undergraduate degree in Anthropology, a MSc in Resource Management and a MSc in Environmental Studies. I have done ape related fieldwork in Cameroon and Gabon. In addition I have worked in Rwanda assisting my advisor Dr. Beth Kaplin at the Center of Excellence under the University of Rwanda and in eastern DRC working with a Congolese organization Strong Roots Congo. Here, I had the opportunity to visit remote villages and meet with several people working in conservation in the area including NGO staff, university professors and students. Spending time in the area was very instrumental in preparing for my project.

There is 24 hours left in my campaign if you want to share with your network and encourage others to contribute. I want to acknowledge my amazing research assistants. Without them I would not be ab...

Not too late to contribute

Hello/Jambo/Bonjour/AlohaThanks again to all who have contributed and supported my project. I have reached my goal thanks to you. If you know anyone that may still be interested in contributing, it...

I learned yesterday that my campaign has been FULLY FUNDED! Thanks so much to everyone who has contributed to and supported by project! I am truly grateful. This is not only helpful to me, but help...

Planning / Next stepsMy team and I are currently assessing the next site to collect data. My assistants and I have now finished collecting data in two villages that are located on the northern edge...

Just returned on Friday from the 2nd field site in the village of Bushali in the groupement of Kalambo in the chefferie of Burhinyi. The most stark observation is the landscape matrix dominated by ...

We are preparing to go to the field again this Tuesday the 27th of July. We will go to the Groupement of Kalambo in the Chefferie of Burhinyi in the South Kivu Province. It is just North of Itombwe...

My awesome team and I finished data collection at the first field site. We went to a village called Kalundu in the Chefferie of Basile. We conducted interviews with traditional leaders and had focu...

Hello, I finally made it to Bukavu on Saturday June 5th. Since arriving, I have had several meetings with colleagues for planning field data collection. I have also secured one Congolese research a...