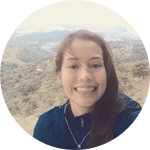 Universidad de Antioquia, Herpetological Group of Antioquia at the Ecology and Conservation of Reptiles line of research

I was born in Colombia, in a city located in eastern Colombia called Villavicencio. Since my childhood I have always been passionate about nature, especially the snakes. I studied Veterinary Medicine, and during my professional life I have been associated with public and private entities where I had the opportunity to work with wild species subject to illegal traffic, perform wildlife rescue and produce statistics on illegal traffic, and conduct environmental workshops on issues such as biodiversity, prevention and attention to ophidian accidents, and environmental regulations. Later, in 2015, I became an investigator of a research project on roadkills of wild fauna in three main roads in the department of Meta, Colombia, where we obtained a first diagnosis of this problem in the region. Based on the results obtained in this pilot project, I wrote my master’s thesis proposal, which I presented to the government of the department of Meta, obtaining from them a scholarship to conduct my master’s studies in the Universidad de Antioquia. I currently am a member of the Herpetological Group of Antioquia, where I am completing my second semester of the masters program.

The highway of death: Snakes vs cars

I HAVE A GIFT FOR MY BACKERS

We concluded us investigation last year, and publish the first scientific article this year Now (as we had promised) we want to gift you a book separator with the theme of our investigation. If yo...

OUR INVESTIGATION HAS CONCLUDED

OUR INVESTIGATION HAS CONCLUDEDWe have done all the field phases and we have just finished our data analysis, we havevery interesting news to tell you. For now, we want to discuss a little more the...

THANK YOU VERY MUCH FOR YOUR SUPPORT!!

Hello. First, I apologize for not posting this note before, but I had to delay slightly my departure from the field. I am back now and want to share with you some new data obtained thanks to your s...

We have done two field trips in the dry season and we found snakes road-kill onall thirteen sampling points selected on the highway in this savannahecosystem.We want to present to you in this lab n...

LANDSCAPE AND SAMPLING COVERSOur study also is sampling in areas adjacent to the road (785,000 m2 at each point), so in our 13 sampling points, we cover a total area of more than 10 km2.Within each...

The Snakes of the Colombian Savannas

We have conducted two surveys during the dry season, of 15 days each, finding a total of 54 snakes within the sampling area (see laboratory note 1). Of this total, 37 individuals were found been hi...

My area of study

Thank you so much for taking the time to check out my project! This is my study area, which is located towards the center of Colombia.  On this map you can see the location of my thirteen sampling...