In the Tsavo Ecosystem there is a corridor that is vital for the dispersal and long-term survival of cheetahs, with potential to connect the populations across the Tsavo East and West National Parks. We will assess landscape use and dispersal routes of cheetahs and identify threats to their dispersal corridor, via camera trap data on three key, connecting livestock ranches. Results will facilitate land management decisions and community-driven initiatives.

The semi-arid Tsavo ecosystem holds one of East Africa's last remaining strongholds for the cheetah. Despite this, increasing levels of human activities in the area (livestock ranches, old and new roads and railways, and buildings for business ventures) are raising the threats to cheetahs and their long-term survival. We will focus on three ranches: Izera (20,000 acres), Maungu (53,000 acres) and Kasigau (52,351 acres) that directly connect along the dispersal corridor, have evidence of cheetah use (including instances of livestock depredation by the cheetah), have known threats to the species (including retaliatory killing, wire fencing, reduced habitat and prey base), host key water sources, and represent current land uses in the larger ecosystem.

Project completion will help secure continued connectivity and reasonable safety for the cheetah which is essential to the preservation of the species genetic viability and long-term conservation. This study will contribute to decisions for the long-term survival of the cheetah through comprehensive reports to Kenya's wildlife authority, relative companies and governmental bodies, media, and scientific publications. It will also lead to community-driven tourism opportunities and the facilitation of land management. In addition, this study will further lead to national and international student placements for research and continued conservation programs strengthening the relationship between the Tsavo Cheetah Project and ranches.

The goal of this project is to assess landscape use and dispersal routes of cheetahs and identify threats to their dispersal corridor that connects the Tsavo East and Tsavo West National Parks. Cheetah movements will be mapped via camera trap data, from fifty units strategically positioned at water points and along fence and boundary lines. Ranches will be mapped to understand threats, including fence-lines that may limit cheetah movement along the corridor and infrastructure or human settlements that may lead to greater risk of death by humans. Analysis will include spatial and temporal associations of cheetah and associations to determine interactions of importance that may be driving cheetah movements along the area or immediate threats to cheetahs.

Using the models and equipment requested here, our organization Tsavo Cheetah Project, through Felidae Conservation Fund have been using camera traps to successfully photo-capture cheetahs. The Project already owns 20 units with memory cards, as well as steel security cases and python locks (essential to the security of the cameras). However, to understand cheetah movements with enough detail to assess connectivity through the corridor, this project requires greater coverage that can be granted by operating 50 cameras. Thus, we are requesting funding for an additional 32 units, inclusive of cameras (Moultrie AM-900I trail camera standard invisible flash kits), security cases, and python locks. In addition, we are requesting lithium batteries for all cameras. Having 2 spare units will allow for contingencies. Vehicle operating costs to and from the three ranches to download data, every two weeks, and Kenyan staff compensation, will be covered by our organization.

As the fastest cat around these felines have to move across large areas to maintain a sustainable population. Tsavo East and West National Parks are split by a road and two railway lines as well as human settlements, which all restrict cheetah movement. This project should progress our knowledge of how this endangered cat uses its modified environment. 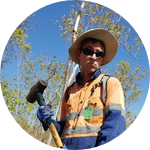 Peter Erskine
Prof
University of Queensland
The Tsavo ecosystem is a stronghold for cheetahs and contains crucial dispersal routes for the species. This study will provide evidence-based data that will inform conservation strategies. The results will also be used to develop local community-driven initiatives, which are necessary for human-wildlife coexistence. Camera traps are an effective, non-invasive technique used to monitor wildlife and I have full confidence in the team's ability to execute this project. In short: I endorse this campaign and highly recommend donating! 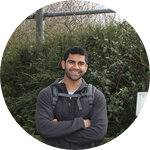 Arjun Dheer
Doctoral candidate, Ngorongoro Hyena Project, Leibniz-IZW
I studied bush encroachment in Namibia trying to understand how it affected Cheetahs. Unfortunately, no strong conclusions could be made because we only counted with presence points datasets. I believe understanding not only where they are, but also their movements will greatly benefit to link this information with fragmentation analysis and how the vegetation plays a key role into this. I'm excited to see the outcomes of this project. 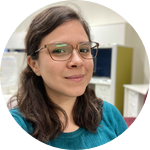 Ana Patricia Ruiz Beltran
PhD candidate - Geo spatial analyst
School of Earth and Environmental Sciences - The University of Queensland
This project is going to provide key information about Cheetah movements in the semi-arid Tsavo ecosystem. This information is fundamental to minimizing human-wildlife conflicts through improving landscape planning. In turn, this will ensure Cheetah populations are conserved while also providing benefits to local communities. I strongly endorse this project for the relevance it holds for mammal conservation and the novel methods it involves. 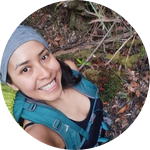 Jaramar Villarreal Rosas
Postdoctoral fellow in socioecological science
Australian Rivers Institute, Griffith University
This work is critical for helping us better understand cheetah ecology in this amazing landscape! Camera trap data will provide insight into the areas most important for cheetahs, while also collecting presence data on a range of co-occurring species in Tsavo (many of which are also species of conservation concern). 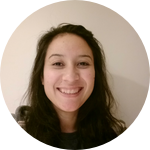 The project will begin in April 2022 and continue through March 2023. Camera trap units will remain in the field until January 2023 when data analysis will be accomplished, through March. In March 2023, we will finalize reports and begin dissemination of results. Dissemination in scientific journals will occur following reports submitted to governmental bodies in Kenya, including Kenya Wildlife Service (KWS), TTWCA, NEMA, KenHA , and relevant media.

Deployment of the camera traps.  Data collection. April 2022 to January 2023: 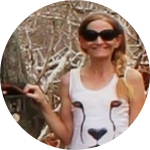 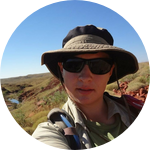 Cherie Schroff, M.Sc., will lead this project, as the Principal Investigator of the Tsavo Cheetah Project, a cheetah conservation-research and education project in Kenya, working under the US non-profit organization Felidae Conservation Fund. Cherie is a National Geographic Explorer who has spent nearly two decades working with cheetah and African predator monitoring techniques, and ten years of leading the project in Tsavo, in cooperation with the Kenya Wildlife Service (KWS). In addition to her seasoned experience setting and collecting data through camera traps, she has established essential working relationships and partnerships with the surrounding communities, landowners, and the Taita-Taveta Wildlife Conservancies Association (TTWCA), which places her in an advantaged position to influence long-term conservation and management decisions for the cheetah.

Dr Lorna Hernandez-Santin is an ecologist and spatial scientist who focuses on minimizing human impact on the environment and its species at different scales, mostly through GIS and remote sensing tools (e.g., data obtained from camera-trapping, telemetry, maps, drones, and/or satellites among others). Lorna has worked extensively with carnivores and their relationships with other species, as well as with other fauna groups and with restoration ecology (recovery following disturbances). For fauna, analyses by Lorna include looking into top-down (predators) and bottom-up (habitat quality) pressures, interactions among species, as well as population dynamics, spatial associations (e.g., habitat suitability, connectivity models, home range), movement rates, and temporal assessments.

Sadly, this campaign has ended over the weekend . We were...

The cheetah is listed as Endangered nationally, under the Wildlife Act of Kenya and as Vulnerable on the IUCN Red List of Threatened Species, with strongholds occurring in southern and East Africa. https://www.iucnredlist.org/sp...