This research project will study same-sex marriage in Ireland, England and Northern Ireland. As a result of my research, I will have an account of how and why, or why not, same-sex marriage took effect in these countries and will be able to help clarify the processes and means by which marriage equality has been achieved or considered elsewhere. Drawing on this study, I hope to provide explanations for why some countries have not yet been able to successfully move forward with marriage equality.

England, Scotland, and Wales, three of the countries that make up the United Kingdom, recognize marriage equality; however, Northern Ireland of the UK, does not. Ireland, formerly part of the UK, also has not yet legalized same-sex marriage, and will be holding a constitutional referendum on marriage equality May 22nd. Though it is interesting to watch this debated in the United States, it is becoming more important to consider European nations, as public opinion and social understanding play larger roles in the decision making for marriage equality than the legal channels individual U.S. states have worked through. If same-sex marriage legalization is voted for with this referendum, Ireland will become the first country in the world to pass marriage equality by a popular, national vote.

Studying marriage equality is critical, because many nations have banned same-sex marriage through legal institutions, and marriage rights are the critical focus at present for discussions of rights and discrimination against the LGBT community. Such discrimination has been a problem for many years, and marriage is simply the most current language with which societies can address LGBT equality. The LGBT rights movement has focused on social and legal equality for decades, and in the past few years has made tremendous progress, especially with political gains in the legalization and recognition of same-sex marriage. England, Scotland, and Wales have legalized same-sex marriage, but Northern Ireland and Ireland have not, which contributes to the continued inequalities faced by LGBT people.

The goal of this research is to compare same-sex marriage rights in Ireland, England, and Northern Ireland, taking into account social and cultural acceptance as well as legal and institutional recognition. I will visit and conduct interviews at British Parliament, the International Criminal Court, the International Court of Justice and more, as well as research local organizations and networks that brought marriage equality to England, through a Global Classroom agreement in England and the Netherlands with my institution. Then, I will apply a political lens to Ireland and Northern Ireland's same-sex marriage discourse, combined with studies of Irish LGBT organizations, and examinations through the Gay and Lesbian Collection at the Public Record Office of Northern Ireland (PRONI Archive).

To complete this research, I have to travel and stay in the countries I am studying, which can be very expensive, and will be about $5000 for me. I have received $800 in travel funds from the Office of Undergraduate Research at the University of South Carolina, and I was granted an additional $1000 through the Women's and Gender Studies Department for my lodging while in Ireland for the referendum, but I really need to raise the full $5000 to complete this research, which means so much to me. The University of South Carolina has agreed that if I raise at least 50% of the $3500 I am seeking to raise through this Experiment fundraiser, they will help cover the rest! Please help me make this research a reality, and contribute whatever you can to the funding page. I am committed to providing updates on my research straight to you, as soon as possible! As I work on my research, I will post here, as well as on Facebook and Twitter. I appreciate, and am so grateful for your support!

Kaitlin has already completed significant work on the language, culture, and history of marriage equality. This research project will be an extraordinary opportunity for her to apply that knowledge and to understand history being made --as Ireland faces a national referendum on marriage in May 2015. Kaitlin is smart, insightful, and determined, and I look forward to seeing her research and conclusions at the end of this project. I hope others will join me in donating in order to make this research project possible. 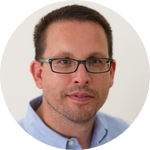 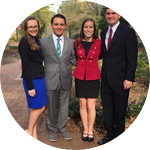 As a member of the LGBT community in what has been called the age of marriage equality, as well as an individual interested in law and government, seeing the two worlds collide has been fascinating. I previously thought marriage equality in the U.S. at the federal level was unthinkable, and for my home state of South Carolina, impossible, but now the Supreme Court is taking up same-sex marriage, and South Carolina has legalized marriage equality. Now, in Ireland, marriage equality is seeking to be affirmed through a popular vote, the first of its kind. History is being made this summer, and I want to research the unique experience, which I have been planning since the Fall of 2014. I am Kaitlin McClamrock, a first-year student at the University of South Carolina, pursuing a double major in Political Science and German with a minor in Women's and Gender Studies. I am involved in Student Government, having served on Freshman Council, and being newly elected to the Student Senate, University Ambassadors, a professional and service organization that serves visitors of the University, and BGLSA (Bisexual, Gay, Lesbian, and Straight Alliance), as the Executive Assistant who serves under the President of the organization. During my time with our BGLSA, I have helped coordinate fundraising and awareness events, as well as assisted in the process of changing the organization's name to IRIS (Individuals Respecting Identities and Sexualities), which will take effect in the Fall of 2015.

1 Lab Notes Posted
Follow along on the blog site Tumblr!