Terra preta soil, made by humans 1-2000 years ago, contains charcoal - known as "biochar" - that helps retain soil nutrients. Little is known about biochar effects in the tropics, particularly to aid forest restoration. We propose to apply biochar to native tree plantations, and to assess soil properties, soil organisms, and tree growth in experiments and in forests with terra preta soil in Ecuador. Biochar has potential to directly aid forest restoration and take pressure off natural forests.

The Ecuadorian Amazon is threatened by deforestation. In this region, once the forest is gone the soil productivity decays dramatically, due to the poor nutrient availability. Paradoxically, in the Brazilian Amazon, very fertile dark “terra preta” soils were first discovered. These anthrosols have high carbon content; their discovery has motivated a great amount of research on charcoal, and coining of the term biochar. However, most current research is in temperate regions, even though the idea was first discovered in Amazonia. Also, very little is known about the insects most immediately impacted by biochar addition. We will implement long-term silvicultural plots, to measure soil physical, chemical, and biological responses to biochar, comparing them with terra preta characteristics.

With your support we will implement the first study of biochar in the Ecuadorian Amazon rain forest. The project will involve additions of biochar in native tree plantations used in forest restoration to analyze the role of biochar in enhancing soil fertility and tree growth. With the help of local students, we will also analyze changes of soil insect communities (ants, crickets, beetles) in the field in response to biochar additions, to better understand these heroes of biodiversity and soil bioturbation. In addition, soils and insect communities of biochar-addition plots will be compared with Ecuadorian terra preta associated with Amazonian millennial cultures.

The project aims to generate alternatives for deforestation in the Ecuadorian Amazon, by enhancing productivity of already logged areas for timber and the productivity of non-timber forest products, as well as recognizing invertebrate bioindicators for biochar in the tropics. With your support we will:

· Generate biochar from an early secondary forest source (Pollalesta discolor), that is generally used to make boxes, leaving small pieces as left over from this activity.

To realize this project, Universidad Estatal Amazónica (UEA) will provide insect identification facilities and native tree plantations located inside the Center for Research, Graduate studies and Amazon Conservation (CIPCA), part of UEA. The University of Toronto will cover the PLFA analysis. However, transportation in the field, kiln fabrication, wood waste purchase, laboratory tests, insect sorting, as well as travel expenses will still need the help of people who are interested in supporting the expansion of science.

The funds requested will serve to: start the field season in Ecuador on July 2017, start biochar production, and contribute to travel and food expenses for beginner entomologist from local communities. Extra funding will be needed for transportation to the local dark soil sites and field assistants. That is why we are also applying for other grants, which are not guaranteed and will be available in further stages of the research process.

I’m sure this research will generate pioneering knowledge for areas under forest reforestation, being conceived in the Amazon, a place of high deforestation risk. Biochar in the Amazon will contribute to understand the interaction between biological fauna and soil performance. Pedro and his team, in my opinion, can do that based on environmental sustainability. I recommend doing this research work, especially when I know the high level of responsibility, honesty and work of Pedro. A researcher who will produce new knowledge in this area. 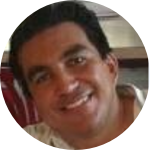 Luis Antonio Alcivar Torres
PhD (s), Assistant Professor
Universidad Técnica de Babahoyo in Los Ríos, Ecuador; Faculty of Agricultural Sciences
No doubt, Amazon region is one of the most valuable on our planet, yet the most threatened by human activities - mainly deforestration. This project will provide an important tool to mitigate the process of biodiversity loss in Amazonian forests and help to educate local communities. I've spent a year working on another research with Pedro at Universidad Estatal Amazónica in Ecuador - deforestration is an important problem in this region, UEA has great facilities to conduct the proposed research and Pedro is well qualified to lead the project. 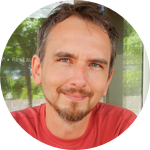 Bartłomiej Gołdyn
PhD, Assistant Professor
Adam Mickiewicz Univesity in Poznan, Poland; Department of General Zoology
I am really confident about this project, I'm sure that Pedro will lead the activities very well because he is qualified for this research. It will be an interesting goal for UEA 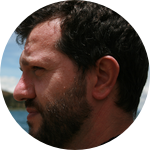 Matteo Radice
Lecturer
Universidad Estatal Amazònica
I have gone through this project proposal, it is interesting and very important for Amazonian Ecuador. Since I worked for 2 years as a researcher in Amazon rainforest of Ecuador, I confidently say that this is really useful for the indigenous communities and Mr. Pedro is a potential candidate to justify the goals of this project. Therefore I would like to Endorse this Project titled "A dark past for a bright future in the Ecuadorian Amazon" of Mr. Pedro Rios Guayasamin. 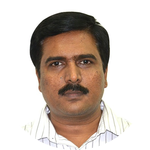 Maddela Naga Raju
Postdoctoral Research Fellow
Sun Yat-sen University, Guangzhou, PR China
It is really good to see that there is this kind of Project. I believe it will answer critical the question and I am sure that it will have a high impact. I had the opportunity to work with Pedro, and I think he is the indicated to answer these very important questions because his qualification as researcher. I am certain that Pedro and his team is going to contribute a lot in this field that will help to conserve the Ecuadorian amazon and and all the benefits that it will bring to society. 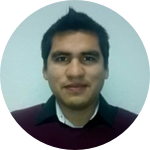 Carmelo Peralta Rivero
PhD. Environmental Science
Centro de Investigación y Promoción del Campesinado
This project is very attractive because it proposes a real alternative solution to deal with the problem of deforestation in the Amazon. The use of biochar in soil can be beneficial to soil biodiversity, particularly macroinvertebrates. I have been fortunate to have collaborated with Pedro studying soil spider fauna and I can assure that he is an enthusiastic person and that he can get the results he brings with this project. 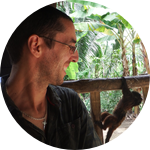 Manuel Cárdenas
PhD Biology
Independent Researcher
This research will provide an integrated understanding of the applications of charcoal in a region where soil degradation is accelerated. The diffusion of the results with local people will generate a tangible impact which can be replicated on a regional level. While working with Pedro in Universidad Estatal Amazónica I realized of his knowledge about the region and his professional commitment for working in such an ambitious project. 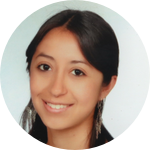 Valeria Fárez Román
Lecturer
Universidad Técnica Particular de Loja
I believe that this project is an important contribution in the subject of conservation of the Amazonía Ecuatoriana. Pedro is the best researcher for this work because we worked in the field and shared various academic experiences in San Luis Potosí, México. 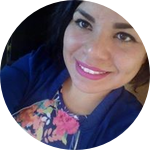 Amaranta Arellano Rivas
Doctora en Ciencias Ambientales, Profesora
Facultad de Ciencias y Facultad de Agronomía, Universidad Autónoma de San Luis Potosí
I know this researcher very well and he is a perfect person to resolve this problem. It is very interesting problem to resolve. I hope that the results will be very interesting to general audience. The research in Amazon are very important especially that a high biodiversity 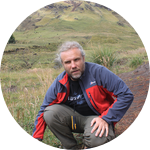 Łukasz Kaczmarek
Assistant Professor
Adam Mickiewicz University in Poznań
I know Pedro since his Master’s degree as a member of his advisor committee during his research work developed in Brazil. This project can contribute with the understanding of the potential use and the impact of biochar application in soil processes as related with soil quality and especially how it relates with soil insects. The results can help the definition of better management of natural resources focused in the interaction of biochar and soil insects as bioindicators in forests production system in the Amazon region. 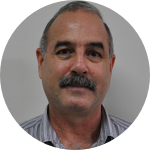 Ricardo Trippia dos Guimarães Peixoto
Soil Science Researcher
Embrapa Soils & Embrapa Forests, Colombo, Paraná State, Brazil
I believe that this project will greatly benefit the Ecuadorian Amazon. I express my full support to the project because Pedro and his collaborators are very good qualified to carry out this research. 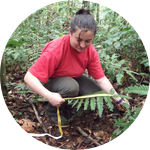 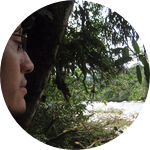 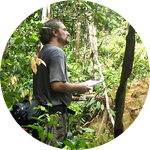 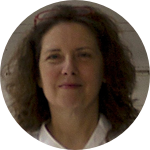 Conscious of the need of a transformation in the Ecuadorian economic production matrix, which will change the current matrix of mainly primary natural resources exploitation towards a green economy productive matrix. I have been involved in rural development advising, improving agroecological systems from indigenous and rural communities. That lead me to explore cutting edge ways of managing the natural resources that Ecuador has to offer. In that quest, I have been working with native silvicultural plantations, soil properties, and invertebrate bioindicators. That is why my interests are focused on non-timber forest products that contribute to climate change mitigation, and also in bioindicators that assess the fitness of new ideas, as biochar, for the Amazon. I believe that in finding explanations for this issues we will generate viable alternatives not only for the tropical regions but for all the regions where those principles can be applied.

Driven by a curiosity about ecosystems and concern for our planet, I have been an active researcher on forest carbon processes and the comparative biology of trees for some 25 years. Recently my lab has taken a turn to the “dark side” of forest ecology – namely the study of charcoal in forest soils, either added as an amendment (“biochar”) or input through natural fires. My research group is particularly interested in char properties, distribution, their impacts on soil organisms, processes, and forest productivity, and the use of chars in forest restoration. I've worked extensively in developing countries ranging from SE Asia to Africa and Latin America.

Bugs and trees are my passion, in other words, 'forest health'. As a 'bug doctor', I have spent most of my 30+ year career pursuing both, from early biological control research in Canada's remote boreal forests up to today, where most of my energy is directed at managing invasive species in urban forests. My lab explores aspects of forest insect ecology and processes of invasion, with keen interest in conservation and understanding how forest practices affect insect community ecology. I have trained over 60 graduate students in these interdisciplinary research areas, working across all sectors, including federal, provincial, and municipal governments, industry, and academia. Finding new species, identifying novel ecological interactions, and making intelligent recommendations for continued life on this planet are my main inspirations.

If you contribute to this project with 500 USD more, you will gain one week at CIPCA’s hotel, a chance to see the project by yourself and relax in a scientific tourism environment, plus a hard-copy of the research results (no travel expenses will be covered).