Alpine plant communities exhibit a high number of species, possibly due to plants' ability to make extra copies of their genomes (a phenomenon called polyploidy). We are using alpine plants to investigate the role of polyploidy in influencing increases in species numbers. We aim to explore facets of adaptation of alpine plants to climate change through collections, DNA analyses, and greenhouse studies.

The research proposed explores questions of speciation in arctic and alpine plant species that extend from the polar regions into southern California in the United States.

The biological systems of this study are the genus Claytonia L. of the Montiaceae, the genus Draba L. of the mustard family (Brassicaceae), and the genus Silene L. of the pink family (Caryophyllaceae). The habitats in which these groups collectively occur are threatened by habitat loss due to the effects of global climate change.

These alpine groups are often dependent upon annual snowfall and snowmelt, both of which can be greatly influenced by climate change. Research with these plants may help to shed light on how they are maintained under environmental stresses, like glaciation cycles and habitat fluctuations.

The proposed activity advances the understanding of the evolution of new species, and is central to our comprehension of biodiversity on Earth.

The Greater Rocky Mountain ranges of North America and Beringian region linking it with northeast Asia deserves our efforts in conservation, and biogeographic study.

Our research will directly benefit the cause of the Northern Rockies Ecosystem Protection Act, as it strives to create larger tracks of wilderness land for the healthy migration of plants and animals in the Greater Rocky Mountains.

The funds requested from our supporters on Experiment.com will be used to support botanical field collection and associated laboratory work.

We seek to understand how species formed and migrated throughout the North American Cordillera. Using genetic sequencing, we can piece together recent and past historic events.

During the Quaternary glaciation cycles, plants evolved specific distribution patterns. We want to understand how populations are related to others due to glaciers that moved them over many years.

By learning historical migration routes of species, we can estimate how species will move in the future as the climate changes. We can learn about how species numbers change over time due to these kinds of environmental changes.

We will learn how species adaptat to alpine habitats.

1. A large portion of the funds will be used for airfare. The two trips that are planned this summer involve flying to Boise, Idaho, and second to the Whitefish, Yukon, Canada.

2. The other major portion of the money will be for a 4x4 vehicle rental.

3. A minimal portion of the funds will be for gas, camping supplies, and food.

4. The expenses for the lab includes disposable plastics, chemicals, and sequencing fees. These funds will be used in the lab in the fall for plant material collected this summer.

If we are lucky enough to go beyond our 100% goal, the funds will be used in the laboratory. 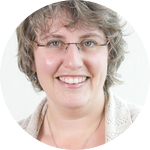 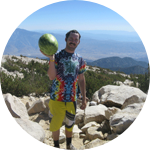 Want to see a bunch of gratuitous plant pics?! Check out my website and click the link to my pictures on CalPhotos as well as some other local problems I'm working on (Current Projects)!
Claytonia.org
I've worked with rare plants for many years, beginning as a technician for the US Forest Service. I am passionate about alpine botany, particularly in the Desert Southwest, where the bulk of my research focus has been thus far. My experience hiking through the years and my background in athletics (swimming and water polo), taken in combination with an attention to details of ecology and both micro- and macro-morphological characters of habitat specialists, make me well suited for the extremely strenuous work associated with alpine botany. Biodiversity is ultimately what I am interested in recognizing and protecting, informed by a better understanding of the origin of novelty and rarity in this group. Not to mention that the watermelon tastes better when you're above the inversion layer!

13 Lab Notes Posted
Yukon Territory -- tremendous strides following a bumpy...
Arrived in Boise -- another update on the first half of...
One week in and there is already too much to talk about...

Dr. Jordon-Thaden's recent awards for her mentoring and research: