Adaptive radiations occur when an evolutionary lineage diversifies and adapts to use a previously unoccupied niche or underutilized resource, such as Darwin’s Finches. We seek to test hypotheses about the patterns and processes that generate an adaptive radiation by quantifying the morphological diversity of a secretive species-rich group, the New World leaf-litter geckos. We will compare the morphology of island and mainland gecko species using x-rays and photos of preserved specimens.

Adaptive radiations occur when an evolutionary lineage diversifies into new forms to exploit previously unoccupied niches (e.g., new habitats). Island ecosystems contain multiple instances of adaptive radiations as mainland forms colonize new islands, leading to their rapid diversification. New World (NW) leaf-litter geckos (i.e., sphaerodactyls) are a group of small-bodied and species-rich group of lizards (7 genera; 172 species) that have a circum-Caribbean distribution, including all of the Caribbean Islands, Central America, and parts of South America. Due to their secretive nature and small size, these species have not garnered much attention from biologists as compared to more conspicuous species with which they co-occur (e.g., Anole lizards, genus Anolis).

East African cichlids and Darwin’s Finches are exceptional classic examples of adaptive radiations. Biologists still debate as to how generalizable these examples are and whether existing case studies allow us to derive general principles of what an adaptive radiation is and how it proceeds. Therefore, identifying and studying additional instances of adaptive radiation should be a high priority, particularly if these new examples can help test existing hypotheses, such as whether adaptation occurs in predictable stages. We hypothesize that NW sphaerodactyl geckos represent an undescribed adaptive radiation and that island species have undergone greater morphological diversification compared to mainland species.

We will visit the Smithsonian Institution Herpetology Collection to obtain X-rays and photographs of preserved gecko specimens. From the X-rays and photos, we will measure and compare the adaptive traits associated with feeding (skull shape) and habitat use (scale type) of island and mainland species.

The donations here will be used to assisting in completing a large dataset on the morphological diversity of the New World leaf-litter geckos. The budget is designed to support two researchers to spend one week in Washington D.C. and the costs associated with being able to access to specimens housed at the Smithsonian Research Institution. The Smithsonian Research Institution has the largest collection of sphaerodactyl geckos in the United States. The Smithsonian has a digital x-ray facility which is available for our use, which will use to x-ray and photograph sphaerodactyl gecko specimens.

This project is a necessary component in quantifying and assessing the hypothesis of an adaptive radiation in these under-studied geckos. As one of the researchers who helped to document the adaptive radiation in Anolis lizards, I am confident that the results of this project will yield useful and insightful results. The research team have the expertise in genetics and morphology required to address the questions raised by this project. 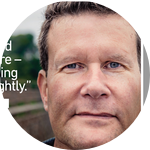 Todd Jackman
Professor
Villanova University
Adaptive radiation is an important and no area has received more study than the Caribbean, particularly reptiles and amphibians. Oddly, however, the highly diverse leaf litter geckos have received little study. This project--combining state-of-the-art methods to study morphology and evolutionary relationships, will begin to rectify this shortcoming. Highly recommended! 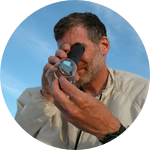 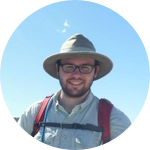 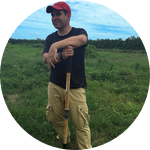 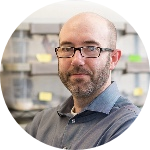 My research seeks to understand the mechanisms of species coexistence in ecological communities. I have long been fascinated with biodiversity, especially reptiles and amphibians. This passion has lead me to work in a number of systems and species, including the giant salamanders (Siren and Amphiuma) of the southeastern U.S. and the frogs of the impenetrable Gran Chaco thorn forest in Bolivia.

I am a reptile morphologist, specializing in geckos. I am interested in learning about lizards and snakes (squamates) in general, including living and extinct forms. I have an active lab at Sam Houston State University, with three Master's students and four undergraduate students working on a diversity of projects on squamate morphology. We use state of the art approaches to study anatomy and systematics, including CT and diceCT digital methods.

Geckos are a charismatic, diverse group of lizards that are frequently characterized by presence of toepads which allow them to climb vertical surfaces. I have been interested in miniaturized geckos since 2001, when I first encountered them during fieldwork in Puerto Rico. These animals really changed my perception of the world, as these tiny animals can help answer many of biology's big questions.

I am an evolutionary biologist at Marquette University in Wisconsin. My research examines the evolutionary processes that generate biological diversity. In particular, I use genetic data to reconstruct the evolutionary histories of geckos and other lizards. This work has led me around the globe to study geckos in their natural habitats - from the Peruvian Andes to the deserts of Namibia. My interest in dwarf geckos began when I was a PhD student and continues to the present. I have published several papers investigating dwarf gecko evolution and biology. However, there is still much to learn from these tiny creatures! I am eager to continue investigating the evolutionary strategies that have made dwarf geckos so diverse and successful.

8 Lab Notes Posted
We're at the Smithsonian Natural History Collection!
The trip is set!
We made it! 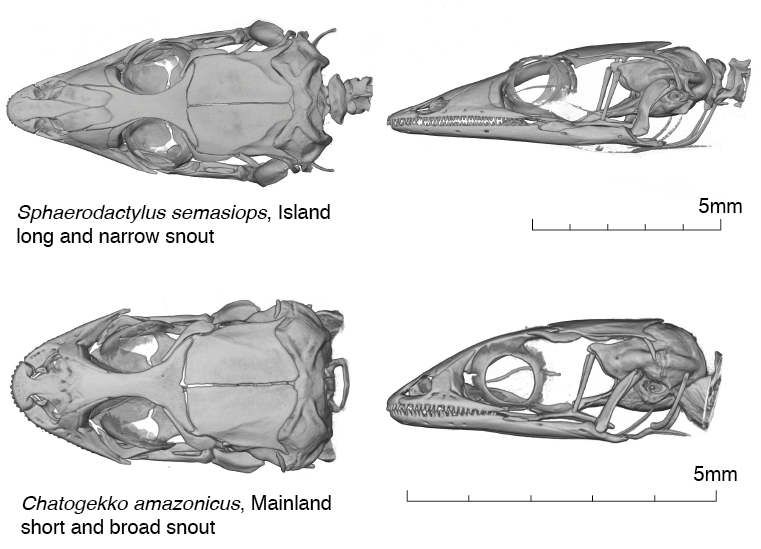