The neurodegeneration that ultimately leads to Alzheimer's disease begins one or more decades before cognitive impairment is evident. As eventual therapies are ultimately achieved, it is therefore equally important to develop methods capable of detecting the molecular events responsible for neuronal death. We are very interested in exploring the potential of a novel compound to allow the early detection of Alzheimer's pathology by MRI.

The amyloid-β (Aβ) peptide is generated in the brain, however in many individuals Aβ initiates a cascade of events that over decades leads to neurotoxicity and ultimately Alzheimer’s disease (AD). The Aβ peptide forms aggregates, ranging from small soluble clusters (oligomers) to the large insoluble amyloid plaque deposits. While the presence of amyloid and disease has proved confounding, genetics strongly point to Aβ's causative role in AD. Mutations resulting in early onset AD drive increased Aβ production, and mutations that lower Aβ production are associated with a decreased risk for AD. Evidence now points to the oligomer form of Aβ as central to driving AD. Unfortunately, current imaging capabilities lack the ability to detect and localize oligomeric Aβ in the brain.

Because considerable brain damage has already occurred before a definitive diagnosis of dementia can be made, it is imperative to develop methods capable of detecting the AD process at the earliest possible stage. MRI imaging of oligomeric and amyloid Aβ in the brain would provide a non-invasive, practical method to detect the early disease process. However, this requires the devolvement of a contrast agent with a high affinity for Aβ and permeability across the blood brain barrier. Gadolinium chelates are ordinarily used to provide contrast in MRI, but have chemical limitations and pose a significant risk for adverse reactions in humans. We have devised a compound with a demonstrated affinity for Aβ amyloid and oligomers as well as the magnetic property enabling contrast in MRI imaging.

The innovative compound we wish to develop for detecting harmful Aβ at the earliest stages of the Alzheimer's process is called a spin-labeled fluorene (SLF). This is a bi-functional molecule, with the one part responsible for targeting the compound to Aβ and the other portion of the molecule containing the paramagnetic species responsible for producing contrast in MRI. The contrast portion utilizes a nitroxide spin label and the targeting portion contains a fluorene chemical species (thus the name SLF).
Project Goals:
1) Demonstrate in a synthetic experiment that SLF binds to Aβ at a density sufficient to produce contrast enhancement in MRI.
2) Demonstrate that SLF specifically localizes to Aβ-enriched regions in brain tissue.

This is a high-risk, high-reward endeavor. In order for us to launch this exciting and innovative project, we need funding to cover two areas:

1) Researcher Effort: We need funds to support a portion of the effort devoted by a Project Scientist who will be preparing the samples and participating in all the imaging and NMR measurements. Professor Voss, the director of this project is not requesting any salary support.
2) Imaging and NMR measurements: We need funding to cover the imaging and NMR expenses associated with our measurements. The University of California Davis offers world-class instrumentation for these services, however fees are charged for both the time and operation of theses instruments. Depending on the instrument used, these costs can exceed $100 per hour.

While our minimum target is $5k, we are seeking additional funds ($10k), that will enable us to do a lot more. Specifically, we want to obtain a preliminary MRI image of SLF contrast in a mouse brain. This will be set as a stretch goal once we hit our initial target. Achieving this stretch goal will provide for the purchase of antibodies for probing the presence of Aβ in brain tissue, animal care costs, imaging charges, as well as additional researcher time. 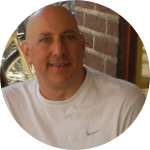 The Aβ peptide originates from the cutting of a larger protein, but when removed from its normal architectural context, adopts a restless structure. This lack of definition in Aβ corresponds to its ability to disrupt multiple systems, making Alzheimer's a very challenging problem for biomedical researchers. My interest and motivation to study the core of the Alzheimer's disease process is complemented by my career's focus of investigating protein structure, dynamics and assembly. Our lab contains, or has access to, multiple state-of the-art biophysical tools that we employ to observe the Aβ peptide.

Exploring the potential of the SLF compound to serve in the early diagnosis of Alzheimer's represents an entirely new avenue of research for us. We have ongoing studies to determine if SLF can detoxify the Aβ peptide, such that the SLF (or future versions) could serve as a therapy to combat the progression of Alzheimer's. A publication of this work can be found here:
http://www.plosone.org/article/info%3Adoi%2F10.137...