Our mission is to develop a gene therapy to combat HIV. Our vector is intended to confer a therapeutic gene safely and permanently into living humans after a single administration, which activates during HIV infection to prevent release of HIV particles from infected cells, then represses its own replication when the HIV is gone. This therapy improves on traditional vaccine approaches, protecting infected and uninfected persons alike.

The field of Gene Therapy has been expanding, with clinical trials of genetic therapies for blindness, SCID, and leukemia garnering public attention. Genetic therapies for HIV exist, but as yet await a safe, effective, and long-lasting way to introduce those genes into a living human.

VectorGen's vector will introduce the defensive genes, and then shut off its own replication so the patient doesn't die of the cure. The vector activates in response to HIV challenge, and is briefly disinhibited, so as to introduce the cure genes into new T cell populations on an on-going basis.

Although self-inactivating vectors already exist, our is the first, to our knowledge, that auto-inhibition has been made contingent on eradication of the target virus.

Although the development of the drug "cocktail" has changed the diagnosis of HIV-infected from a death sentence to a manageable chronic illness, several problems remain. The drugs have uncomfortable side effects, or sometimes stop working. They are expensive. Bio-researchers universally agree that because HIV can harbor in literally any cell in the body, there will be no "silver bullet" to eradicate it entirely.

The significance of an actual cure for HIV would be difficult to overstate. Once the genetic mechanism of our vector is proven, it would be possible to deliver genes that target anti-HIV antibodies, enabling sero-reconversion. Just imagine what that would be like for an individual who has been HIV-positive for years.

In order to support a solid application for funding for bioresearch to the National Institutes of Health - the primary source of funding for academic research - one needs what is called "prior data." Many researchers start their careers with training grants that are founded on the research of their mentors; however, our proposed research is entirely too groundbreaking for this approach.

Several genetic approaches to curing HIV have been developed, and even found to work - in vitro. Our vector will deliver therapeutic genes into a living human. To accomplish this, we need to show that the therapeutic genes will successfully inhibit HIV production; that the vector's auto-regulatory mechanism will work once the HIV is gone; and that the vector is transiently activated during HIV infection. Funds raised by this crowd-funding effort will provide the necessary prior data to support grant applications to the NIH to continue these studies.

This research will study a novel vector that will regulate itself, and express an inhibitor for HIV-1 replication. The inhibitor will increase in the presence of virus, and then shut off when virus is gone. 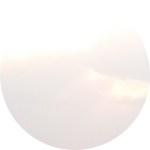 Introduce the HIV inhibitor into cultured cells, challenge with HIV 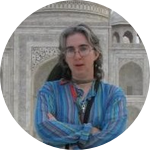 Laura Prendergast is fundamentally a Cell and Molecular Biologist. She received her BA in Biology from Columbia University (where she was trained by the likes of Nobelist Marty Chalfie), and an MS in Recombinant DNA Technology from New York University. Besides Gene Therapy, she is extremely well-versed in a number of sub-disciplines in the field of Biology, including Neurobiology. The original idea for the genetic vector we are proposing to develop occurred while studying the lambda repressor in Molecular Biology of the Gene, the genetics textbook by James Watson.

Laura Prendergast has expertise in a vast array of Cell and Molecular laboratory techniques. She has worked as a Research Technician in the Immunology laboratory of Dr. Jon Harton at Albany Medical College; and as a Cell Biologist at GE-Global Research. Her experience includes work as a Business Manager for Dr. Lorna Role while at New York State Psychiatric Institute, where she gained first-hand experience in the functions essential to keeping a busy laboratory operational. She has taught Human Neuroanatomy and Genetics to Medical students at The Sophie Davis School of Biomedical Education and at City College in New York City. She has also taught General Biology (lecture and lab), Anatomy and Physiology, and Environmental Conservation courses at Berkeley College and at Bergen Community College in New Jersey.

The Making of an HIV Cure

VectorGen, a biotechnology startup dedicated to HIV cure research, has partnered with a bio-researcher at Tulane University to perform crucial proof-of-concept experimentation on a safe, effective, long-lasting delivery system for HIV cure genetics. In an effort to get prior data for future NIH grant applications, the researchers are turning to the crowd-funding platform Experiment.com to fund the research.

Gene therapies for HIV exist, and have been found to work. But scientists are awaiting a way to deliver those genes safely into a living human being on a long-term basis. VectorGen hopes to accomplish this with a unique delivery vector that self-inactivates after neutralizing HIV in infected cells.

Once validated, the delivery system could be used to deliver transgenes to eliminate HIV antibodies from HIV-positive persons. In essence, this promises to enable sero-reconversion to an HIV-negative state.

“It would be hard to overstate the significance of an actual cure for HIV”, says project leader Laura Prendergast. “The economic and social effects alone…would be seismic.”

In using Experiment to help raise the funds, VectorGen will be sharing reports of progress in real-time. In return for backing the project, donors will also be recognized when the results are published in an open-access journal.

If fully funded, the project’s findings would have enormous implications for the treatment of infectious diseases. For example, the delivery system could be retooled for treatment of any other characterized virus.

The platform, Experiment, recently surpassed $1,500,000 in total funding raised. Scientists using the platform have been featured in The Economist, Forbes, Nature, and The New York Times.