The large amount of time people spend on social media is a growing cause for concern among health professions. Social media use can be considered problematic when it interferes with an individual's work, school, sleep, or relationships. Despite the abundance of apps designed to block access to user-specified sites, little research has been conducted. The primary purpose of this study is to assess the effectiveness of a commercially available application at reducing social media use.

In 2019, the average social media user logged 144 minutes on social media platforms daily (Global Web Index, 2020). The increasing time people spend on social media sites is an issue of increasing concern to health professions (Willoughby, 2018). For some individuals, social media use can become problematic. Social media use is considered problematic when it interferes with aspects of an individual's life such as work, school, sleep, or relationships (Chahal et al., 2012, Owusu-Acheaw & Larson, 2015, Woods & Scott, 2016, Zivnuska et al., 2019). A 2018 Pew Study found that young adults have more social media accounts across more platforms than other age groups, and access them more frequently (Pew Research Center, 2018).

A plethora of computer and mobile apps have been developed to block access to user-specified websites and programs, yet little research on their effectiveness has been conducted. Whether or not these applications are effective at reducing time spent on social media is still unknown, as well as whether individuals will continue to use the applications once downloaded or even find them acceptable to use. Having experimental data to show whether or not these apps are effective at treating problematic social media use is an extremely important step forward for both clinicians' and the general population's handling of this behavioral issue.

The primary goals of this project are to determine the effectiveness, acceptability, and adherence of a widely available app to reduce social media use. We'll determine the effectiveness by measuring time spent on social media and comparing it across phases. We'll use a reversal design (Kazdin, 2012), which involves a baseline phase where we just monitor social media use without intervening, followed by treatment implementation. To ensure that it was our treatment that was effective and not some random variable that influenced the participant's social media use, we'll replicate both phases. We'll assess adherence by checking the session history of the application to determine if the participants actually used the app as scheduled or shut off the "blocking" sessions.

The present is an extension of Ms. Stinson's previous work on functional approaches to assess social media use (SMU), with the goal of informing interventions for social media overuse. The within-subject experimental design is appropriate for this question, as it lends to the clinical significance of SMU reduction at the individual level. Moreover, problematic SMU has increased, with far-reaching effects on health and well-being. Thus, I believe Ms. Stinson's background makes her very capable in beginning to address this pressing problem. 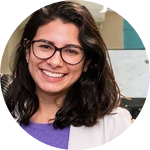 Our expected timeline is rather simple. We would like to recruit a pilot participant first to ensure that our research plan is realistic and feasible. Once that participant has completed the majority of our protocol, we will begin recruiting additional participants. We hope to have data collection complete and all participants through the protocol by January 31, 2021. 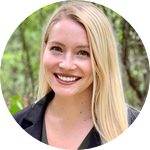 Lesleigh Stinson is a Ph.D. student in the University of Florida’s Psychology Department with a concentration in Behavior Analysis. In 2015, she graduated from the University of Florida with a Bachelor of Arts degree in Psychology. Subsequently, she attended Western New England University where she earned a Master of Science degree in Applied Behavior Analysis. While studying at Western New England University, Stinson worked at the New England Center for Children where she taught children with autism and related disabilities. Between the two institutions, she gained a diverse range of clinical and research experience. As a clinician, she assessed and treated severe challenging behavior. As a researcher, she worked on human operant and basic research preparations, including her thesis entitled Area Under the Curve as a Measure of Demand Elasticity.

Since attending the University of Florida in 2018, Stinson has expanded her research interests to studying social media use and cigarette smoking. Her particular interests include research in behavioral economics and teaching at the university level. Her current projects include an analysis of the potential determinants of and treatment for problematic social media use. She can be reached at lcraddock@ufl.edu.

There is not room to discuss the additional goals and aspects of this study. If you're interested in more information, please reach out to me at lcraddock@ufl.edu and I'd love to provide more detail.