We are excited to announce that our research has been published in the peer-reviewed journal Marine Ecology Project Series! In this paper, we analyzed seven skeletal features of scleractinian coral colonies that have been historically employed to infer physiological integration. We discovered that highly integrated coral colonies (i.e. colonies whose polyps coordinate with each other in response to injury, predation, disease, and stress) have a lower bleaching response than colonies with more isolated polyps. These findings will assist scientists to identify at-risk coral species and better understand why some species resist bleaching more than others.

Physiological integration of coral colonies is correlated with bleaching resistance

Reef-building corals are bleaching and dying at unprecedented rates due to ocean warming. However, corals bleach at very different rates- why? Corals are association of animals and symbiont algae that feed them. Some corals have skeletons that scatter light back to their algae much faster increasing light availability but that increases their risk of bleaching. We want to identify the skeletal morphological characteristics that may increase the risk of bleaching to better protect coral reefs.

Corals bleach at different rates. Several factors extrinsic (e.g., environmental) and intrinsic to the coral (e.g., type of symbiont algae or early transcription of key genes) seem to affect the response of the coral to bleaching. Corals are efficient optical machines "growing" algal symbionts which feed them through photosynthesis; skeletal light scattering can increase the light available to the algae. We want to identify the underlying skeletal structures at different scales that are responsible for increasing the light availability to the symbiont algae in the tissue; from the microscopic calcium carbonate grains, to corallites (structures housing the animal), to the whole coral colony.

Coral bleaching is a response to thermal stress (i.e., increase in ocean temperature). Because high radiation together with high temperature exacerbate the bleaching response, we want to identify the skeletal structures responsible for increasing the light microenvironment of the symbiont algae which would increase stress and precipitate bleaching. Because coral morphology is adapted for light collection, identifying the skeletal structures at different scales that affect light scattering and thus increase the light availability to the Symbiodinium algae will allow us to identify corals at higher risk of bleaching. Light collection has been hypothesized as one of the major evolutionary driving forces in reef-building corals.

We want to characterize light-scattering in corals and identify the morphological structures that increase light availability to the algae and increase the risk of bleaching. Firstly, we will measure various skeletal features in 100 museum coral skeletons previously characterized in regards to their light scattering and sub-micron morphology. Secondly, we will analyze using imaging, statistical and in particular phylogenetic software packages that correct for evolutionary relatedness of the different corals which may have evolved similar strategies if closely related. Thirdly, we will measure light scattering and morphology at different scales in live corals to predict which corals will be at higher risk of bleaching. In the future, we will bleach these corals to confirm our predictions.

We also would like to measure light scattering properties and sub-micromorphology in live corals and in corals collected from specific areas (e.g., a reef slope with increasing depth). We would measure these properties at all scales; from the sub-micron size of calcium carbonate grains to the centimeter size of colony. For that we will need to collect them in the reef and bring them to an aquarium to keep them alive and do the measurements.

This is an extremely exciting and significant project. The impeding death of coral reefs would have more dire ecological consequences than the deforestation of equatorial forests. It is absolutely crucial to understand how the coral reefs bleach and die. Existing hypotheses did not answer these questions. This project shines new light on the subject and has the potential to revolutionize the field. When the factors that make some corals die while allow others to be more resilient are known, we can start saving coral reefs. 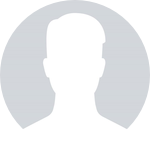 Vadim Backman
Professor
Northwestern University
This is a great team of biologists doing really important work on coral bleaching! An important goal of this research project is to understand more about why corals bleach and die, so we can potentially do something to help coral reefs survive. This project is a great blend of biology, biophysics, lab work and field work, with an excellent crew to get the work done. I am donating to this project and hope you will too! 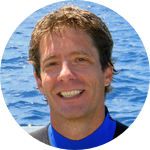 Mark Westneat
Professor
University of Chicago & Field Museum of Natural History
Coral reefs are ecological and economical resources of enormous importance. That coral bleaching threatens the world’s coral reefs is by now common knowledge. The demise of the reefs may seem inevitable to some. However, the more we know about the mechanisms of coral bleaching, the better a chance we have to mitigate or even prevent this phenomenon. I therefore wholeheartedly support the efforts by Luisa Marcelino’s team to elucidate some of these mechanisms. We need more of this kind of research if we want to save the planet’s coral reefs. 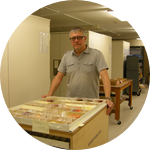 Jochen Gerber
Collections Manager - Invertebrates
Field Museum of Natural History
Light is of critical importance for coral health since these cnidarians house photosynthetic algae within their cells. However, light is a double-edged sword; too much can actually cause corals to bleach. The intra-coral light environment has been notoriously difficult to characterize, but these guys have made incredible breakthroughs in this topic using new imaging/optical technology. Therefore, I am extremely confident that the proposed work will unveil even more insight into the relationship between skeletal architecture & coral bleaching. 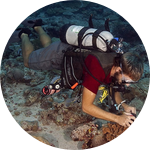 Anderson Mayfield
scientist
Coral Reef Diagnostics (http://coralreefdiagnostics.com)
This project addresses a key issue in coral reef ecology: identifying why some species are susceptible to bleaching and other not. This project builds on a number of recent significant resesarch findings by Tim Swain and his colleagues and I am confident more exciting discoveries await this team. 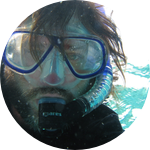 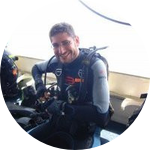 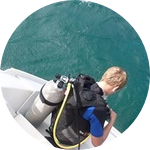 I am an ecologist and molecular phylogeneticist who uses interspecific interactions between marine invertebrates to examine questions of symbiosis evolution, the role of symbiosis in promoting and maintaining biological diversity, and the effects of climate change on symbiotic associations. I use an integrative approach, employing the methods of evolutionary biology, experimental field ecology, molecular phylogenetics, histology, photophysiology, meta-analysis, functional morphology, and systematics as tools to understand the evolution of symbioses. Much of my research focuses on tropical reef corals (Scleractinia), zoanthideans (Zoanthidea), and their associated photosynthetic dinoflagellate (Symbiodinium) symbionts and invertebrate hosts

Check out our lab in the news!

After diving in the Caribbean before my junior year of high school, I fell in love with the natural beauty of coral reef ecosystems. Now a master diver, I have traveled to many locations, including the Bahamas, Mexico and Little Cayman, and I have been blown away by the unique biodiversity at each dive site. During my time at Northwestern, I have been studying why so many corals are bleaching and dying on a monumental scale. Without a concerted human effort, it is very possible that coral reefs could face extinction by the end of the century, and it is my goal to combine my engineering background with my passion for reefs to prevent further reef destruction and rebuild colonies that have already experienced mortality.

I am an undergraduate student at Northwestern University studying Environmental Science and Biology. I recently spent a semester at the University of Sydney in Sydney, Australia, where I became increasingly aware of the widespread problem of coral bleaching. Following this experience, I hope to incorporate my interests in marine ecology into my future endeavors.