Might people's heights impact their charitable giving in terms of both their money and time. Prior research suggests that taller people feel superior to others around them, and others tend to hold them in the same regard (Thomsem et al. 2011; Undurraga et al. 2012). If so, then this should impact charitable giving -- tall people may want to maintain their feelings of dominance, and one way of doing so is to be less charitable and get others to maintain in their place in society.

Over the years, researchers have started examining the evolutionary bases for various choices and decisions. For example, men take greater risks in many domains because women like men who take risks (Baker and Maner 2008). Similarly, the use and display of luxury goods can help women signal to other women that they are in strong, committed relationships (Wang and Griskevicius 2014). The decision to give money and volunteer also has evolutionary bases. For example, men have been found to donate more money to signal to women that they are generous (Iredale and van Vugt 2012). Because evolution has also shaped how tall individuals see themselves and how other people see them, physical height might also have an effect on charitable giving. This motivates my current research.

We know that taller people -- especially taller men -- are more respected and they earn more money (Deaton and Arora 2009; Judge and Cable 2004), but we don't know how taller individuals might make choices or act in ways that differ from their shorter counterparts. So, my research will add to an understanding in this domain in two ways. First, my findings, if they are confirmed, will strengthen the link that taller individuals feel more dominant than and superior to others. Second, they will also be the first to empirically demonstrate the link between feelings of dominance (more academically known as Social Dominance Orientation; Pratto et al. 1994) and charitable giving, thus adding to an understanding of the evolutionary processes behind charity.

The project will involve data collection from online participant pools. Participants will be asked about their height and other demographic variables. They will also indicate how often they donate to charity and volunteer their time. Finally, they will complete various questionnaires including Social Dominance Orientation (Pratto et al. 1994). The research will primarily be survey-based. I will analyze using multiple regression techniques in order to determine the relationships between physical height, Social Dominance Orientation, and charitable giving. I will also statistically control for other possible variables such as age and income in order to strengthen the view that it is people's heights that impact their charity through feelings of dominance, and not through another means.

I would be interested to learn the results of this proposed research study. I believe Dr. Chan has the skills required to answer this research question. 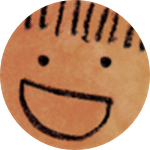 Adrian Camilleri
Lecturer
RMIT University
I think this is an interesting and promising project. Eugene is an excellent researcher who is always able to generate and validate ideas that have important impacts on everyone's life. 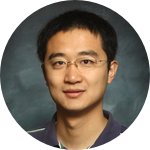 Yitong Wang
Lecturer
University of Technology Sydney
It is very important to explore factors that affect charitable behaviour. I'm very excited about Eugene's project because I think it will help shed some much needed light on why certain people are more charitable than others. I hope that you will support this project. Thanks!
Geetanjali Saluja
Lecturer
University of Technology Sydney 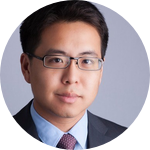 I am a prolific researcher in marketing, and I use primarily experimental psychology methods to study consumer behaviour. My previously published work has been in financial decision-making (e.g., gambling, risks, investments), while my recent interests have been in understanding charitable giving -- why do people donate money/time? How do we increase these donations?

This research is being conducted within the Monash Business School at Monash University in Melbourne, Australia. Ethics approval has been received from Monash's ethics review committee.