Human development of New York and other large cities has led to disrupted urban ecology, including the decimation of once widespread native oysters. Oyster restoration is important for defending against storms, keeping the water clean, and sustaining fisheries and ecosystems. Our study will monitor oyster restoration at Soundview Park, Bronx, using both traditional surveys and cutting edge environmental DNA (eDNA) techniques.

Soundview Park oyster restoration will counteract aquatic habitat degradation and species loss from urbanization. Without native oysters, these ecosystems may become more vulnerable to pollution, invasive species, and disease. An important role, oyster reefs serve as physical barriers that protect land against strong storm surges, and could have defended against events like Superstorm Sandy.

As organisms live and die they leave a mosaic of DNA from cells, secretions, or excretions that constitute eDNA. Next generation sequencing can be used to analyze this genetic material collected directly from water and soil. However, surveys and morphological examinations are a traditional form of taxon identification. 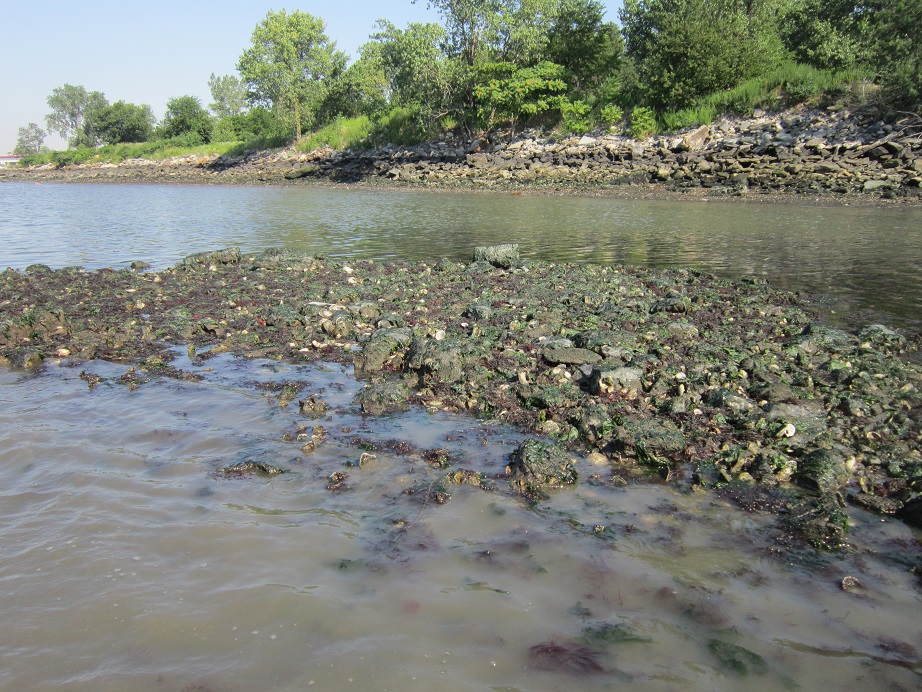 My project is focusing on the power of eDNA analysis using next-generation sequencing methods, in comparison to traditional morphology. Morphological examinations uncover commonly found species at the sites. In contrast, eDNA may reveal additional community members, such as those that have remained unobserved due to size or rarity.

This multidisciplinary data on communities at restored and control sites will provide an ample ecological assessment which is important for future restoration planning. 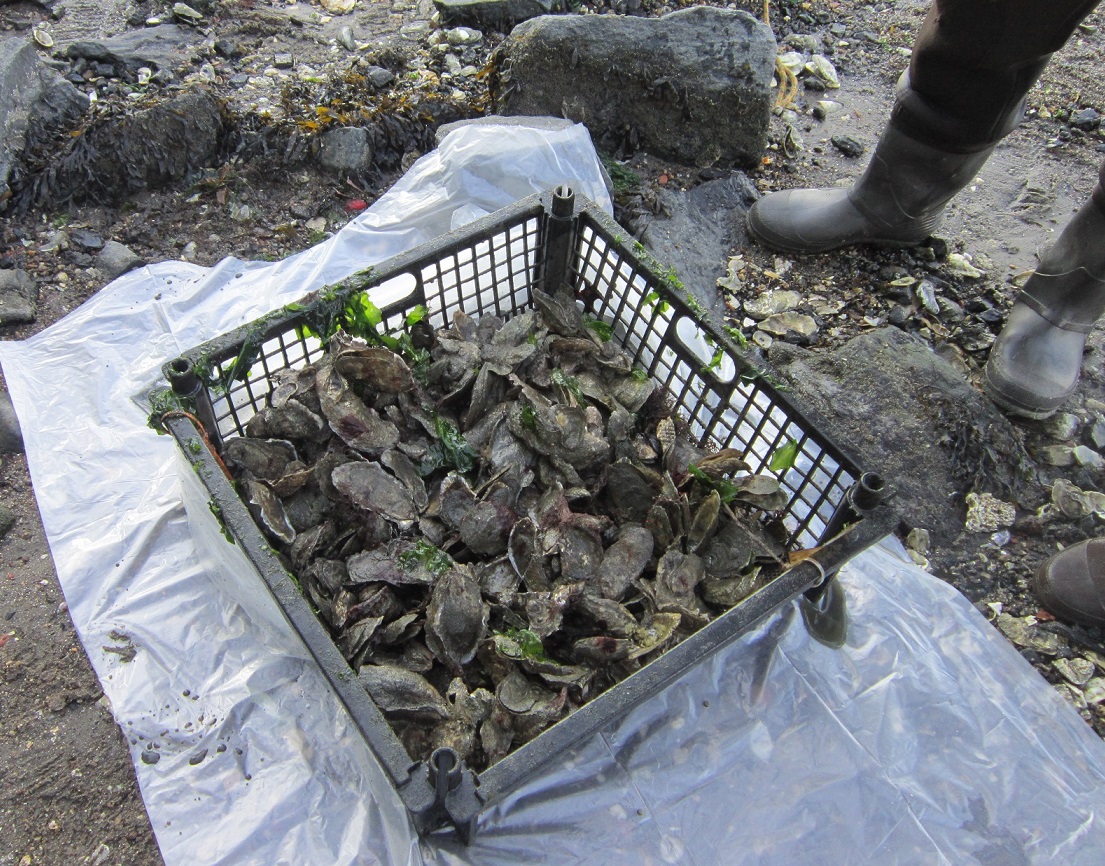 My project aims to characterize urban aquatic biodiversity and monitor oyster restoration through an innovative comparative approach based on novel eDNA and classical surveys. We intend to compare the effectiveness of these different approaches for describing aquatic biodiversity.

By using eDNA I will achieve putting into practice a new method of identifying the organisms living in a marine benthic community at Soundview Park and control sites, explore the accuracy of eDNA detection of marine intertidal species commonly recorded in recent morphology records and conduct an ecological assessment to quantify human impacts on the Soundview Park ecosystem.

Raising $1,450 will cover the supplies listed in budget for my masters thesis research. The PowerSoil® DNA Isolation Kit is needed to extract DNA from soil the samples. DNA Sequencing will cover cost of sending data for sequencing and receiving my results. Transportation includes gas and tolls. Field and lab supplies include collection materials such as jars, gloves and disposables. Administrative fee will cover conducting public crowdfunding fees.

Sampling amount: 1 L of water from each site, oyster reef and two upstream locations, will be sampled each visit. Five soil samples will be taken from each visit. I have already collected August and September samples next will be October sampling.

I will be joining in on the organism identification from soil sediment to provide morphology records at the Fitzgerald Lab in Jersey City.

All donations (small and large) will be greatly appreciated! Thank you for your support in my thesis project and the health of an adorned park in New York!

I enthusiastically endorse this project. Oyster restoration is fundamental to cleaning our waters, maintaining our wildlife, and protecting our city from storms. However without proper monitoring we cannot know how well any restoration initiative is working. Irena Werner is uniquely qualified to carry out this research, which relies on both traditional and cutting-edge methods, and will provide comprehensive and reliable ecological assessment of this important oyster restoration effort. 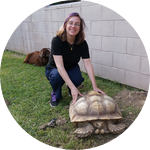 Eugenia Naro-Maciel
Assistant Professor, Biology Department
I fully endorse Irena Werner's proposed project. Her work will fill in some holes in our knowledge base regarding the diversity of invertebrates around oyster reefs, and how restoration of these keystone species in urban environments affects the rest of the ecosystem. Irena's work will be the next step to increasing our understanding and management of the urban ecosystem. 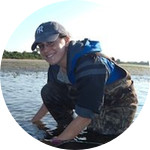 Allison Fitzgerald
Assistant Professor, New Jersey City University NY Oyster Program Director, NY/NJ Baykeeper
Irena is working on her Master thesis for Environmental Science through the study of oysters in Soundview Park, Bronx, NY. Repopulation of oysters into our ecosystems and estuaries is vital for the health of all organisms. It is important to promote and support ongoing studies to increase understanding of biodiversity and the interaction of organisms in polluted waterways. Understanding current influences of our oyster populations will provide greater information on management concerns throughout the New York City area and give us a better understanding for what can be sustainable in order to increase the health and function of our waterways. 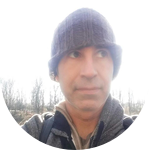 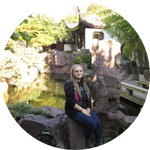 I am a proud native to Staten Island, New York. We are the greenest and, I believe, the prettiest borough of New York City. There are man-made as well as natural parks here which are great places to hike and enjoy nature.

Currently I am in my last semester of graduate school towards my M.S. in Environmental Science at the College of Staten Island, City University of New York. I have a B.S. in Communication Arts that I earned from St. John's University in May 2010. I plan on using both degrees in my life career. Using what I have learned in communications to transform heavy or technical scientific data into words that can be understood by different people is important to make a change in the world and for conservation.

"Look deep into nature, and then you will understand everything better." - Albert Einstein

I really appreciate the donations and advice given to me.Thank You for your time.

Currently I am in my last semester of graduate school towards my M.S. in Environmental Science at the College of Staten Island, City University of New York. I have done Environmental DNA research at restored oyster reef at Soundview Park in the Bronx. Please see my experiment.com site: "Assessing oyster restoration using morphological records and next-generation sequencing". 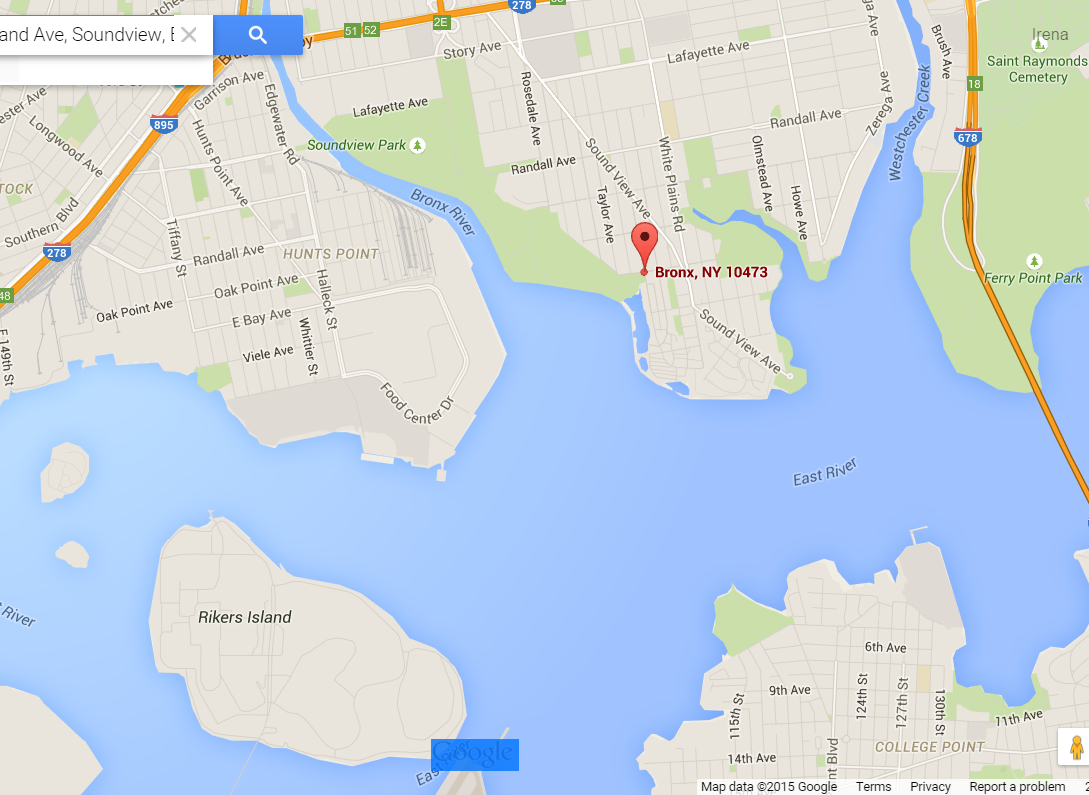 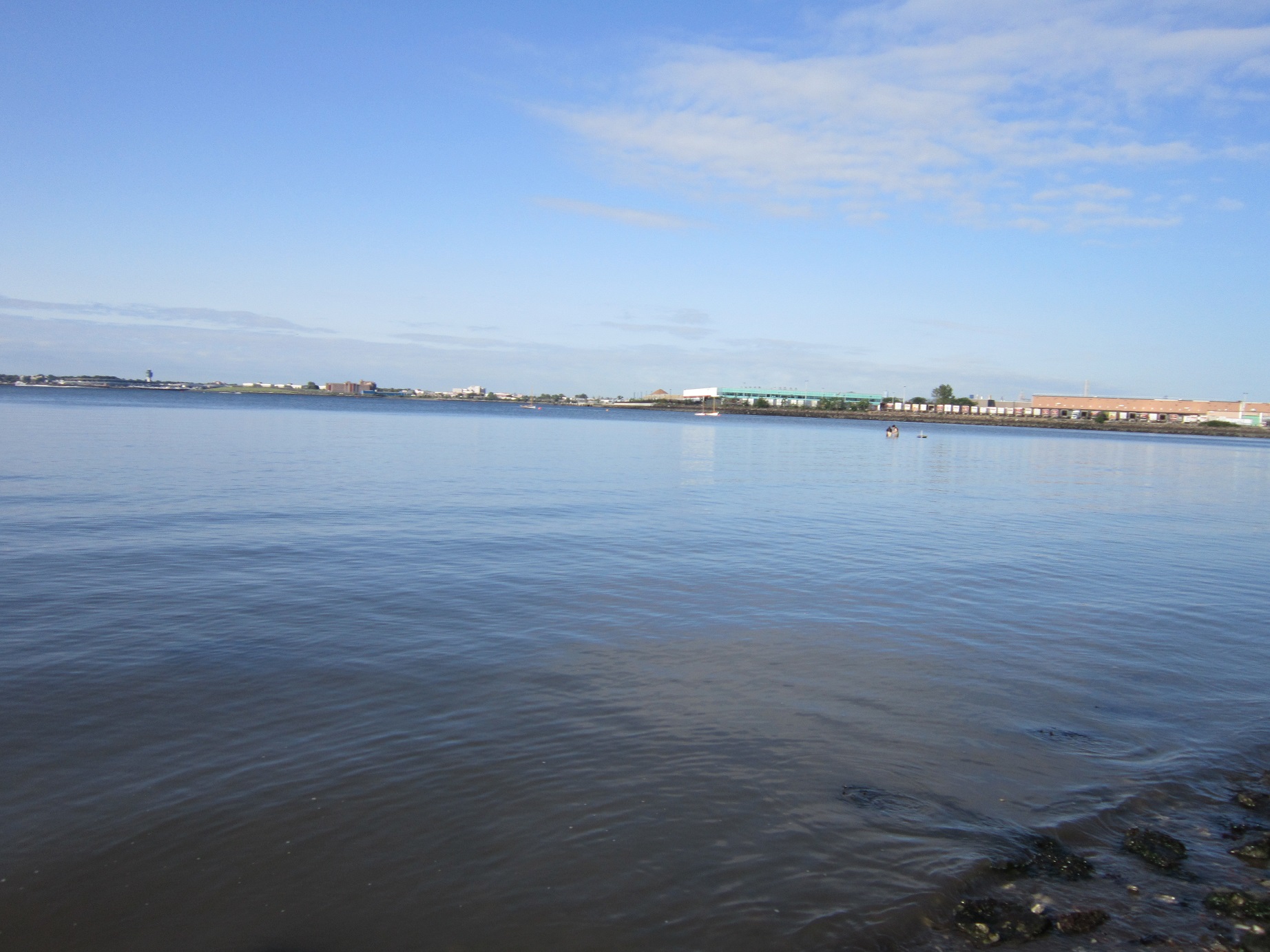 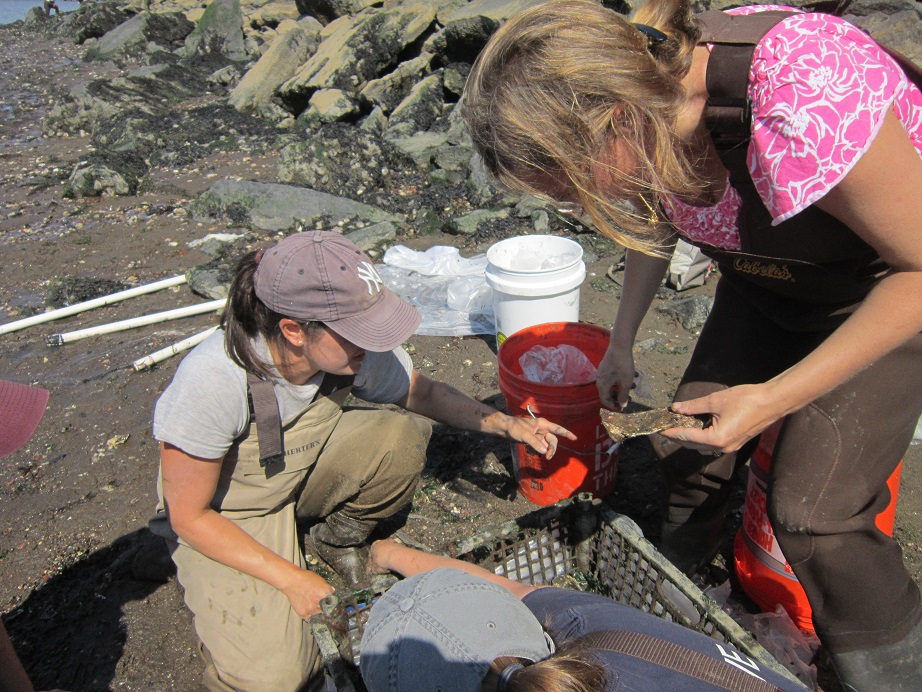 Dr. Fizgerald (left) has been researching oyster restoration at Soundview for almost a decade, while Dr. Naro-Maciel (right) is an aquatic conservation genetics expert. (Photo by: Irena Werner August 2015) 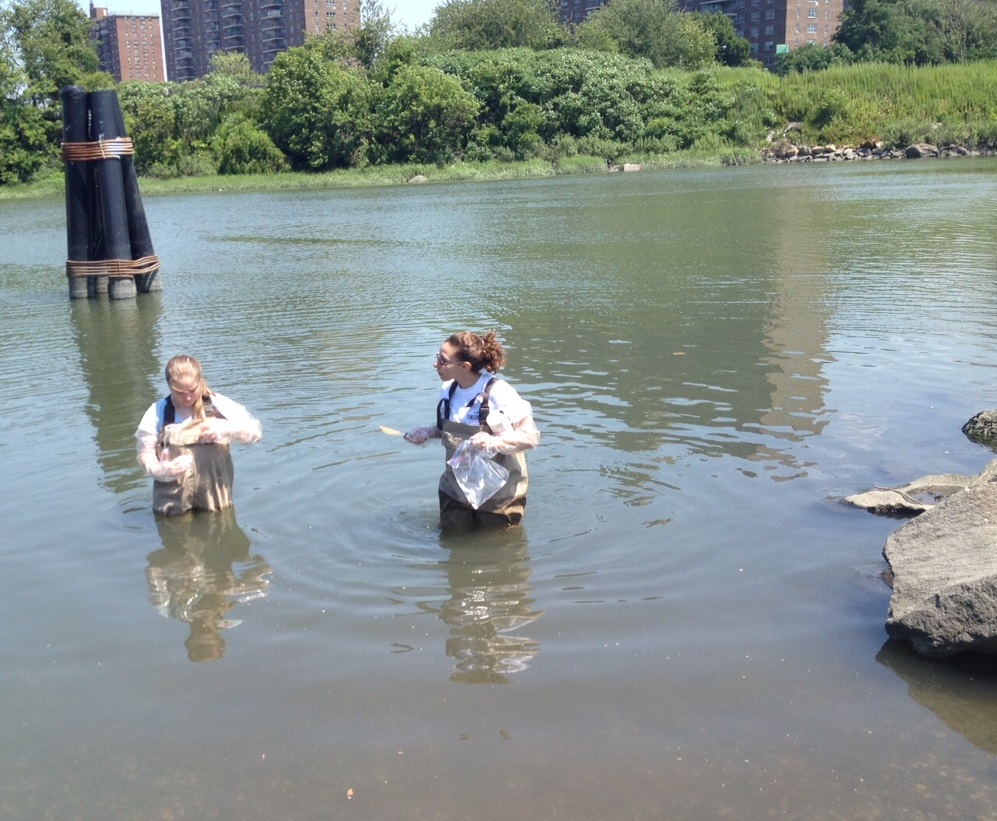 At control site Hunt's Point, Irena (left) and Christian (right). We are two of the students working on the Soundview project. I have been working with Christian on the field and in the Fitzgerald lab. (Photo by: Dr. Naro-Maciel August 2015)