Shifts in politics (2016 U.S. Presidential Election), policies (Executive Orders, American Healthcare Act), and society (racism, xenophobia, hate crimes) may affect health mediated by stress levels. Hair cortisol ("the stress hormone") is an unbiased, retroactive, and non-invasive biomarker that will allow us to look back at the stress experienced by refugees, asylum seekers, undocumented immigrants, and minorities going all the way back to before inauguration day.

Seven days after Donald Trump was inaugurated, he signed multiple Executive Orders targeting refugees, asylum seekers, and undocumented immigrants. During the same period, Google Trends showed an increase in racism and xenophobia, and the FBI reported an increase in hate crimes. Five months into this administration, "the Trump effect," direct and indirect, has extended into the daily lives of migrants and minorities.

David Williams proposed that the stress associated with political threats and discrimination may lead to negative health consequences for affected populations. For example, Diane Lauderdale showed that after 9/11, Arab-American women gave birth to lower birthweight babies than right before 9/11, a change not seen in other ethnic groups.

Though associations between political events or policies and health have been noted, few studies have directly investigated stress as a possible mechanism, and none have yet considered the effects of this unexpected, and unprecedented, presidency.

Hair cortisol (the stress hormone) has been used as a biomarker of stress for the last few years, and has on a few occasions been used to look back at the effects of natural disasters, but it has never been applied to the study of political or social shifts.

Because hair grows about 1 cm per month, 6 cm of hair can provide us with an objective and retrospective measurement of the last 6 months' worth of people's biological responses to an event (the Trump presidency) which has been deeply polarizing.

Our study population will include 50 adults who are threatened in different ways by recent political and social shifts: undocumented immigrants who face direct legal threats, refugees who face racism/discrimination, disaffected voters, etc.

We will look at differences between these variously affected groups, changes in stress over time, and associations with other risk factors. (See our upcoming lab notes!)

Hair sample collection equipment includes the very basics such as a high-precision scale for measuring hair samples, scissors, disinfectant, materials for storage and shipping, as well as miscellaneous costs such as printing and transportation.

We will be paying each study participant $25 for an hour of their time, during which we will explain our study, collect a 6 cm hair sample, and administer a survey with questions about demographics, hair care and treatment, perceived stress and discrimination, political affiliation, and other variables of interest.

We are outsourcing our hair cortisol concentration analysis to a lab at a different institution that did pioneering research on hair cortisol. Each 6 cm hair sample will be cut into three 2 cm sections, and each section of hair costs $35 to analyze.

This project is well designed and has the potential to assess stress levels in refugees since the Trump administration proposed a travel ban. The approach is novel and can provide objective evidence of suspected incresased stress in this population. 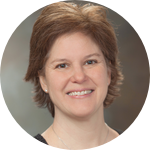 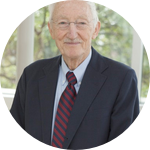 george heninger
Professor of Psychiatry
Yale University
I am really excited about this project. David Williams proposed that the stress associated with political threats and discrimination may lead to negative health consequences for affected populations. This investigation of cortisol in marginalized populations after the 2016 presidential elections will be among the first to apply hair cortisol (a retrospective biomarker associated with different sources of stress) to the study of political stress following the election. The investigators are qualified and committed to conducting this research. 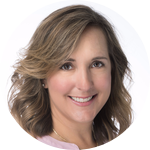 Why now? Enough time has passed for the full effects of the Trump presidency to be felt, and perhaps to be observed in cortisol levels. However, hair cortisol levels are not reliable beyond six months, and so the window to collect hair samples reflecting the very beginning of this presidency is rapidly closing. This July 4, consider sparing a thought for America's most vulnerable populations, and supporting this project. By 11/8/2017, we hope to publish our findings.

Publication of results on the one-year anniversary of the 2016 U.S. Presidential Election 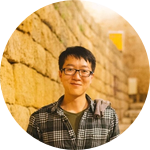 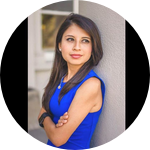 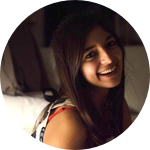 We are a team of medical students at Yale University interested in public health and health disparities, and we are very fortunate to be supported by faculty at the Schools of Medicine, Nursing, Public Health, and Law, as well as our partner lab, who have a range of backgrounds and expertise relating to migrants, stress, hair cortisol, and epidemiological research. We have the experience, the drive, and the plan we need to complete this project. Now all we need is you!

I am currently a medical student at Yale University. Previously, I worked in Northwest China on a cohort of miners and metalworkers, examining the impact of environmental and occupational exposures, as well as historical factors, on women's reproductive health, funded by a Fulbright grant. I have also worked on TB at the World Health Organization and HIV at the Chinese Centers for Disease Control and Prevention. I earned my BS in Molecular Biophysics and Biochemistry as well as Global Affairs at Yale University, and my MPH in the Epidemiology of Microbial Diseases at the Yale School of Public Health. Over the course of exploring my interest in global health, at the special intersection of scientific research and international relations, as well as my own roots, I have come to realize two things: 1) That I share some part of my immigrant experience with migrants and minorities everywhere, and 2) that I have been incredibly fortunate compared to the vast majority of those migrants and minorities in terms of the support and opportunities I have been afforded. Now, I am particularly interested in learning about the special medical and legal challenges facing refugee and migrant populations, and doing what I can to improve the social and political dimensions surrounding the immigrant experience.

I am currently a medical student at Yale University. I was born in Ecuador, but moved to Northern Virginia when I was eight years old. As an immigrant myself, I understand how living the immigrant experience in the U.S can be one of isolation and desperation; I have come to realize how migration may enable people to escape turmoil in their homelands, but keep them shacked with chains of poverty and alienation.
Over the course of exploring my interests I had the opportunity to study at Cambridge University and expanded my understanding of the basic science behind human health and pathology by actively conducting biochemistry research at Pomona College. This understanding was complemented via a research fellowship in the Mayo Clinic’s Cancer Biology department. As a fellow I studied the structural characterization of metalloproteinases, primarily expressed in epithelial carcinomas. I earned my BA in Chemistry from Pomona College, where I assisted families at free urban clinics in working class communities in Southern California.

I am cognizant of how the opportunities afforded to me give me the responsibility to be an agent of change to those who are disenfranchised. As such, my aspiration to be a physician derives from a passion and desire to provide optimum health care to individuals who don’t have a voice, but need to be respected. I am committed to help marginalized communities access healthcare and am particularly interested in getting involved with advocacy and policy.

I am an MD candidate in the Yale School of Medicine. Growing up in Venezuela, I saw how disease, poverty and lack of education, instigates a vicious cycle of disease and ignorance and I decided to dedicate my career to helping break this cycle. I graduated from Brandeis University with a triple-major in Neuroscience, Biology, and Health: Science, Society and Policy, and led a number of projects aimed at improving the health and education of communities in Venezuela and the US. I also interned at the International AIDS Society in Switzerland working on a literature review on community-based participatory research in HIV, and subsequently worked at Weill Cornell Medical College studying how electrical activity affects early brain development. Moving forward, I'm particularly interested in exploring how adverse life experiences, including stress and environmental toxins, affects the progress of neurodegenerative diseases.

We recently conducted a survey of 150+ healthcare providers and resettlement case managers to get a sense of any changes among the migrant and minority populations that they serve in the past year.

This project will contribute to our overall understanding of the Trump effect on health, and we are choosing to crowdfund it now because of the political nature of the study question, and because time is of the essence.

A few fascinating reads on discrimination, stress, and hair cortisol:

Diane Lauderdale (UChicago) on Birthweight after 9/11

David Williams (Harvard) on the Trump Effect on Health

David Williams on the "Health Effects of Dramatic Societal Events"

The original text of the three January Executive Orders on immigration:

Executive Order: Enhancing Public Safety in the Interior of the United States

Executive Order: Protecting the Nation from Foreign Terrorist Entry into the United States