Xochimilco is an ancient Aztec canal city that boasts some of the world's most significant cultural and ecological treasures, which are threatened by dangerous levels of pesticide contamination from agricultural pollution. In this project, we will learn of the nature of this contamination and determine how it travels and affects its environment.

Xochimilco is world famous for its Mariachi music gondola cruises, and "chinampas", or ancient Aztec floating agricultural plots. Xochimilco was designated a UNESCO world heritage site in 1987 to recognize these gems. Sadly, UNAM scientists proved in 2014 that the canals are contaminated with pesticides and other organics, threatening the chinampas and one of the world's most endangered axolotl populations.

Atrazine is used in Mexico to control unwanted vegetation in corn and wheat fields, but is banned in many parts of the world because of its effects on human health: atrazine and its metabolic products are classified as endocrine disruptors by the EPA. A passive sampler for these chemicals was developed in 2012, but it is only now that it is used to study Xochimilco's pollution problem.

Now it is extremely important to study atrazine pollution in Xochimilco's canals so the region can preserve the riches that made it a UNESCO world heritage site, and included on the List of Wetlands of International Importance. If atrazine and other chemicals continue to pollute Xochimilco, unique endemic species like the axolotl will die out, people's drinking water will be at risk, and it is possible the famed chinampas could deteriorate. These tragedies have already started, but we can reverse the damage by remediating the water.

To do this, we will implement a robust analytical method (gas chromatography and HPLC) to map the concentration of atrazine and its metabolic products in Xochimilco's soil and water.This knowledge will then be used to solve Xochimilco's pollution problems.

The goal of this project is to use previously developed passive sampling techniques to characterize the atrazine pollution of Xochimilco. We will first validate analytical methods (gas chromatography and HPLC, which allow us to know the types of compound present in the water and their concentrations) and then select sites for sampling in Xochimilco so that we may characterize the water. We will then analyze the environmental fate of atrazine in the water by hydrolysis, photodegradation, biodegradation, and adsorption/desorption. These processes will be compared to know which of them is most important in determining atrazine's environmental fate. In the future, we will propose engineering research projects for treating the water.

Dr. Carmen Durán of our lab says: "We are poor people with a large family. We scrape by in purchasing reagents and equipment, but we always find a way." Mexico is not a rich nation and this means that UNAM cannot afford all laboratory expenses. Students frequently donate portions of their own personal stipends to allow them to do good science.

We already own most of the equipment we will use for this project, but there is one that we still need. The cost of new gas for our chromatography machine is approximately $1500. The members of our lab could donate up to $500 towards this expense, but we cannot afford the entire cost. This is why we are reaching out to you for help: our very large family!

This campaign is Experiment's first project from a Mexican university, making it one of the first crowdfunded science projects in Latin America. Support for our project is support for moving Mexican science forward!

Support over our $1000 goal is welcome, and will be used to buy more lab equipment!

The importance of studying Atrazine levels can not be understated. Alex is an ideal candidate for this project owing to this experience with developing fresh water remediation technologies. He has an unquestionable passion for environmental sustainability, which I experienced first hand when we represented McGill during the Biomimicry 3.8 Student Design Challenge. 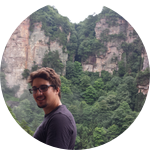 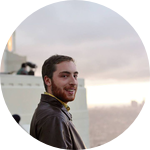 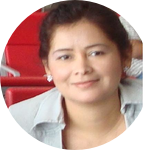 Alex recently completed his undergraduate degree at McGill University in Montreal, Canada, in Chemical Engineering and Philosophy. He is working at UNAM for the summer of 2015 to learn more about photocatalysis and environmental remediation. He will start his PhD in Chemical Engineering at Northwestern University in Chicago in September. His research interests include environmental chemistry/engineering, and he has also done research on nanoparticles at the EPFL in Switzerland. He enjoys fishing, nature, hiking, literature, visual art, and keeping Mexico's waterways clean!

Marisela received her PhD in Environmental Engineering at UNAM in 2012 in the Faculty of Chemistry. Her work is the basis of this project: she developed a passive sampler that can be used to understand the kinds of contaminants in aquatic samples and their concentrations. Marisela is very excited about using crowdfunding to make our research a success!

My father made me an outdoorsy type. Exploring the lakes and forests of Northern Ontario, Canada, he gave me an appreciation for nature that he was deprived of growing up in the suburbs of Montreal. I still cross rivers and enter the trees barefoot, but this passion has led to another: a love for environmental science and engineering. In my undergrad I joined labs in universities and industry to tackle the problem of environmental contamination, particularly in developing wastewater remediation technologies. My mission is enable industries and municipalities to keep their lakes and seas clean, forever.

Academic Technician “B” Full Time, at UNAM. Her doctoral degree in engineering (Environmental Engineering, Water) at UNAM, had as important outcome the design, construction, and operation (full development) of a passive sampler for carbamates and triazines in surface water sources, obtaining the Honorific Mention. She carried out an academic stay at the University of Umeå, in Sweden, to complete her formation in specific analytical methodologies to measure trace organic contaminants in drinking water. She is expert in the use of chromatographical techniques, both for liquids and gases, to analyze environmental samples. Her tasks at the Faculty of Chemistry of UNAM are framed within the Program fro Environmental Chemical Engineering and Chemistry (PECEC), where she is in charge of the projects on Environmental Chemical Engineering and, particularly, on those related with the efficient use of water and the reuse and recycling of wastewaters in the process industry. E-mail: marisela_bernal2000@yahoo.com.mx Telephones: (+52) 55 5622-5300 al 04 Fax:(+52) 55 5622-5303 UNAM, Facultad de Química, Conjunto E, Laboratorio E-301 Paseo de la Investigación Científica s/n Ciudad Universitaria, 04510 México D.F

In June of 2015, the newspaper Momento published a story about UNAM's work in Xochimilco.

In 2013, El Diario de México wrote a detailed article about Xochimilco and its threats and relevant UNAM research, referring to the site as "Eden".

Also in 2013, Proceso magazine wrote about the problems in Xochimilco and UNAM's attempts to help.

UNAM is the most famous and accomplished research university in Mexico, especially for environmental research. In June of 2015, Gerardo Ceballos of UNAM published a widely publicized paper about Earth's 6th (man-made) extinction event along with Stanford, Princeton, and UC Berkeley. Further, the Nobel Prize in Chemistry for proving the existence of the hole in the ozone layer was awarded to Mario Molina, who received his undergraduate degree from the Faculty of Chemistry at UNAM.

We believe our project will be yet another great accomplishment for UNAM's environmental reputation! 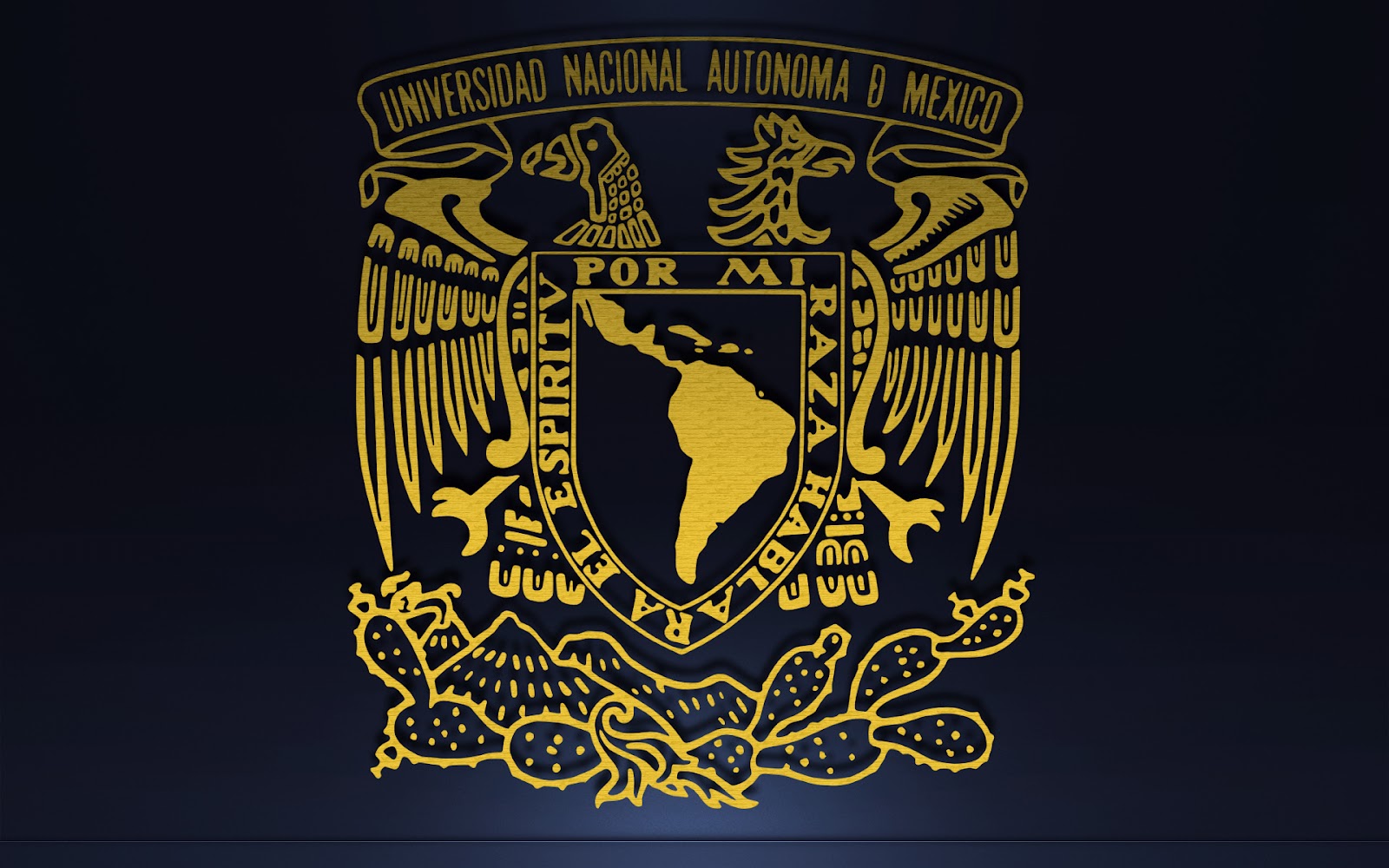