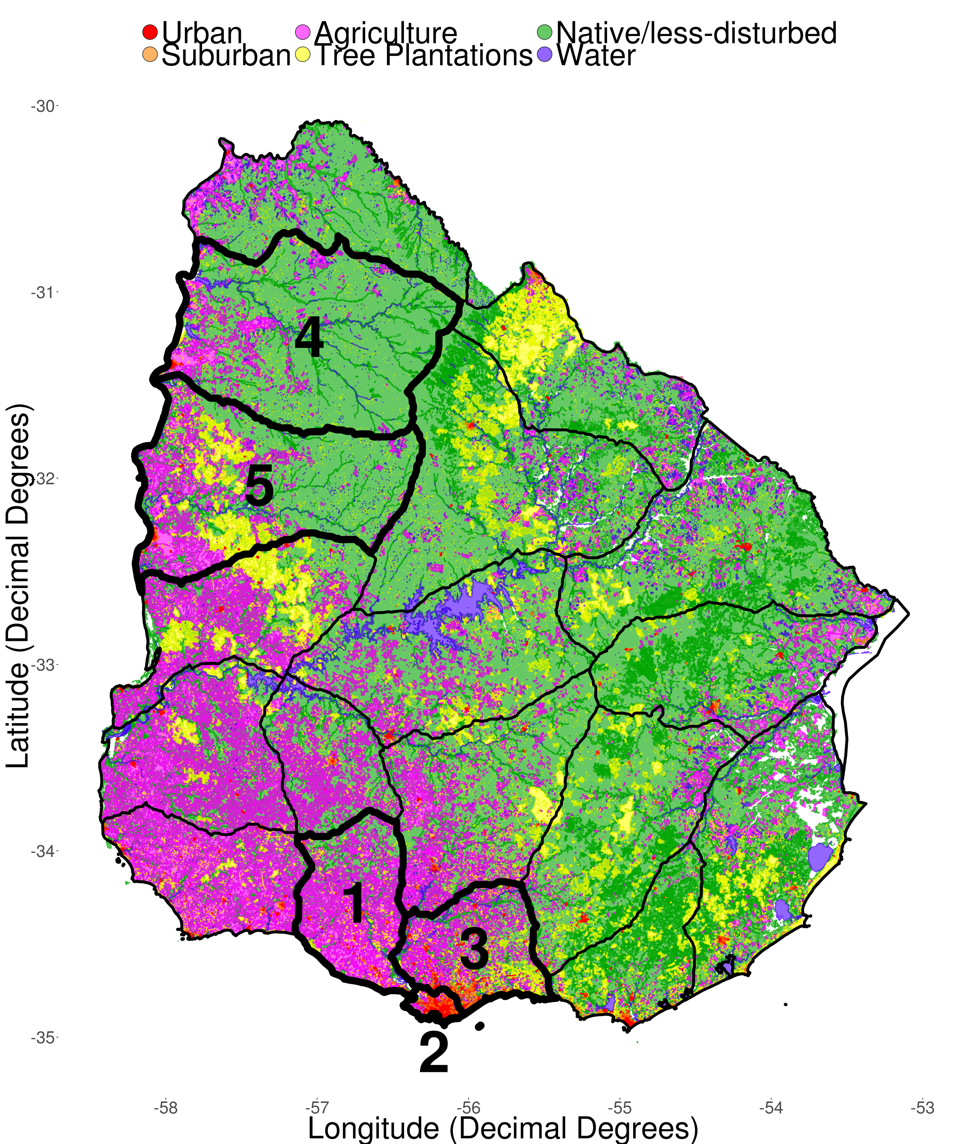 I generated a set of random points across land-use categories within each of the 5 counties shown. Upon arriving to Uruguay, I will use the first month to survey sites within this set of random points. I will need landowners' permission to access many of these sites. After landowners grant their permission, I will pick sites that have the highest densities of monk parakeet nests, then proceed with plans to capture monk parakeets and measure nest morphology/insulative capacity.