The Plague is considered one of the most successful infectious agents in history and at one point killed nearly half the European population. But the plague isn't just found in history books and it wasn't confined to Europe. This disease remains a serious threat to human lives in Madagascar, causing hundreds of cases each year. To prevent plague travesties, health officials need a reliable way to identify sources of plague and track outbreaks.

Yersinia pestis is a small bacterium known to cause the disease plague. It is considered one of the most successful infectious agents in history, claiming 30-40% of the European population in the 14th century.

Although plague cases have dwindled in many parts of the world, this disease remains a serious threat to human lives in the small island country of Madagascar. Hundreds of human plague cases are reported each year, many of which result in needless human suffering and death.

Presently, the research facility in Madagascar does not have a reliable method of DNA fingerprinting or genotyping strains of plague responsible for outbreaks. Knowing the genetic identity of plague strains is crucial to efforts in tracking the pathogen and isolating the source of an outbreak to prevent future cases.

In 2012, the World Health Organization ranked Madagascar as the country most severely affected by the plague; the main research facility in the country, Institut Pasteur de Madagascar, reported 240 cases and 60 deaths in that year alone.

Fortunately, the plague is an easily treatable and preventable disease, provided cases are caught early and treated properly. Unfortunately, health officials in Madagascar do not have the molecular tools necessary to genetically identify and track strains of the plague infecting human victims.

DNA fingerprinting not only pinpoints the sources of plague infections, it can also show patterns of epidemics, illustrating routes the disease follows as it is spread throughout the country, infecting small villages and rural communities.

Our lab and the lab in Madagascar have formed a strong relationship over the past few years and they are very interested in attaining tools for the genetic identification of plague cases in their country.

During the past few months I have developed a technology to rapidly and reliably genetically type strains of plague; our methods have been specifically modified to utilize only the resources already in possession by the Malagasy lab.

With the tools developed, we just need to transfer the technology to Madagascar and train the technicians how to use it.

Undoubtedly, technological compatibility differences will arise and I need to be on site at the lab in Madagascar to help troubleshoot any problems and ensure researchers in the lab are comfortable and confident using this technology.

Basic technological resources vary lab to lab, let alone across international borders. Because of this, it is essential that my mentor and I travel to the lab in Madagascar to help troubleshoot any problems that arise with our technology. I also want to be sure researchers in Madagascar are comfortable using this new technology and are confident in utilizing the molecular tools to build up a comprehensive database to illustrate the genetic groupings of plague strains they type. This information is incredibly powerful for efforts in tracking plague epidemics throughout the country and preventing disease spread. Without proper understanding of the complete application of our tools, the lab in Madagascar may not reach its full potential in responding to and preventing further plague outbreaks.

Therefore, a majority of our budget will cover travel costs to Madagascar. We would like to be on site at the Malagasy lab for at least ten days to allow ample time for troubleshooting any problems that might arise. During this time, I will need a small amount of funds (about $79/day) for housing and meals. Airfare will consume the largest portion of our funds, but we also need to bring various supplies, such as reagents necessary for our DNA fingerprinting technology, to supplement what is currently available at the lab in Madagascar.

Fortunately, I attained a grant from my University to develop this technology and our molecular tools are ready to be transferred. With left-over funds, we were able to assist with travel costs for a researcher from Madagascar to learn the techniques in our lab. However, we will need to travel to our partner lab in Madagascar to track the progress of the project and troubleshoot any problems in the lab there. 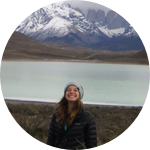 Situated in the heart of American plague country, the laboratory I work at has specialized in plague research for over a decade. Over the past two years that I have spent here under the close mentorship of world plague expert, Dr. David Wagner, I have grown quite fond of this organism myself. With a rich and complex historical relationship with humankind, the bacterium responsible for plague deserves a great deal of awe and respect, independent of one's background.

That being said, I am passionate about research on all infectious agents, not just the plague, as well as international travel. To combine the best of both worlds, I plan to pursue a MS in international health and move on to a PhD in epidemiology. Realizing the impact this Malagasy plague project will have, not only saving lives in Madagascar but also empowering researchers in a developing country, is what drives me to focus my research on human pathogens and improving health care infrastructure in less developed countries.

A Wildly Successful Trip to Madagascar and then some...

The Arizona Republic featured our on-going plague research as front page news in May 2014.
http://www.azcentral.com/story/life/az-narratives/2014/05/17/in-arizona-unearthing-the-cause-of-an-ancient-plague/9199175/

Earlier this year, our lab published a high profile paper in collaboration with McMaster University confirming the presence of ancient plague DNA in 1500 year-old teeth from victims of the Justinian Plague.
http://www.sciencedaily.com/releases/2014/01/140127193741.htm

Working with Dr. Paul Keim to perfect the molecular tools bound for Madagascar! Image courtesy of The Arizona Republic.

The plague hospital in Antananarivo, Madagascar.