Indonesia, specifically Wallacea (e.g. Sulawesi and surrounding islands), is teeming with species not found anywhere else on earth. Our unique study species are the anoa ("dwarf buffalo") and babirusa ("deer-pig") and sadly both populations are in trouble. We aim to analyse the DNA from past and present individuals using cutting-edge ancient DNA techniques. This window into the past will help us to understand how populations adapt and aid the continued existence of these enigmatic species.

Anoa and babirusa are just two of the many endemic species residing in Wallacea, an archipelagic region of Indonesia. This region is a biodiversity hotspot which is sadly experiencing high deforestation rate. Added with high hunting rate, both anoa and babirusa populations are at risk of extinction. Population changes can negatively affects their genetic diversity, further reducing their adaptability to future environmental changes. However, we do not know how their population has been changing: have they been really small since the ancient past or just decades ago when deforestation rate is the highest? Using DNA extracted from museum specimens from across the 20th century, we can compare past and present genetic diversity, hence their adaptive potential.

The findings of our study will feed directly back to the protection of these species in the wild in Indonesia. To understand the evolutionary history of rare and endemic species is important for successful and ongoing conservation interventions such as the regulation and designation of protected areas and captive breeding programs. Knowing when and how the population has changed will help us to evaluate and understand the species potential for adaptation to their changing environment. Armed with this knowledge, we can help local practitioners to support populations which are more resistant to change, and which may need extra care. Also, the resulting genetic data will be available for future projects to monitor the population viability of these taxa.

We aim to understand and date the population contraction and decline in numbers for anoa and babirusa. Was this related to a large deforestation event that happened in the 1990s or were the populations already in decline before then? This is why we are calling on museum and natural history collections. By sampling individuals from the early 20th century to present, we aim to track changes in genome-wide diversity of both taxa. By matching this to maps of deforestation, we can further understand how these taxa respond to habitat degradation. Since September 2019, we have been sequencing and analysing the whole genomes of modern individuals and will now be adding genomes from specimens held in museums all over the world to strengthen our research.

This project part of a larger research project funded by NERC-Ristekdikti which aims to understand how biodiversity responded to environmental changes, funded by UK and Indonesian government. This extra budget is critical to increase the number, scope, and quality of ancient DNA sequences in addition to the already sequenced modern populations.

Our largest cost is DNA sequencing and travelling to the museums in Indonesia to collect specimens for analysis in the UK. The work needs to take place in the ancient DNA lab in the National History Museum of UK because laboratories in Indonesian are not yet equipped to handle ancient DNA processing. This is because ancient DNA methods are more sensitive and require extra clean spaces, away from any sources of DNA contamination. We have aimed to keep our budget costs low by employing the most efficient protocols, using the newest methods to for analysis and interpretation of data.

I can't imagine a stronger team to lead this project and uncover some of the last remaining mysteries of Wallacea. 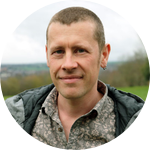 Matthew Struebig
Dr
Durrell Institute of Conservation and Ecology (DICE), University of Kent
The project will open a new insight about Anoa and Babyrousa, genetic divergence and island biogeography of this ancient archipelago 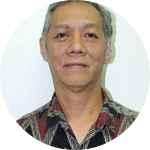 Samples from modern populations have already been sequenced and we underway with analysis. We are currently applying for permits and sourcing museum specimens. We hope to begin laboratory work on the museum specimens by early 2021 and have the genetic data by the middle of 2021. The focus of 2022 will be to analyse the data and start making inferences about the species past population histories.

Apply for permits and secure specimens from the Museum of Zoology (MZB) in Bogor, Indonesia

Finish the whole genome sequencing of all museum specimens 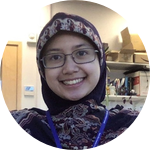 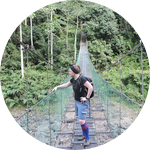 Before and during my undergraduate studies, I was wandering across the tropical rainforests all around Indonesia trying to understand why small islands can be so diverse in species and why you only find certain species in certain places. This will not be possible if these species are gone before I am fully able to understand them. This is the reason I decided to build my career around conservation biology, especially of my native animal species.

Other than that, I love exploring new techniques and methods to understand natural phenomena, detecting patterns and trying to understand the processes! I love collecting and analysing loads of data, which Indonesia is a bit lacking, leading me to co-build The Biodiversity Theses Database with my colleagues. Museum specimens is another untapped resource for biodiversity data that I am currently working with. One of the few things I am grateful of from our weird history is the availability of well-curated information on the past biodiversity, at least the ones that interested the 19th century naturalists.

I am an ecologist and conservation geneticist, my passion is genetic techniques to understand the biodiversity we see around us. There is no place on earth more magical and full of wierd and wonderful species than the rainforest. However, sadly these are some of the most underpressure ecosystems in the world. My current research is focused on the conservation genetics of endangered mammals in Indonesia. Using ancient DNA and forensic genomic techniques, I am looking back into the past of these species to analysis the ancestry of the living wild populations of mammals.

I have worked in SE Asia for many years, and previously spent my PhD running around the rainforests in Borneo collecting blood feeding leeches. This area is under intense pressure from palm oil agriculture and our aim is to use the DNA in the blood meal of the leeches as way of surveying the mammalian biodiversity in threatened forest patches. With money for conservation always tight, there is potential this techique could be used as a way of conducting rapid biodiversity assessments, in order to direct funds for projects accordingly. Leeches are easy to find, forest mammals are not! Also bloodfeeding leeches are great in their own right! Along the way I have also tried sequenced DNA from all and any samples! Including water, air, dung beetle guts and animal dung from multiple species!

Within zoos, across the world there is a global effect to conserve these species outside of their native habitat using a global species management program. This is a global effort involving zoos all over the world which have a responsibility to maintain the captive populations until it can be introduced back later to its native habitat.

This is the babirusa from Chester Zoo: 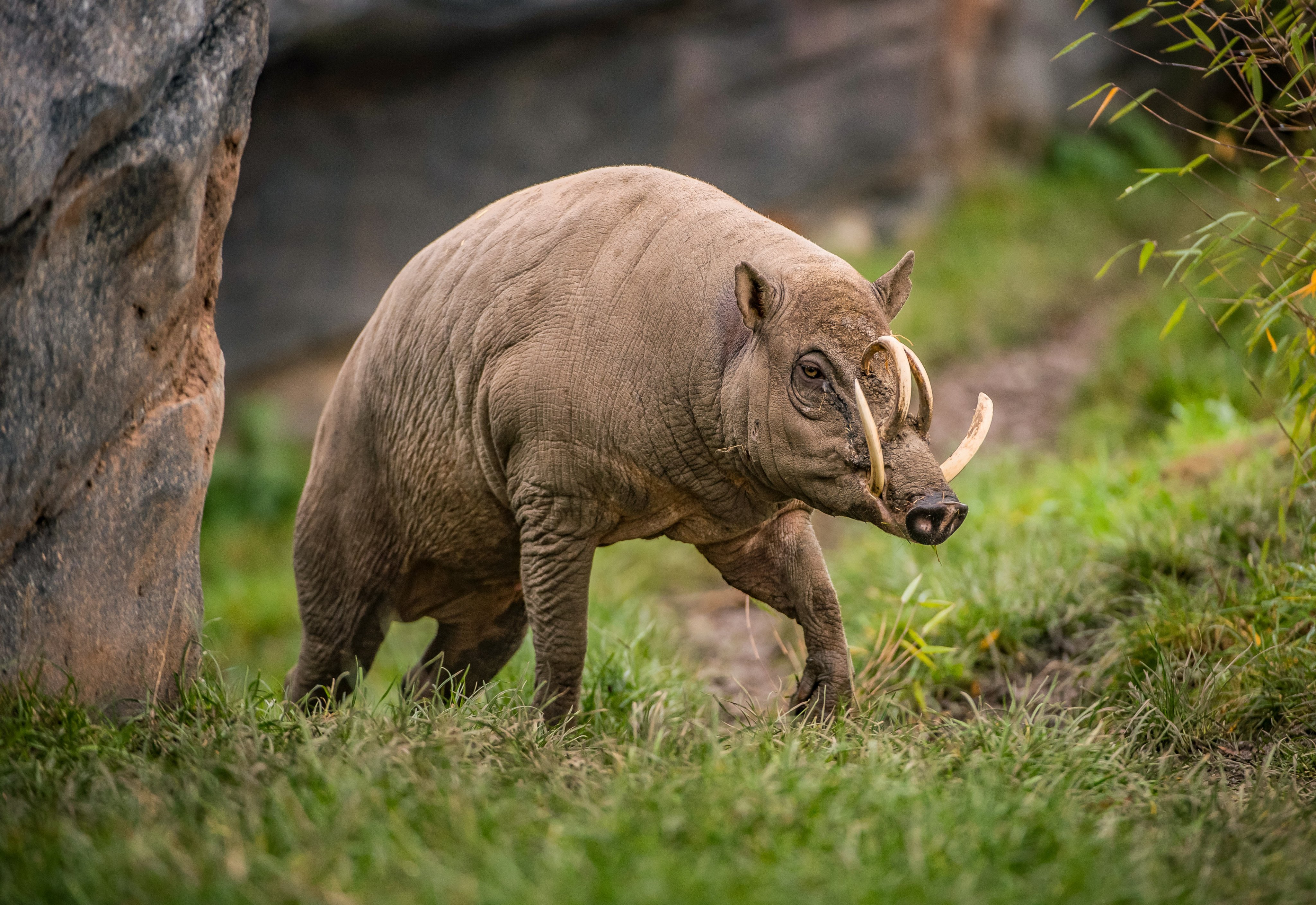 And this is the anoa! 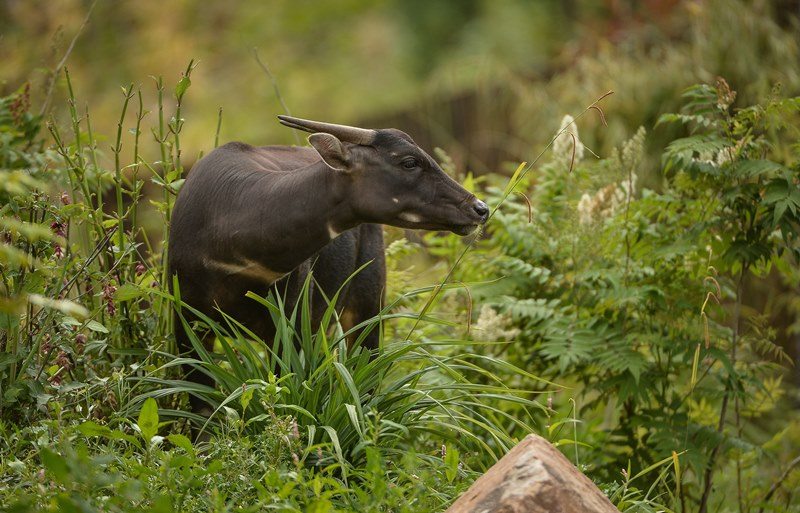 Please have a look if your local zoos are involved in this global effort and support them!

You can help a unique discovery by joining 20 other backers.
Fund This Project