The usual practice on all commercial farms in the egg-laying industry is to cull male chicks shortly after hatching since they cannot lay eggs. Worldwide, an estimated 7 billion day-old male chicks are culled annually. Engineering an all-female breed of egg-laying chickens could put a stop to this unethical practice. This project aims to identify testes-specific enhancers for DMRT1 and HEMGN – an essential first step in creating an all-female breed of chickens.

Male chick culling by methods such as live-maceration has raised several ethical and financial concerns. Engineering an all-female breed of egg-laying chickens by removing a testes determinant could resolve this problem. Studies have shown that DMRT1 and HEMGN are testes determinants - making either promising candidates for gene-editing. However, since both genes are expressed in non-gonadal tissue as well, the disruption of either gene is expected to have undesirable effects outside of the gonads. This may be circumvented by targeting a testis-specific enhancer for either gene. This would ideally abolish the gene’s expression only in the testes, resulting in male-to-female sex reversal while leaving somatic expression unaltered.

In-ovo sex determination is a possible alternative, however, the process is invasive and requires expensive machinery; with no guarantee of being able to automatize the sexing process to meet industrial demands.

Future work will involve creating transgenic embryos that lack the testes-specific enhancer(s) identified from this project. Should we observe male-to-female sex reversal in the embryos, we will allow some of the chicks to hatch and examine their reproductive structures.

A traditional cloning approach involving the use of restriction enzymes will be used to assemble the enhancer reporter construct. Where necessary, fragments will be PCR amplified. Once the construct has been assembled, the major components (promoters and coding sequences) will be sequenced to ensure that no deleterious mutations were introduced during the cloning process. The SOX10E2 enhancer will be PCR-amplified, directionally inserted into the enhancer reporter construct, sequenced and functionally tested in-ovo as described by Betancur et al., 2010. This will require primers, a high fidelity enzyme, restriction enzymes and cloning supplies.

Zane is a talented student who is taking on an ambitious and important project with huge translational potential. His work will take us one step closer to understanding more about how sex is determined during embryonic development. This information will feed into future work that seeks to create more ethical farming practises that will not require the culling of male chickens. 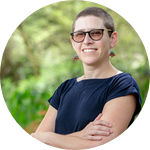 Dorit Hockman
Dr
University of Cape Town
Zane is doing his Ph.D. under my supervision. His project aims to take us one step closer to more ethical chicken farming practices. Zane has extensive experience with the proposed techniques, including the very challenging embryo experiments proposed here. The work is novel and exciting and has the potential for commercial applications. Zane has my enthusiastic endorsement and full support. 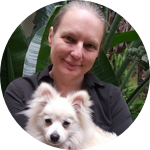 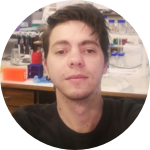 I completed my undergrad studies at the University of the Witwatersrand, during which I was invited to join the Golden Key International Honour Society for being in the Top 15% of my class. I remained at the University of the Witwatersrand to complete my MSc (Master of Science in the field of Genetics and Developmental Biology). My MSc project attempted to address the practice of male chick culling by investigating the role of a W-linked factor that may be implicated in female sex determination.

I am currently a PhD candidate at the University of the Witwatersrand. My research is focusing on enhancer identification and characterization in the chick embryo that may be used for future gene-editing work. Collectively, I have 4 years of experience in the field of avian sex determination and I have experience with techniques such as molecular cloning and in-ovo electroporation.

I am passionate about this project because it has the potential to spare billions of chick’s lives; with the commercial advantage of increased egg yields.

We plan to deposit the construct to Addgene (a non-profit plasmid repository) which will enable anyone to use it. All the data generated from the project will be reported in the form of publication(s) in recognized international journals.