It has long been known that stars fuse hydrogen to produce the heavier elements, up to iron. When they die they explode as supernovae and produce most of the heaviest elements. I am proposing that elements can be made in other ways. I will be looking at black holes to observe the presence of the processes that create these elements. Understanding these processes will help scientists to better understand the history of the universe.

When supermassive black holes take in too much matter, they shoot that matter out in jets of particles at just fractions of the speed of light. We can see these jets when they collide with matter in space. It's here that we believe that rapid neutron capture might occur.

Because the only currently known natural mechanism that facilitates rapid neutron capture is core collapse supernovae, finding evidence of r-process in other phenomena would not only change our understanding of important nuclear processes, but would also help us to understand the history of the universe.

There is also debate surrounding gamma ray-emitting, radio-loud, narrow-line Seyfert 1 galaxies. It surrounds the fact that they have been shown to emit gamma rays, which is suggestive of relativistic jets being ejected from their black holes (Doi et al. 2004). However, these galaxies are thought to have black holes with too low a mass to emit relativistic jets. Measuring the black hole mass and observing visible light synchrotron radiation will help solve this mystery.

My goal from the funding provided for this project is to pay for time of the Vatican Advanced Technology Telescope. After the data have been analyzed, the results will be submitted for publication in the journal Astronomy and Astrophysics.

The main goal of this experiment is to determine if relativistic jets can produce heavy elements. I will look for the elements aluminum and nickel surrounding the shockwave of relativistic jets. If detected, this will imply that this element production may be occurring. we will do follow up observations with the Chandra x-ray Observatory.

We will be using the Vatican Advanced Technology Telescope in Arizona. 100% of this funding will be used to purchase observing time on this telescope to obtain the spectroscopic data. The Physics Department at Marshall University has already promised to fund my travel in support of this project.

This experiment sets out to provide the first observational test for a novel idea that, if true, will have profound implications for our understanding of the development of galaxies and the Universe we see today. In addition, by providing estimates of the mass of the central black holes, the observations will also improve our understanding of processes that are important to the evolution of many galaxies. Rae Stanley is an extremely motivated undergraduate at Marshall who developed this project largely on her own. 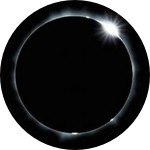 We will be traveling to Arizona to make observations at the Vatican Advanced Technology Telescope (VATT) near the beginning of the Fall 2017 semester. We will have the analysis of our data complete by early January 2018. The paper(s) resulting from our findings will be submitted to the journal Astronomy and Astrophysics around March 2018. We will travel to the 232nd meeting of the American Astronomical Society in Denver, Colorado to present our findings from June 3rd-7th 2018.

Write and submit paper to Astronomy and Astrophysics

Travel  to Denver, CO to present findings at the 232nd AAS meeting 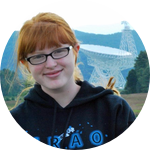 I am a 19 year old, female physics student at Marshall University in Huntington, West Virginia. I come from a coal mining family in rural Lincoln County, West Virginia. I have a passion for astronomy and mathematics. Specifically, I am most interested in planetary science and fluid dynamics. I have Ehlers-Danlos syndrome, a connective tissue disease, and I use my home bakery to raise money for the Ehlers-Danlos Society. In two years I will graduate from Marshall University with a bs in physics and a bs in biology. I hope to attend graduate school at the University of Colorado, Boulder to obtain a PhD in astrophysics. Afterwards, I hope to work for NASA's Jet Propulsion Laboratory in their planetary science division.

2 Lab Notes Posted
Welcome to My Project
Our Story