Mycoremediation by wood-decay fungi is often associated with white rot fungi. White rot fungi produce digestive enzymes that preferentially degrade lignin, a component of wood that is broadly similar in molecular structure to petroleum hydrocarbons. In contrast, brown rot fungi degrade the cell wall carbohydrates of wood, and some have been found to use metabolic capabilities not present in white rot fungi to do significant mycoremediation. The ability of white and brown rot fungi to work together to break down complex environmental pollutants has never before been tested.

Terrestrial oil spills are occurring more frequently in the US. In 2014, crude oil spills by rail increased 18-fold compared to those in 2008. A recent Wisconsin freight train derailment caused a locomotive to leak 1,000 gallons of diesel fuel into the environment. Polycyclic aromatic hydrocarbons (PAHs) found in petroleum products are mutagens and carcinogens of particular concern for both humans and animals. Our goal is to use the findings of our study to improve mycoremediation as a low-cost, effective alternative to traditional and often ecologically disruptive clean-up techniques.

We aim to determine whether a brown rot and a white rot fungus can persist together when introduced to non-sterile, diesel-contaminated soil; whether degradation of diesel hydrocarbons is greater when both fungi are present compared to either fungus alone; and how the introduction of the fungi to non-sterile contaminated soils affects the composition of the soil microbial community. We will observe pairings of Fibroporia vaillantii (brown rot) and Stropharia rugosoannulata (white rot) using wood block inocula on either ends of trays filled with compressed, contaminated soils. Fungal interaction outcomes will be assessed visually, diesel degradation will be analyzed with GC-MS, and changes to the microbial community will be analyzed with Illumina sequencing.

The majority of the funds will provide a stipend for Andi, the primary researcher, that will help her to research full time during her final year of grad school. This will eliminate delays to research caused by splitting time between the lab and a second job.

A smaller portion of the funds will supply the project with some remaining consumable lab supplies needed. This includes soil trays, tray lids, petri dishes, and culture media supplies like malt agar and gentamycin.

This project addresses relevant ecological questions because decomposer fungi play critically important roles in carbon cycling and bioremediation, yet little applied research has attempted to leverage a range of fungal nutritional modes for biodegrading recalcitrant contaminants in terrestrial ecosystems. Andi is qualified to complete her proposed research. Her approach to synergistically combining both brown and white rot fungi in applied biodegradation is novel and could improve our ability to respond to germane environmental challenges. 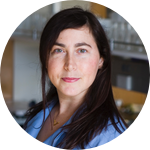 Mia Maltz
Teaching Professor and Postdoctoral Scholar
Chapman University and University of California Riverside
Andi's project is very innovative in that she is the first researcher that I know of to attempt to combine the enzymatic powers of both white rot and brown rot fungi. It is important to find new ways to clean up diesel spills and other toxic waste. Andi has taken two mycology classes from me and been my TA in Mycology, so she definitely has the background for this project. I give my hearty endorsement. 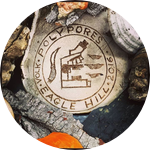 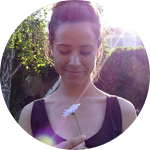 I am a mycologist with a background in environmental studies. I am interested in the development of solutions to to small-scale environmental problems that empower communities to achieve ecological rehabilitation in their backyards using low-cost, low-tech methods... and I believe partnering with fungi can help us do just that!

6 Lab Notes Posted
The fungi are taking over our wood blocks!
2nd Place in the Fungi Challenge!
Wood blocks are ready!