Our laboratory has partnered with the Humane Society of South Mississippi (HSSM) to do a large-scale study on the cognitive and communicative capacities of dogs. With this research, we aim to investigate the evolution of intelligence by directly comparing the abilities of canines with those of other species. We also hope to use our findings to create an assessment tool that will allow HSSM to better place dogs into adoptive homes.

The intelligence of dogs has been debated for many years in the popular press and has becoming an increasingly hot topic in comparative psychology. However, the majority of studies have focused on pet animals, with relatively few subjects. Current thinking suggests that dogs are superior to nonhuman primates in some communicative tasks with humans, a finding that needs large-scale replication. The Humane Society of South Mississippi receives over 11,000 animals per year allowing us access to a large pool of potential subjects. The battery of tests that we are planning to run with the animals will allow us to directly compare dogs with multiple species (including nonhuman primates, birds, and marine mammals). These investigations are already underway.

A currently popular theoretical perspective on the evolution of intelligence is the domestication hypothesis which states that as dogs were domesticated, they gained not only the traits that humans were intending to breed (hunting, herding, etc.), but also the ability to follow human communicative gestures, for example pointing to draw attention to another object. This theory rests on the early findings suggesting that dogs could succeed at point following tasks and apes could not. However, recent publications from our lab suggest that these differences are based more on previous experience than on species differences, a finding that is supported by other research. We hope a larger scale study can clarify these contradictory findings.

Our goal is to complete our cognitive assessment with 40 dogs. This will allow us to do the first real comparison between the abilities of dogs and other species. Assessments will include classic cognitive tasks such as spatial memory, understanding of numbers, and physical properties, as well as such constructs as attention, communication, and problem solving by the dogs, which will be directly applicable to matching dogs with families. With an enormous number of stray animals coming into the shelter every year, better matching of dog to home could reduce return rates of dogs and reduce the loss of life for pets in Mississippi.

Your donations will be used to provide the necessary support for the researchers and for the animals. A portion of the funds will provide salary so that the principal investigator can replace one summer class with time spent focusing on the project. Additional funding will purchase an iPad and a video camera for data collection on the ground, a hard drive for storing the data, testing materials such as cups and mats, and dog treats. 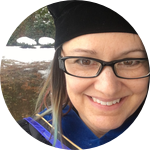 Heidi Lyn has worked everywhere from Hawaii to Harderwijk (the Netherlands) studying animal intelligence and communication. She has published studies on chimpanzees, bonobos, and dolphins, and has also studied the behavior of belugas, sea otters and walrus. She has been written up in Science magazine as well as in two books and has been interviewed on the PrimateCast, by major newspapers, and by the Today show.

Some of Dr. Lyn’s recent articles have shown that environment has a strong effect on the cognitive and communicative abilities of apes. This led her to expand a battery of tests for multiple species to directly compare how different animals think.

Dr. Lyn has had long standing connections to the dog training world as both her sister and one of her closest friends have been trainers for over 15 years. Many discussions of animal intelligence have led to the question – but what can dogs really understand? This project aims to explore that question. CV

7 Lab Notes Posted
Thanks to everyone!
New story on our research
Ask me Anything!