Soybean roots will be surface sterilized with 10% bleach for 2 min. followed by 3 rinses in sterile distilled water.  Root sections 2 - 5 mm in length will plated on 1/4 strength potato dextrose agar (PDA), which allows endophytes to grow, slowly, from the root.  After several weeks of growth, endophytes will be transferred to full strength PDA, which allows fungi to grow vigorously, for identification.  Tissue will be preserved in 20% glycerol at -80 Celsius for later use in genotyping and antagonism assays. 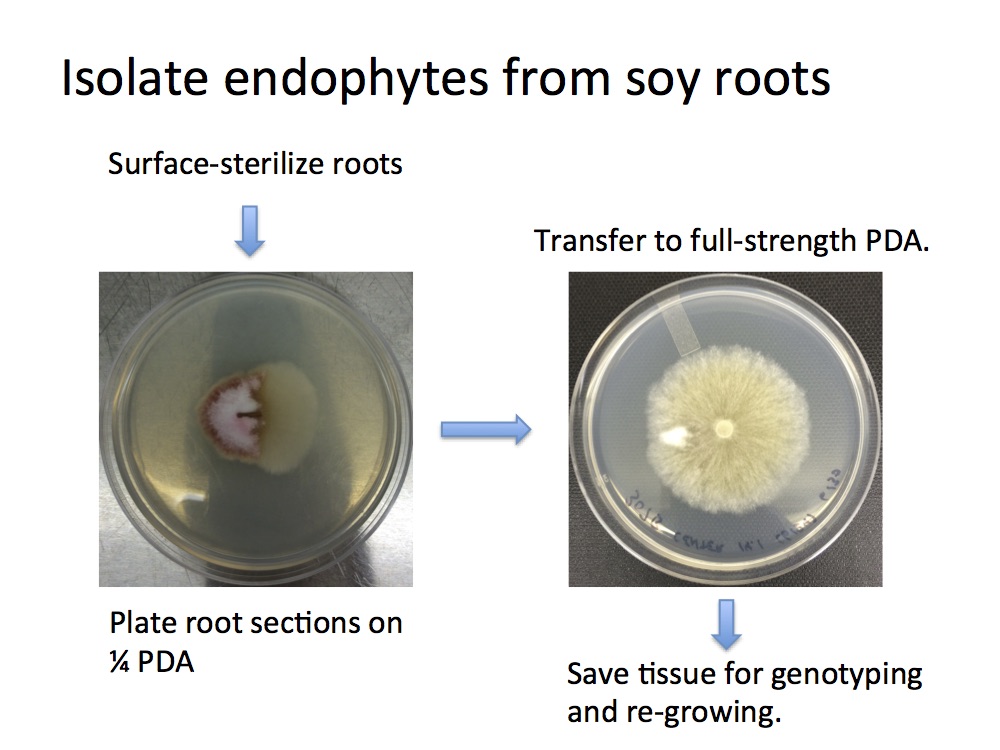 For the SCN-antagonism assay, fungi will be grown either separately or in combinations in potato dextrose broth (PDB).  Filtrate from this broth will be collected and applied to SCN worms in 24-well plates.  After 24 hours of incubation, the worms will be placed on coffee filters sitting on a screen over a glass Petri dish.  Worms that are alive will move through the coffee filters and screen into the dish, below.  By counting the number of worms in the dish, the nematicidal activity of the filtrate can be determined. 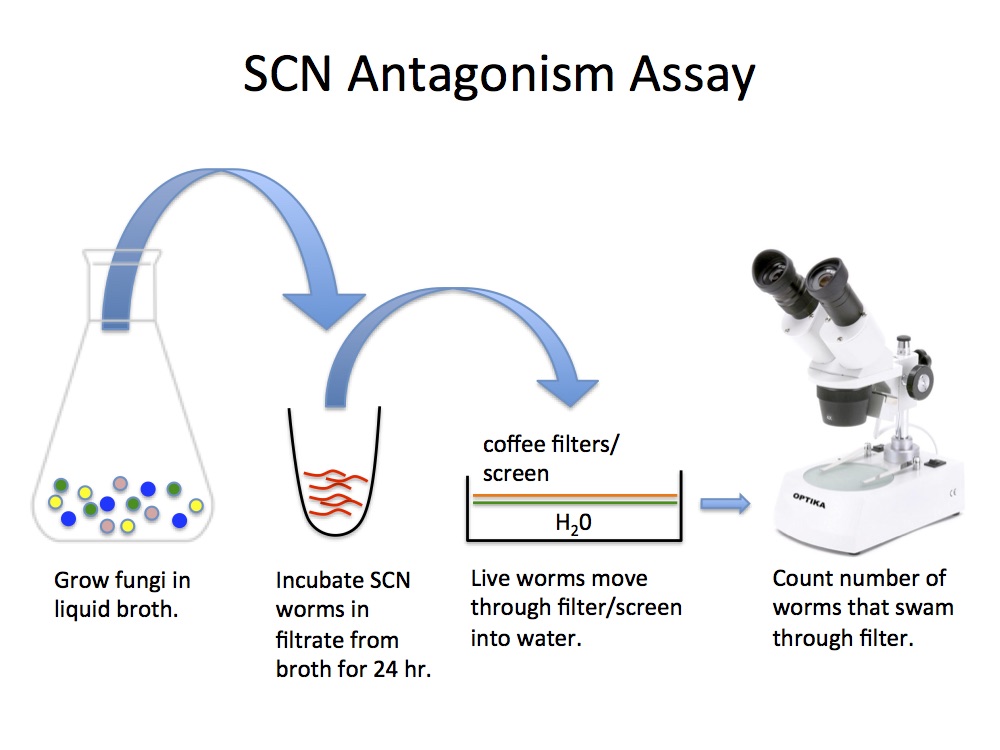 It is possible that plates in which I am trying to grow fungal endophytes will become contaminated with bacteria.  I plan to supplement my media with antibiotics to address this problem.  Another challenge may be isolating pure fungal strains from roots, because many fungi may be present in the same root section.  To address this challenge, I plan to keep a careful eye on cultures and to transfer distinct endophytes to fresh plates if multiple fungi appear to be growing on the same plate.

My hypothesis is that fungal endophyte communities in soybean roots help to suppress SCN through the production of nematotoxic compounds.  This hypothesis will be supported if filtrate collected from fungal communities kills more nematodes than filtrate collected from single fungi.  There is, of course, the possibility that some individual fungi will have greater nematode-killing abilities than any artificial fungal communities that I create.  In either case, individual fungi or combinations of fungi that are potential biocontrol agents for SCN should be identified.