The good news is we managed to collect human DNA off trafficked animal specimens using gelatine lifters, the bad news it wasn't enough for individual identification. We believe there is a a world of potential for exploring other forms of forensic techniques in tackling the IWT and I will be pursuing this work further. Having already repeated the experiment using alternative methods for DNA collection we are beginning to see much more encouraging results so watch this space!

We hypothesize that human DNA can be collected off of animal specimens using forensic gelatin lifters. We will recruit 20 volunteers, who will provide a DNA sample and handle 3 animal specimens, feathers, ivory and reptile skin. We will use the gels to attempt to collect human DNA from the specimens, then compare samples against the volunteers DNA profiles.

The illegal wildlife trade (IWT) is currently one of the biggest threats to species globally and is responsible for the demise of recognisable animals such as rhino, elephant, pangolin and even parrots. Fuelled by demands for parts used in traditional medicine and as trophies for the elite, the IWT has even been linked to organised crime. The industry is now estimated to be worth up to $10 billion a year, excluding timber and fish, making it a lucrative and attractive endeavour for criminals.

As long as these animals are worth more dead than alive, the IWT will persist and people will risk poaching. By establishing reliable methods of catching these criminals we move a step further from making such risks worthwhile.

Current efforts involved in tackling the IWT vary from community and education projects, all the way up to policy change and trade controls.

One gap in these efforts is the capture and prosecution of individuals, with arrests often confined to those without significant influence in the wider trade. Additionally, a report by an international law firm identified that most countries involved in prosecutions have severely lacking systems in place to successfully bring even these lesser criminals to justice.

There is a need to see which existing methods in forensic investigation can be applied to wildlife crime cases. Obtaining human trace evidence off of animal parts seems a natural bridge between current forensic capabilities and progression towards prosecutions.

We hypothesize that gelatine lifters can be used to lift human DNA off of trafficked animal specimens. This will be tested through the recruitment of 20 volunteers, who will provide a DNA sample and handle 3 animal specimens, including ivory, reptile skin and feathers. After the volunteer has handled each specimen their fingerprints will be lifted using gelatin lifters.

The gels will then be processed to extract and amplify any human DNA present. A total of 148 fingerprints will be collected and processed, 2 per specimen per volunteer. Any DNA successfully collected from the specimens will be matched against the volunteer profiles.

These consumables are essential for the extraction of DNA samples successfully collected off of specimens using the gelatin lifters. This kit allows for 200 samples to be processed. We anticipate 148 samples from 20 volunteers providing 2 fingerprints per specimen (feather, reptile skin, ivory) so a single kit will allow for repetitions if required and the inclusion of a fourth specimen if one becomes available.

These figures are enough for quality statistical analysis and will provide an insight into not only whether the procedure works but which types of specimens this procedure may be most suitable for.

The results may help to make informed decisions about where this type of methodology could be deployed, based on the species, to help tackle the illegal wildlife trade. The more we know about the potential uses of these gels the more we can advise and encourage their use in relevant forensic investigations.

This project will inevitably show if the novel approach can be implemented in forensics. Although gelatine lifters have been shown to have a range of applications, we are interested in the black gelatine lifters and their potential to tackle wildlife crime. Alex has been working with us at the Institute of Zoology/ZSL to develop this innovative method and train in forensic techniques. As a supervisor, she has my full and enthusiastic endorsement. 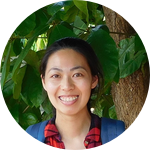 I hope to have all sample collection and the majority of laboratory work finished by end the of May 2019. The project should be completed and written up in full by June 2019.

The report will be produced as a PDF MSc project report to the required specifications set by University of Edinburgh and shared as a lab note via the project page on the experiment platform. 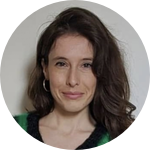 For the last eight years, I have facilitated the education of aspiring wildlife professionals, both as an educator and as a project manager.

During this time I have been exposed to various types of human-wildlife conflict across the world and spoken to those both affected by it and those trying to address it.

It is through my professional career I first encountered the true extent of wildlife crime, including illegal trade, persecution and poaching, both domestically and internationally. Of the many challenges facing wildlife, this felt like a problem that could be practically addressed.

I have long believed wildlife conservation requires a significant focus on humans. This may manifest through raising the voices and practices of indigenous groups who have lived harmoniously with our natural world for generations or through attempting long-term behaviour change in the global north to reduce the impact western lifestyles have on biodiversity.

For me, I am focusing on human perpetrators of wildlife crimes and attempting to identify those responsible for them. Where individuals cannot be identified, or where their involvement is due to extenuating circumstances, I hope my work can contribute to intelligence gathering to help counteract large scale criminal activity in this area.

I am aiming to achieve this through my PhD and through the amazing continued support of law enforcement officials and experts in the field of wildlife forensics. Collaboration is and always will be key in wildlife conservation and I believe platforms like this open up an amazing opportunity for the general public to be involved in research from the very beginning.