Up to 1 billion people suffer from neurological disorders.

MSCs can be modified to produce certain nuerotrophic factors (proteins) which may alleviate otherwise incurable conditions. Gene-modification of MSCs requires a process known as "transfection". The "Neon" transfection system by Invitrogen is the device we are raising money to buy.

One protein we are interested in transfecting and over-expressing MSCs with is brain derived neurotrophic factor or BDNF. BDNF has been shown to contribute to the recovery of ischemic stroked rats (1). BDNF mRNA expression is reduced in the Parkinson's disease substantia nigra (2) and improves cognition in an Alzheimer mouse model (3). Lastly, BDNF is neuroprotective to retinal ganglion cells (RGCs) in a rat glaucoma model (4).

In severe cases of glaucoma RGCs die off and therefore leave the patient visually impaired or if untreated, blind (5). Currently there is no cure for glaucoma, it is a very complicated disease. However, we could possibly keep people with glaucoma from getting worse or going blind ( a more pro-active neuroprotective treatment) with the administration of gene-modified MSCs.

We are very passionate about our work here at SanBio Inc. and have included an image of rat RGCs cultured with BDNF as our banner for your viewing pleasure.

Up to 1 billion people, nearly one in six of the world’s population, suffer from neurological disorders, from Alzheimer and Parkinson disease, strokes, multiple sclerosis and epilepsy to migraine, brain injuries and neuroinfections, with some 6.8 million dying of the maladies each year, according to a new United Nations report issued today (6).

The funds will be used to purchase a used device called an "electroporator". The type of electroporator we are interested in is the "Neon" transfection system from Invitrogen. This system is unique in the fact that it is more efficient in transfecting primary cells, such as MSCs, than any other system on the market (common consensus). The system is comprised of the electroporator (delivers the electro-impulse to the cells), transfection buffers, pipette and pipette tips. The buffers and pipette tips are consumables and will need to be replaced periodically. This system retails for more than $6000.00 therefore purchasing a used system would is more economically realistic.

$2715.00 dollars is what it costs for a used, not new, Invitrogen Neon transfection device. This includes the device and consumables needed to perform transfection and gene-modification of MSCs. 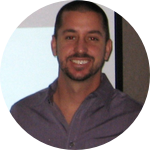 I am a young scientist in dire need of new laboratory equipment. I work for a small start up biotechnology company by the name of SanBio Inc. We are interested in treating neurological pathologies with a novel adult stem cell product. However, in this market it is tough to find funding for research and that is why we have turned to Microryza. Please help make a difference and donate if you can.