Natural materials may provide an effective, economical, and safer alternative to the chemicals commonly used for oil spill recovery today. The use of naturally occurring, soap-like materials in oil spill response could prove less harmful to worker health and reduce the impact of the cleanup chemicals on the environment.

Each year, more than 100,000 metric tons of oil or refined petroleum product worldwide are released into the sea due to spills. Large releases such as the Deepwater Horizon/Macondo Well oil spill in 2010, which resulted in the release of more than 4 million barrels of oil, pose an acute risk to the surrounding ecosystem, especially nearby coastal areas. Chemical dispersants, which are mixtures of soap-like organic chemicals (called 'surfactants') and solvent, are valuable tools for marine oil spill response. The surfactants facilitate the breakdown of the oil into droplets, so that they can be washed away. The solvent helps the surfactants penetrate the oil layer. 2.1 million gallons of chemical dispersants were applied in response to the Deepwater Horizon/Macondo Well oil spill. Synthetic chemical dispersants are expensive. Many are also harmful to marine and coastal flora and fauna, and exposure also can be harmful to the health of workers.

We propose that natural surfactants, when combined with slow-evaporating solvents, may provide effective, economical alternatives to chemical dispersants. These alternative dispersants may also be less harmful to workers and the marine ecosystem.

Our experiments will test the following hypothesis: Naturally occurring surfactants reduce the interfacial tension between oil and seawater, thereby promoting the formation of small oil droplets.

Your support will help us upgrade our experimental setup so that we can produce publishable results. We also are seeking funding for an undergraduate student to work on this project during a 12-week summer internship.

Our stretch goal includes publication fees so that we may share our work in an open-access, peer-reviewed journal, and funding for a syringe pump to make our measurements more reproducible.

INCENTIVES: Donors will have access to our lab notes, will receive progress updates, and will be invited to tour the McNeill Lab in NYC to see this project in action. Donors contributing $100 or more will be mentioned by name in the Acknowledgements section of our future publications coming out of this project! 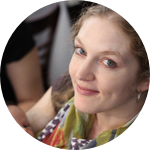 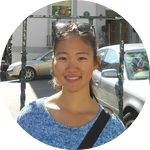 Mark and Christina are undergraduate Chemical Engineering students performing research in Prof. McNeill's laboratory. Mark and Christina both grew up in Southern California. Everyone on the team loves the ocean and the Navier-Stokes equation.

I am an Associate Professor in Chemical Engineering at Columbia University in New York City. I received my Ph.D. in Chemical Engineering from MIT in 2005. I did my undergraduate studies at Caltech, which is where I first became interested in environmental research, especially air pollution. My research group at Columbia studies atmospheric chemistry, climate, and environmental chemical engineering.

I am an undergraduate senior studying Chemical Engineering at Columbia University. I am a research assistant in Professor McNeill's in the Department of Chemical Engineering where I study oil-brine interactions. I have previously done work testing the effects of different organic molecules on the formation of brown carbon. I am from East Los Angeles, California. I enjoy many activities, from playing video games to playing basketball or any other sports. I also enjoy playing my guitar and has been one of my passions since I was young. I plan on pursuing a Ph.D in Chemical Engineering after I graduate.

Here's an article on the project on the CU Chemical Engineering website: http://cheme.columbia.edu/new-idea-oil-spill-resp...