It has been suggested that diatoms and other ocean biologics are transported to the atmosphere when waves break and there they seed supercooled water droplets to form ice crystals. We suspect otherwise and wish to test this idea. Surface water from off the Australian East coast will be compared with surface water from Antarctica. Biologics will be distinguished from mineral salts and particles and the ice nucleating efficiency of each determined.

It has recently been shown that incident neutrons can initiate the freezing of a volume of supercooled water, in what we call the snowball paper. This new finding has ramifications for the interpretation of both experimental data on the nucleation of laboratory samples of supercooled water and on the interpretation of ice nucleation involved with cloud physics. If some of the cloud nucleation previously attributed to dust, soot or aerosols has, in fact, been caused by neutrons, this may require fresh consideration in climate models. Since cosmogenic neutrons have a greater flux at high latitudes, estimates of ice nucleates in these regions may be larger than required to accurately model cloud and condensation properties.

As the climate warms and Arctic sea ice retreats, direct measurements of cloud cover and solar radiation help to evaluate and improve models. Six state-of-the-art models adequately capture near-surface meteorological parameters, but most fail to capture the vertical structure of clouds over the Arctic Ocean. Cloud microphysics schemes should be improved based on the observation that supercooled liquid clouds are maintained even in low-temperature environments below -20°C. It seems likely that neutrons and not dust and soot or biologics are responsible for observed nucleation and reported discrepancies.

We argue that at high latitudes, neutrons cause nucleation of supercooled water droplets in clouds, and not dust or diatoms which have been blown up into the atmosphere. We will test this hypothesis by measuring the ice nucleation ability/capacity of surface waters collected from both the East Coast of Australia and Antarctica. The nucleation device, known as ALTA can provide statistically significant data on nucleation probability. We will determine, by both dilution series and size filtering, the particle size regimes which cause nucleation at a given supercooling level, such as that found in clouds.

Detailed measurements will allow cloud microphysics models to be adapted and incorporate neutrons as a sources, with latitude dependence.

We need to get far offshore Coff's Harbour to collect seawater form the ocean surface.

We need to ask a scientist travelling to Antarctica to collect and return some surface water. It must then travel from Hobart to Sydney.

We then need to test both sets for ice nucleation properties, with both a dilution series and a biology/mineral sort as well as a size sort, to be sure what is causing the nucleation.

No other monies are sought.

This is an exciting idea that to the best of my knowledge, no one thought about before. The scientists are top researchers in this field. 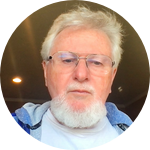 Boris Rubinsky
Professor
University of California Berkeley
This project seems very interesting. It is highly expected that the scientists will provide a novel model of cloud microphysics by their experiments. 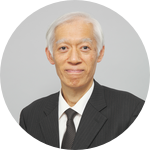 By March, 2022 we will have gathered sea water from both off the east Coast of Australian and from the Antarctic. We will spend five weeks doing a dilution series and measuring the nucleation temperature for each volume/dilution. It will then take two weeks to write up the results.

complete experiments on dilution, nucleation, temperature profiles for each sample 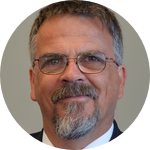 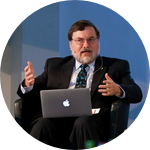 Wilson and Haymet have studied ice nucleation for many years and in many ways lead the way in determining if an additive helps or hinders the supercooling ability of a given solution. Haymet is a Board member of the Antarctic Science Foundation and will source surface water form Antarctica. Wilson has access to surface water from off the coast of Australia. Wilson's lab has students capable of measuring the nucleation statistics f these waters, with a filtering and dilution series on play