Demand for protein is growing in emerging economies fastest. Producing cultured protein (CP) is one approach for meeting rising demand. However, most CP production is located in high-income countries, like Singapore. No publicly available study of CP production's feasibility in developing countries exists. This study will assess the barriers and opportunities associated with establishing CP manufacturing in Thailand.

Thailand could potentially be a large CP producer. Thai Union, a leading food company, is partnering with cell-based meat startups. The country is also one of the most cost-competitive locations in the world for manufacturing. The government has launched a bio-economy vision, a part of which is aimed at increasing value-added agricultural production to bolster its economic status.

However, the manufacturing sector faces challenges that could also impede CP. Some high-value ingredients for food and pharmaceutical manufacturing need to be imported since local facilities lack the technology and/or technical support to produce them. If the government and industry can anticipate barriers, then they can direct investment and policy towards surmounting them.

Export manufacturing has been a key driver of socio-economic development across Southeast Asia and manufacturing CP ingredients or products could be a driver of economic growth and competitiveness in Thailand.

Agriculture employs one-third of the labor force in Thailand. Instead of importing CP from elsewhere, producing it in Thailand would ensure that the jobs remain in the country. Low-wage jobs in emissions-intensive industries like that of automobiles are abundant in Thailand, but CP manufacturing would create more green and potentially higher-paying skilled jobs.

Producing CP could also boost food security and nutrition with less environmental and animal welfare impacts. The findings from this study may also be generalizable towards other emerging economies.

The Breakthrough Institute and the University of Colorado-Boulder researchers will conduct a literature review, set up and conduct 20-30 interviews with key stakeholders from government, industry, and civil society, and write a whitepaper and journal article to communicate the research and findings. The project will start in the spring of 2022 and take approximately four months to complete. More details on funding and experimental design can be found in this lab note.

This budget is critical towards supporting the researchers involved. The project is expected to take 240 hours to complete. The cost of supporting research personnel at the Breakthrough Institute and at the University of Colorado-Boulder is $9360. The think tank researcher's costs include project time and management, setting up and conducting the interviews, conducting the literature review and interview analysis, drafting a white paper to publish on the think tank's website, and developing communications materials. The university research personnel's costs include analyzing literature, conducting and analyzing the interviews, and drafting an academic paper. The estimated cost of submitting an academic paper to a peer-reviewed journal is $2250, though the fees may vary depending on the journal.

The focus of this project on Thailand is particularly exciting. While there is substantial analysis of the suitability of highly industrialized countries like the US, Israel, and Singapore and very large emerging economies like China and India to produce cultivated protein, there is very little work focused on mid-size emerging economies. The research team is highly qualified given their experience studying food system transitions in emerging economies like Brazil, and the infrastructure & policy needs for cultivated meat production. 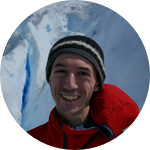 April 1 - 31st: Conduct interviews. One month is allocated due to the limited time overlap between Thailand and the US. 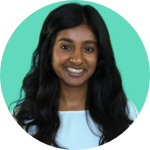 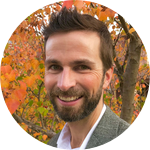 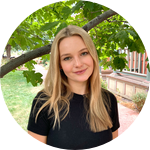 Saloni Shah is a food and agriculture analyst at the Breakthrough Institute. She studies the environmental and economic impacts of alternative proteins and develops recommendations for how the federal government can accelerate the technological development of the industry. She has spoken on the importance of government R&D for alternative proteins as part of a Congressional Briefing and has worked with an international group of non-profis to define a global innovation policy framework for alternative proteins as part of the UN Food Systems Summit. She is interested in understanding the social, economic, and political dimensions of alternative protein production and is hopeful for a future where affordable, sustainable, and nutritious protein is available. She became interested in the sector due to its potential to transform the food system.

Saloni has a combined BA/MS in Environmental Science and Analysis from Boston University.

I am an interdisciplinary scientist interested in how novel technologies, policies, and programs can improve environmental sustainability while supporting people's livelihoods. I work on sustainable agriculture and food systems in Brazil and the US.

I am a USDA New Food Systems Technology Fellow in the Environmental Studies Ph.D. Program at the University of Colorado Boulder. I am passionate about investigating the social, economic, and political considerations of a just transition to alternative protein sources. I am specifically interested in identifying opportunities for the production and distribution of cultured proteins to support the resiliency of global food systems.