Autism spectrum disorders are a group of the most serious children’s neurodevelopmental states. Existing drugs such as neuroleptics are ineffective and have serious side effects. We want to test neuropeptide’s ability to treat strong forms of autism spectrum disorders. With your help, we can take one step closer to developing a new, effective and safe approach which now is needed by more than 6 million children.

Nowadays there are more and more children diagnosed with autism spectrum disorders (ASD). Incidence rate of ASD is higher than of isolated deafness and blindness together, of Down syndrome, diabetes or children’s cancer. The upward trend of the disease is observed in all countries, the annual number of children with autism is increasing by more than 5%. According to the World Autism Organization (WAO), prevalence of autism was 1:10000 in 1970, 1:1000 in 1995 and reached the ratio of 1 to 88 children in 2012.

ASD are the most “human” disorders of neural development. ASD characterized by impaired social interaction,verbal and non-verbal communication with parents and peers. Children with strong forms of ASD cannot enjoy life as we do, cannot lead a normal social life and therefore, constantly feel a sense of loneliness. In a lot of cases ASD is accompanied by severe cognitive dysfunction.

Traditional treatment for strong forms of ASD includes drugs of different pharmacological groups - neuroleptics, antidepressants and tranquilizers. But, according to the data obtained from 11 569 patients with ASD in the Institute of autism in Los Angeles, traditional therapy showed only a partial effectiveness in 25% of cases. Common medical treatment has serious side effects, damage from which may considerably exceed its benefits. Moreover, there is no optimal diagnostic method. That’s why 90% of parents don’t trust such terrible diagnosis and refuse treatment. Nevertheless, usage of these drugs is constantly growing, since the optimal therapy for autism has not yet been invented.

The aim of our work is to discover a fundamentally novel approach for early treatment of autistic disorders. We suggest using a new class of drug compounds. Recently we have investigated very promising neuropeptides which have highly specific positive impact on condition and maturation of the brain and can help in therapy of ASD.

In this project we will use valproate model of ASD on laboratory animals. This model is relatively new and is recognized as one of the most promising and validated. Conducting research on this model will help us to explore new aspects of the disease mechanisms and to find new ways of ASD treatment using neuropeptides. Potentially, our work will lead to a target therapy of strong forms of ASD and will open new perspectives for developing an effective and much safer drug, which now is needed by more than 6 000 000 children in the world.

Valproate model of ASD is performed by prenatal administration of high doses of valproic acid (VPA) to female rat on 12th day of pregnancy. The following characteristics (similar to ASD) were observed in behavior of cubs with fetal valproate syndrome:

For autistic disorders treatment we plan to test analogues of adrenocorticotropic hormone - ACTH 4-10 and ACTH 15-20, and fragments of arginine-vasopressin - Ac-D-MPRG and Ac-D-SPRG peptides. It is known that peptides of these classes: Animal studies are incredibly important part of work. We guarantee that with your help we will carry out this work and publish the results in lab notes.

We need your help to get closer to the development of a new method for ASD treatment.
Our main objectives are:


We will use pharmacological, behavioral and MRI methods. Combination of these methods makes it possible to analyze both simulated ASD in rodents and the positive effects of regulatory peptides. All the studying drugs will be administrated intranasally, such a non-invasive way is very appropriate for clinical application. We have basic equipment set for the analysis of neurotropic effects of physiologically active substances: Also we plan to perform morphological studies using magnetic resonance imaging (MRI), which will expand the data of simulated pathology and illustrate the effect of neuropeptides. Such combined approach will allow us to describe simulated pathology in details and characterize the ability of regulatory peptides to correct autism spectrum disorders.

Most of the experiments will be carried out in Moscow, we plan to work with animals on the base of MSU. Marina, our US part of the team, will plan with us all the experiments, and she will be responsible for some theoretical parts of the work - interpretation of MRI data, statistics, behavioral data analysis, etc. We believe that this is the first step to the big collaboration in future.

We are seeking for $5000 for this project. Your donation will help us close financial gap and do follow things: 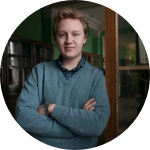 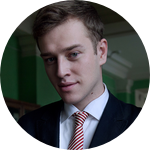 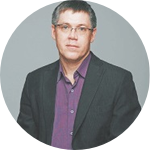 A. Malyshev – I’ve been working with peptides for 7 years and was participated in the development of 2 drugs. Recently I faced personally the problem of autism, met with several families with ASD children. They receive drug therapy on the basis of Moscow rehabilitation center. But this is not bringing the expected results. I believe that together we can find new ways to treat autism.
M. Ananyan – During our education at MSU, we did some scientific work about neuropeptide’s effect on cardiovascular system. She provided invaluable assistance in the design of this study. We believe that our work will have global impact. Having obtained promising results, we plan to expand our collaborations with the United States.
I. Doronin – Specialist in peptide synthesis. We have strong collaboration for several years. Together we’ve already performed some peptides projects.
V. Dubinin is our thought leader. He has more than 100 scientific papers, related to different areas of the neuroscience.

2 Lab Notes Posted
Some facts about mice and rats.
Just a few words about our lab...

Why animal models in autism?
Autism seems to be a disorder specific to humans. Human psychiatric diseases are assessed mainly by interviews, and language in its full expression is certainly a unique feature of humans, although several animal species might be able to express parts of its characteristics. However, the understanding of interactions of several genes or genes and environment cannot be gained by human studies. We need both cellular and animal models. Cellular models are relevant for the most elementary interactions whereas animal models are necessary for testing the hypothesis in a complex organism and assessing behavioural and cognitive alterations. Which similarity will we attain between the model and the human disease? Overlapping behaviour and cognition is limited between animals and humans. It is important to keep in mind that the animal models are for autism.
An animal model to be considered as a relevant model of a psychiatric condition described in humans should fit several criteria usually described as construct, face and predictive validity. Construct validity mainly relies upon identity of causation between the animal phenotype and the human disease. Autism is associated with genetic and environmental factors; therefore, animal models should be built by mimicking these factors. Face validity implies that the phenomenological aspect observed in the animal is similar to the one observed in patients. This might correspond to identical neuroanatomical, neurochemical, behavioural and cognitive modifications in the model compared to the human disease. Finally, predictive validity means that treatments that suppress or reduce some of the symptoms of the disease in humans also reduce the symptoms found in the animal model.

Why rodents as animal models?
Given the features of autism, it would be logical to use the animal species most similar to humans. Interesting experiments have been undertaken on higher primates, but handling these animals is associated with difficulties, like the long delay of central nervous system development, the difficulty of creating transgenic animals, the ethical considerations and the financial weights. These drawbacks are mainly absent in the most popular animal models: rodents. But are rodents suitable? Let us make the assumption that all structures and cerebral functions involved in autism exist in rodents. In this case, we need to learn how to ‘read’ our model, but conceptually there should be relevant tests to attain this task. A more pessimistic opinion would be that the structures and functions involved in autism are only present in humans. Even in this case, these structures are connected to others, therefore at least part of the syndrome would be amenable by the model. The difficulty here is that we do not know which part of the syndrome we have to search for in the model: are these the core signs of autism or the associated signs? We can also imagine all intermediate situations between these two extremes. It is plausible that our knowledge will soon be sufficient to build exhaustive robust maps of brain structures, functions, and of their phylogeny in mammals.

We are very happy that after graduate from Moscow State University and flown apart over the world we haven’t lost touch with each other and work together to manage such an interesting and important project. We really can do this exciting research with global impact.