American men experience a testosterone decline after 30. A quarter to a third have below normal levels. Symptoms include sexual dysfunction, depression, reduced energy, reduced muscle strength, and sleep problems. More than a million men are on testosterone shots and gels. The treatments have serious side effects.

Americans have the highest testosterone when young and the steepest decline with age. In other cultures testosterone is flat across lifespans. American high schools and universities put large numbers of young men and women in contact, when other cultures expose young people to few strangers. However, Americans may be cleaner (i.e., showering) and lack contact between older men and women (e.g., driving instead of taking a subway). Oral contraceptives may also be a factor.

Testosterone replacement therapy causes a man’s body to stop producing testosterone. The result is that he may stay on hormone supplements indefinitely. If he quits his body will eventually recover testosterone production, but for weeks or months he’ll feel worse than before he took the supplements.

The long-term effects of testosterone replacement are unknown and could include prostrate cancer, heart disease, and sleep apnea.

In contrast, exposure to women’s sweat may be a safe, natural way to raise men’s testosterone. Our ancestors evolved taking fewer showers and living in closer quarters. We may be able to restore millions of men to normal hormone levels with associated higher energy, less depression, more sex drive, more muscle strength, and better sleep.

Our goal is to develop a safe, effective treatment for low testosterone in men that will lack the side effects of current treatments.

More specifically, we will work with female subjects 18-30 years old, not pregnant, and not on oral contraceptives, and we will:

The male subjects will pay for their own testosterone tests. Saliva tests cost about $60.

We'll recruit female subjects via Facebook ads (18-30 years old, not pregnant, not on oral contraceptives). They'll be paid $25 each. The women will wear scrunchies in their hair during the week before ovulation (tracked via free fertility apps). The women will mail their scrunchies to us in ziplock bags.

We'll vacuum seal the ziplock bags and mail these to the male subjects.

The men will dampen the scrunchies then wipe them on their upper lips.

Half of the men will receive new scrunchies (controls). The men will be divided into three groups receiving 15, 8, or 4 scrunchies per month.

For each female $10 advertising, $25 payment, $10 for the scrunchie and postage; subtotal $45. With 120 women the total is $5400 for one scrunchie per woman per month. Our minimum budget is $1350, in which each woman sends us four items (two scrunchies and two gauze pads, two scrunchies cut in half, etc.).

We'll recruit the male subjects from the men who donate to this project who are not on hormone replacement therapy, are at least 18 years old, and are in the United States.

For 24 men we need 216 mailings. We're budgeting $10 per mailing for packaging, postage, mailing labels, etc. We could save money by mailing First Class or by including several scrunchies in one package. This totals $2160 for the male subjects. Our minimum budget is $5 per mailing, with 2 items per mailing, or $540 total. 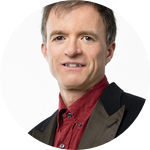 When I was 37 my testosterone was 378 (the normal range is 270-1070). Then I took a summer dance class at a university, three times a week for eight weeks with a dozen sweaty young women. My testosterone rose to 871, or more than doubled.

I have more than twenty years experience in medical technology. In 1992 I founded Casa Futura Technologies, the leading manufacturer of devices for treating stuttering and the speech disorders associated with Parkinson's. My expertise includes evidence-based medicine and we have about 20 published studies.

After grad school no one hired me because I stuttered severely. I went to the university library and read every book and journal about stuttering. I read about laboratory experiments in which electronic devices made stutterers talk fluently. I built one, it worked, and I started a company.

I can "think outside the box" to solve a medical problem in ways others can't or won't consider.

Many non-human animal studies have found increases in testosterone in males after exposure to females' bodily secretions such as urine or vaginal fluid. Most of these studies have been with rodents such as mice, rats, and hamsters. A few studies have used monkeys. (See the bibliography in Roney and Simmons (2012) for these references.)

Miller and Maner (2010) reported two studies in which young men were exposed to women's sweat. In the first study, four young women (18- and 19-year-old college students) wore t-shirts during ovulation, and then a second t-shirt during their luteal phase (far from ovulation). The women were not on hormonal contraceptives; showered with unscented soaps; refrained from using perfumes, deodorants, and antiperspirants; avoided odor-producing foods (e.g., chili, garlic, pepper, vinegar, asparagus); and didn't use drugs. The women wore the t-shirts while sleeping for three nights, then put the t-shirts into freezer bags and gave them to the experimenters, who then froze the t-shirts. Within six days the t-shirts were defrosted for the experiment. 37 young men (18- to 23-year-old college students) smelled one t-shirt each. Testosterone was measured via saliva before the experiment and fifteen minutes after smelling a t-shirt. The results showed a very small (0.5%) increase in testosterone after smelling the t-shirts worn during ovulation; and a more substantial (18%) decrease in testosterone after smelling the luteal phase t-shirts.

In Miller and Maner's second study, eleven young women (18- and 21-year-old college students) wore t-shirts during ovulation, and then a second t-shirt during their luteal phase. A third set of t-shirts was not worn by anyone. 68 young men (18- to 23-year-old college students) smelled one of the three t-shirts. In this study, testosterone dropped for all three groups. The ovulation group dropped 7%; the luteal phase group dropped 20%; and the control group dropped 17%. This study also asked the men to rate odor; the results were that men preferred the odor of the t-shirts worn around ovulation.

Roney and Simmons (2012) had young women (mean age 19) wear gauze pads taped under their arms for five minutes after they had "broken into a sweat" while walking around the University of Texas, Austin psychology building on a hot day. The gauze pads were then frozen and sent to the University of California, Santa Barbara. The researchers then placed the gauze pads into bottles of water. Additional new gauze pads were placed in other bottles of water. Young men (mean age 20) participated twice, about a week apart, in which they smelled the bottles. Saliva was collected twice before and four times afterwards (15, 30, 45, and 60 minutes afterwards). No change in testosterone was found.

These results suggest that women's sweat isn't an effective way to boost men's testosterone. However, our study will differ from the above studies in several ways: