Research on individual differences in animals is growing exponentially, but scientists have yet to develop a comprehensive personality assessment for "man's best friend". The goal of this project is to design an assessment that will quantify multiple aspects of a dog's personality. Once established, this assessment would provide a starting point for a variety of sorely-needed canine research, both basic and applied.

Previous research has established individual variation in behavior in a huge variety of species, from water striders to hyenas to octopodes. Most of this animal research focuses on only one or two dimensions of personality (while it's widely agreed that humans have five major dimensions). Few studies have examined the personality of one species many humans interact with on a daily basis: dogs.

Existing research consists of subjective ratings of breeds or individuals, observations of dogs going about their daily lives, and rarely, objective test batteries. This project aims to eliminate the subjective component of ratings by quantifying behavioral responses to specific stimuli to uncover, for the first time, the multiple dimensions of our dogs' personalities.

The necessity of this work is twofold:

Scientifically, dogs provide a unique model for understanding mammalian personality, our dog breeding choices for sport, looks, or companionship have created a species that, while retaining close genetic ties, varies enormously in everything from size to health risks and, most importantly, temperament. This variation is ideal for examining how genetics and environment might interact to create animal personality.

From a practical standpoint, being able to quantify canine personality has huge implications for public safety and animal welfare. An assessment that is sensitive to not just the risk that a dog might bite, but also to the finer aspects of its personality could help match adopters and adoptable dogs to find the best possible fit for both.

I will run 15-20 dogs recruited in the Seattle area through a series of tasks designed to capture multiple aspects of canine personality, and measure responses such as latency to approach, vocalization quantity and quality, tail position (lowered/stable/raised), ear position (back/neutral/forward), body position, etc.:

Response to an unfamiliar human

Response to a fake dog

Response to novel objects and surfaces

Response to temptations (food and a toy) out of reach

Response to isolation from owner

Each dog will run through these tasks at least twice, with two weeks in between to assess for the reliability of behavioral responses. At least 10 dogs will run through the test a third time, 6 months from their original test to determine longer term repeatability.

The items listed provide the bare bones necessities for conducting this research, and doing it well! By recording the test trials from multiple angles, we'll get more accurate data. Plus, the recordings will enable us to train research assistants more effectively for this and for follow up studies.

This $3000 budget outlines just the foundation research materials, but of course, with additional funding we could do so much more! Here are our "stretch budget" plans:

$17,000: In addition to the listed items, provide Research Assistant (RA) funding for a graduate student to focus solely on this project for one academic quarter, allowing faster data collection (and hopefully more time for follow up)!

$40,000: Provide above items and 3 quarters of RA funding. This would fund the project through data analysis, publication, and the start of follow up validation experiments that would bring the basic science back to real-world applications.

As a Ph.D. student in behavior with years of experience training dogs and puppies, Carly is uniquely positioned for this research. Popular culture tends to use the inaccurate labels of dominant’ and ‘submissive,’ leading to inhumane treatment for dogs deemed to be dominant. Hopefully her research with Jim Ha can be used to see dogs in a whole new light. 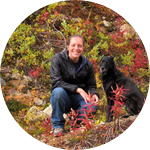 Grisha Stewart, MA, CPDT-KA
Author of "BAT for Reactivity" and "The Official Ahimsa Dog Training Manual"
The vast experience Dr. Jim Ha and Carly Loyer have in documenting the behavioral repertoires of many species make them ideal researchers to shed light on a critical question: Can we identify and measure stable, objective components of canine personality? The research is valuable not only as basic information about a species millions of people share their lives with, but as a foundation for making informed decisions about the selection of individual dogs for various working roles (e.g., service dogs, detection dogs, etc). 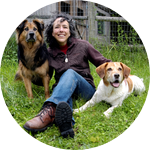 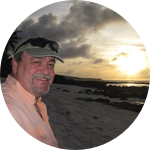 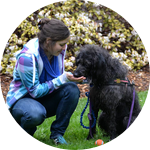 James Ha and Carly Loyer are active in both academia and in the dog behavior world. James has a Ph.D in Zoology and is a Certified Applied Animal Behaviorist (CAAB) with over 30 years of experience in animal behavior research, teaching, and behavior consulting.

Carly has a bachelor's in Psychology, and is currently a Ph.D student in Animal behavior. She has been working as a professional dog trainer and behavior consultant since 2007, after interning with Dr. Ha's consulting business when she was an undergraduate.

The decision to pursue research on individual differences was spurred by Carly's adoption of a client's puppy when it became clear that at 8 weeks old, the puppy was already convinced that the entire world was dangerous and populated primarily by ogres trying to kill her. The sharp contrast of her reactions to the world compared to her littermate (who was pretty confident that there were no ogres, only food and petting dispensers) demonstrated that biological and environmental factors influence canine behavior in subtle ways that previous research has failed to capture.

Without a way to quantify the variation in personality between these dogs, how can we begin to fathom the causes of the stark differences in their behavior?

My academic and practical training is in the social behavior of birds and mammals, with a special focus on highly social species like domestic dogs, crows and jays, primates, and killer whales. My background includes a Bachelor's degree in Biology from Millersville University (1980), a Master’s degree in Biology from Wake Forest University (1983), a Ph.D. in Zoology, with a specialization in animal behavior, from Colorado State University (1989), and professional credentialing as a Certified Applied Animal Behaviorist, the highest level of certification in dog behavior that is available. At the University of Washington since 1990, I am currently an Emeritus Research Professor in Psychology (Animal Behavior Program) where I teach and conduct research in complex social behavior and cognition of several animal species.

During my graduate training, I interned with Dr. Philip Lehner (Colorado State University) and was active in his behavior consulting business in Colorado, Animal Behavior Associates of Colorado. I started my own consulting business in companion animal behavior in 1999 and currently practice through Adaptive Animals, LLC with Dr. Robin Foster (AdaptiveAnimals.com). I perform in-home evaluations and treatments on behavior issues (80% aggression) in dogs, cats and parrots (averaging 45 cases/year) and advise on additional cases per year seen by my colleagues. In addition, I have participated in a number of legal cases as an expert witness, both Consulting and Testifying, and on cases involving both dog bites and dog tracking behavior. I have also been involved with the development of the professional certification program for applied animal behaviorists through our professional academic organization, the Animal Behavior Society (www.animalbehavior.org) and have served as a member of the Animal Behavior Society’s Executive Committee for many years.

I became interested in animal behavior long before I realized you could make a career studying it. Individual differences in how animals respond to identical stimuli fascinate me, and I hope to tease apart the way that those differences impact social interactions in social species.

2 Lab Notes Posted
Thank you to everyone who contributed!
Task testing pilot video 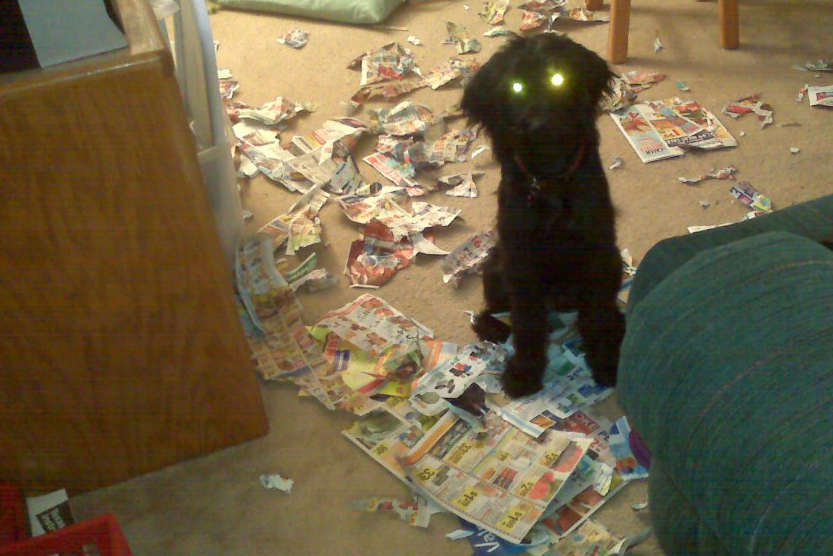