Despite decades of research on schizophrenia, there is today no concensus about its cause, its optimal treatment, or even whether it is only one disorder. However, based upon findings of the proposer and many others, the experiment will attempt to link the immune system with schizophrenia. The immune system is acessible in patients' blood cells, and recent research successes in other arenas suggest that a breakthrough leveraging immune system understanding is possible.

White blood cells from persons who presented mental distress in a clinic and then progressed to a diagnosis of schizophrenia within two years generate short strands of RNA called microRNAs. These are the "snapchats" of communication within and among immune cells and other cells such as the cells lining blood vessels. There are 2588 types of microRNAs in our bodies, but only about 15 are specific to humans. We have found that a particular miRNA called miR-941 differentiates persons who progress to schizophrenia. Other researchers have found that immune cells make miR-941; the technology they used is good for detecting microRNAs but not optimal for determining quantities. Exiqon supplies a precise technology that we could use (but Exiqon is not otherwise involved in this proposal).

If miR-941 can be shown to be a crucial signal that is synthesized by immune cells in blood or by blood vessels and then penetrates the "blood-brain barrier" into the brain itself, then there is hope for applying various technologies to modify that process.

The production of protein from a particular gene called HIVEP2 has already been strongly associated in human brain (frontal cortex) with schizophrenia. Needed are additional experiments with human immune cells and brain cells grown in dishes to assess the impact of mi-941 on HIVEP2 dynamics. Supplies alone for these experiments are expensive, but we already have a well equipped lab and lab technicians ready to perform the work.

Mutational deficiencies in the HIVEP2 gene (which are rare) can cause intellectual deficits in humans. Also, in response to stress in mice, levels of the protein product of HIVEP2 greatly increase within hours, then stabilize, then return to normal in about a day.

Potential control HIVEP2 levels by miR-941 has been established by us with computer simulations. We think that psychotic episodes might arise when routine stress is not properly controlled by the miR-941 and HIVEP2 system.

Cells harvested from blood of patients and from blood of persons free of psychotic illness can be cultured in dishes in our lab. Artificially adjusting the impact of miR-941 might cause different reactions in HIVEP2 levels. Is there a normal vs. schizophrenia difference?

The proposed Experiment will use human blood leukocytes. Using supplies covered by the budget, we will culture human immune cells from healthy volunteers and schizophrenia patients. The IRB approval process is documented in our papers, e.g. the December 2016 paper cited.

A particular gene called HIVBP2 and a particular control molecule called miR-941 will be the focus. We have found that low levels of miR-941 predict that patients presenting mental distress in a clinic will proceed to a diagnosis of schizophrenia within two years, regardless of treatment. Other researchers have identified HIVEP2 as a crucial gene connecting immune signals and schizophrenia, as collected post mortem in frontal cortex. Other lines of research also support the hypothesis.

Supplies will be purchased from Exiqon (http://www.exiqon.com/); otherwise, Exiqon is not affiliated with the experiment.

We have a well-equipped lab and lab technicians capable of performing the experiments.

Dr. Jeffries wants to find out if immune cells in the blood could be causing schizophrenia. If true, this novel hypothesis, based on findings from basic science and clinical studies, could open up entirely new treatment approaches. Dr. Jeffries is highly qualified having already made important contributions in this area. 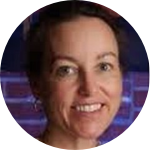 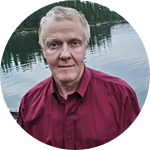 The team also includes a co-investigator, Diana Perkins, MD. She is a professor in the Psychiatry Department of the same university, and also a co-author on some of the listed publications as well as many more in psychiatric research. Their first joint publication was in 2005 (Molecular Psychiatry).

Jeffries and Perkins will each present research related to the present Experiment in two talks at the International Congress on Schizophrenia Research meeting in San Diego, March 2017.

Complete List of Published Work on Molecular Genetics in MyBibliography