CodeDay is an educational programming marathon for middle school through college students. We already know CodeDay is really good at promoting STEM. We don't know why, exactly how much, or what we can do to make it better. More importantly, we don't know how other programs can be as effective.

If you have any questions or comments about this project, email me at tyler.menezes@studentrnd.org.

CodeDay is a programming marathon where students learn about technology and engineering by building a video game, application, or whatever else they want in 24 hours. It brings together middle school through college students across a wide range of skill levels to help each other become better at technology. It's like a hackathon, but more focused on learning and fun.

We already know that CodeDay is really good at promoting STEM (Science, Technology, Engineering, and Math). Many students who come to the events are totally new to programming, but after the event most participants become extremely active in the community.

What we don't know, is exactly why, and how much of an effect this has. The goal of this project is to collect interviews with many past participants of this program, and use those interviews to publish research on how and why this model is so effective at STEM education.

Despite our technically advanced world, (Just look at where you are! You're on a site for crowdfunding grants!) there's a dramatic lack of students involved in STEM fields, requiring the US to import a huge percentage of its jobs every year. Women and minorities are especially lacking to the fields.

Analyzing the impact of the program will allow us to improve it to better target new students in the future, but more importantly, we'll be able to publish this research, and help get the next generation of STEM programs be more effective.

StudentRND is a 501(c)(3) non-profit, so your donations are tax deductible!

Due to the amount of work and costs in running the events and managing their expansion across the US, we haven't had the ability to collect enough data to analyze the impact it's had in depth so far.

The funds collected from this project will allow us to collect interviews and analyze the impact of the CodeDay projects on a formal research level, so that we can share these details with the community of researchers involved in Informal STEM Learning.

Many CodeDays will be hosted in new cities across the US in April, and interviewing new participants throughout these events is very important to figuring out what makes CodeDay so successful. April is the perfect opportunity to collect this data, but we need additional funding to do so.

The funds are crucial for the success of this project. Because CodeDays have taken place across the US, some of the funding will go to travel costs so that we can talk to participants from a wide range of groups, from both past and upcoming CodeDays. The interviews with participants will be filmed, and we will produce a video of interviews with students who have been affected by the program. Additionally, some funding is necessary to support transcription of the interviews. Finally, since there are hundreds of past teams and thousands of past participants, co-ordinating the interviews will require support from StudentRND staff, which are already overloaded with work on expanding the programs across the US.

I'm a co-founder of an early-stage startup in my day job, and I'll be contributing my work for free, but unfortunately I don't have the funds to cover any of the additional expenses of this project. 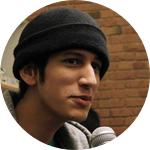 Tyler has been involved in the field of computer science education for the last four years. During that time he's taught an introductory computer science class online for several hundred students and several in-person classes at StudentRND, started a national program of hackathons for high school and college students, and helped plan an incubator program for the same.

He's also a Y Combinator alumnus, the former Chief Operating Officer of StudentRND, and the maintainer of many open-source projects. He's also the author of a soon-to-be-released hands-on Computer Science textbook.


KING5: Students in code heaven at 'CodeDay'
NPR: Watch Out Silicon Valley: Here Come the Tinkering Teens
TechCrunch: The Problems Of Today Will Be Solved By The Minds Of Tomorrow
Splunk: StudentRND's First CodeDay SF = success

TimeSwap is an HTML5 game made by a CodeDay team with no prior programming experience. You play the inventor of a time machine gun who must shoot himself to chase his dog through portals to the past. Because you're fighting with a time gun, every enemy you shoot appears in the next level, making the winning strategy avoidance.

The hybrid space model has already been proven to be highly effective at providing Informal STEM Learning (Calabrese Barton & Tan 2009). No research, however, has been done in the field of creating approachable hybrid spaces with recurring programming marathons.

StudentRND was established to conduct research into ISL. Prior research into creating and promoting hybrid spaces was conducted by StudentRND from 2009 to 2011 as the community workspace program. Findings largely corroborated Calabrese Barton & Tan (2009). In researching best practices for promotion (based largely on the work of Rahm (2008)), StudentRND developed the CodeDay model of programming marathons in the last quarter of 2011.

This model was widely implemented starting in December 2011 under the brand CodeDay in Washington. Data was then gathered over seven groups of participants (60% high school and 40% college) during 2011 and 2012 in the states of Washington and Oregon. The model was far more successful at attracting underserved and underrepresented groups, specifically minorities and females, than strategies developed by existing research.