Mesophotic reefs--coral ecosystems between 100 and 400 feet--may be a refuge from climate change for corals and fishes thanks to reduced temperatures, waves, and UV light. Deeper reefs may act as a source of corals and fishes for repopulating connected shallow reefs in the future. Mesophotic reefs, however, are difficult to study as they’re often far offshore, and their distribution is poorly known. This project is about advancing mesophotic study in places lacking resources for deep coral work.

Increasing temperatures and human impacts have greatly reduced coral cover across the world (1, 2). Deep coral reefs are a bright spot for corals and fishes in the face of climate change, due to decreased temperatures, wave action and UV radiation (3). A major hurdle that researchers face is the difficulty involved with finding and studying deep reefs. Technical diving support to these depths is expensive and dangerous, and the distribution of mesophotic reefs is therefore poorly understood--less than 20% of the mesophotic seafloor in the USVI has been described. Beginning in 2012, we set out to solve a problem--how could we, a small group of researchers and graduate students, study more than 1200 square kilometers of potential mesophotic coral habitats in the USVI, without going bankrupt?

Our ability to understand and protect coral reefs is largely based on our knowledge of where they exist, and the conditions they experience. As coral reefs have been degraded, researchers are spending more effort studying ecosystems that were previously considered "marginal". In many instances these "marginal" systems—such as mesophotic coral reefs—are turning out to be places where corals are weathering climate change with the greatest success. The lack of information regarding the location and ecosystem function of mesophotic reefs is a major hindrance to efforts to study and protect them. By expanding our capabilities to describe these ecosystems quickly and cost-effectively, we can greatly increase our knowledge of these unique coral reefs and better work to protect them.

The goal of this project is to expand access to mesophotic coral ecosystems in regions that lack funding and infrastructure for large ship-based studies and technical SCUBA. This project is a continuation of six past and ongoing coral reef studies at the University of the Virgin Islands. To date we have sampled more than 750 mesophotic reef sites in the USVI, Montserrat and Easter Island, Chile. The first publication using these methods was Smith et al. 2016 and example photos are included in Additional Info. We continue to expand our collaborations using these methods and hope to undertake a 500+ sample study in Curacao this fall. Funding this project will help us to rapidly identify and describe mesophotic ecosystems so they can be included in coral reef protection efforts worldwide.

These components will be used to construct the 3rd generation of our camera system.

The electric fishing reel and rod will be used to cast and retrieve the system allowing us to sample many more sites daily than we currently can with hand pulled retrievals.

The Star-Oddi sensors are very small temperature and depth sensors. We will attach these to both the weight system and the camera frame to 1) provide precise depths at each location, and 2) record benthic temperature at each site, which will help us understand the physical environments of these reefs.

Backers will receive updates during future research expeditions including photos of new and interesting research sites, and preliminary results.

Mesophotic coral reefs are one of the most valuable fisheries environments in the tropics. Identifying and protecting these habitats is of the utmost importance as our oceans fall under greater threat. This project will serve to greatly increase our understanding of the distribution of these reefs, and I am excited to see the further development of these techniques. 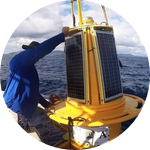 Sennai Habtes
Assistant Research Professor
University of the Virgin Islands
This is a fantastic project. I am excited to support the development of this technology that provides a cost effective solution to exploring the mesophotic zone. Continuing exploration of this zone is important in further understanding the role that mesophotic reefs will play in our changing seas. The team at the University of the Virgin Islands is doing incredible work to advance our ability to understand and protect these incredible reefs. 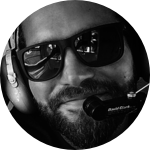 Andy Estep
Science and Field Manager
Waitt Institute
The value of mesophotic reefs as fisheries habitats and refuge for corals against climate change cannot be overstated. This project will help to advance our understanding of these systems greatly, and open their study to a broad range of scientists, governments and NGOs. I strongly endorse this undertaking and am looking forward to the results 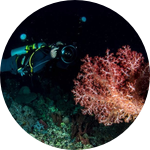 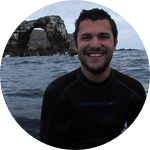 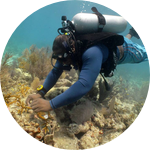 Now I'm a full time researcher and technical SCUBA diver at UVI. My work focuses on exploration, description, and monitoring of coral reefs in the United States Virgin Islands (USVI), the greater Caribbean, and the tropical eastern Pacific. My primary focus is the study of mesophotic coral ecosystems--coral reefs that exist between 100 and 400 feet deep.

As a coral reef ecologist I am interested in the dynamics of reef populations, interactions between reef organisms and how these interactions are modified by physical forcing and man. As Coordinator for Research for the US Virgin Islands Coral Reef Monitoring Program I seek to conduct investigations and form collaborations which strengthen our understanding of the workings and fates of coral reefs both here and abroad. My current research focuses on the ecological effects of bleaching events, terrestrial input and upwelling. My approach is to conduct innovative research using a multidisciplinary approach combining reef monitoring, physical oceanography, watershed studies and statistically based experiments in an effort to identify the most critical factors increasing and allaying reef stress. This not only involves more accurate monitoring of factors potentially impacting reefs, but a better understanding of the detectible responses of reef organisms, i.e. bioindicators, and the meaning of these bioindicators to the trajectory and composition of reef communities over time. My desire is to continue both basic and applied ecological research that adds to our knowledge of reef systems and provides strategies for reef protection.

Hello, my name is Colin Howe. I received my Bachelors of Science in Biology at Old Dominion University in Virginia. I started my marine science career as an intern for ODU in the Florida Keys studying lobsters, then switched to studying lionfish and teaching fish identification skills with Reef Environmental Education Foundation (REEF) in Key Largo. Following my internship at REEF, I spent eight months as a teaching and research assistant for the Council of International Education Exchange (CIEE) in Bonaire. I spent most of my time teaching, conducting research and diving as much as possible. I earned my first co-authorship on a publication monitoring diver impacts on coral reefs and that opportunity sparked my interest in coral ecology. I moved to St. Thomas to start my masters at the University of the Virgin Islands. Through the program I’ve been trained on technical diving procedures which allows me to participate with research on the unique Mesophotic coral reef ecosystem found in St. Thomas. It is exciting to study an ecosystem only a few have seen. To collaborate with creative and innovative thinkers is a dream come true and together we can continue to answer many questions about the mesophotic reef ecosystem. 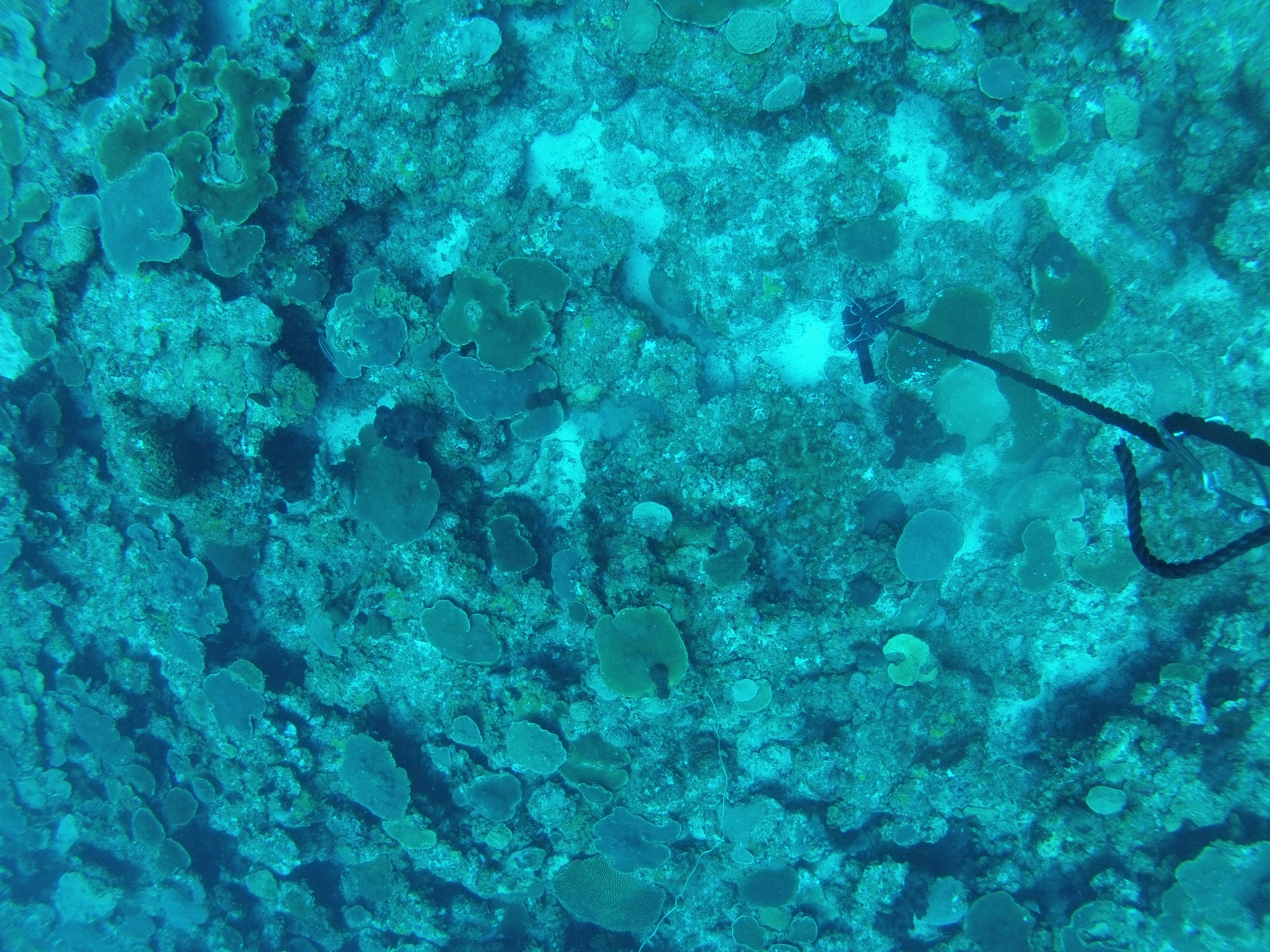 An image of a coral reef at 128 feet, captured using the first version of our camera system 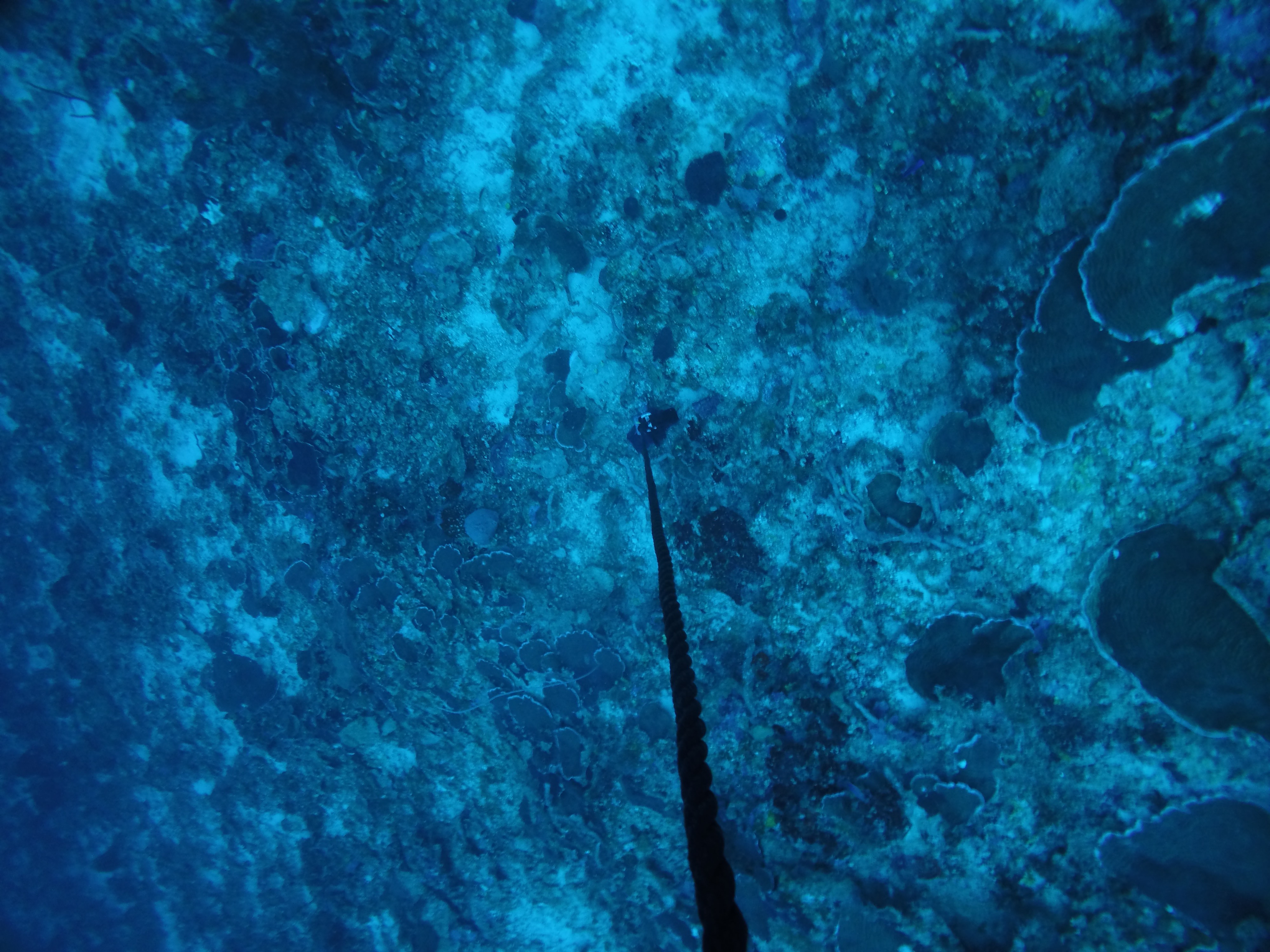 An image of an Agaricia coral reef at 225 feet, captured using the second version of our camera system