Maxillae and/or mandibles from 76 walruses (Odobenus rosmarus) were examined macroscopically according to predefined criteria. The museum specimens were acquired between 1932 and 2014. Forty-five specimens (59.2%) were from male animals, 29 (38.2%) from female animals and two (2.6%) from animals of unknown sex, with 58 adults (76.3%) and 18 young adults (23.7%) included in this study. The number of teeth available for examination was 830 (33.6%); 18.5% of teeth were absent artefactually, 3.3% were deemed to be absent due to acquired tooth loss and 44.5% were absent congenitally. The theoretical complete dental formula was confirmed to be I 3/3, C 1/1, P 4/3, M 2/2, while the most probable dental formula is I 1/0, C 1/1, P 3/3, M 0/0; none of the specimens in this study possessed a full complement of theoretically possible teeth. The majority of teeth were normal in morphology; only five teeth (0.6% of available teeth) were malformed. Only one tooth had an aberrant number of roots and only one supernumerary tooth was encountered. No persistent deciduous teeth were found in any of the young adult or adult specimens, nor were any specimens affected by enamel hypoplasia. The majority of teeth (85.5%) displayed attrition/abrasion. Of the adult and young adult specimens, 90.8% showed some degree of attrition/abrasion on at least one tooth. Tooth fractures were noted in eight walruses, affecting 10.5% of specimens and 1.3% of the total number of teeth, nearly three-quarters of which were maxillary canine teeth (tusks). Three specimens (3.9%), all adult males, displayed overt periapical disease. The majority (99.2%) of dental alveoli did not have bony changes indicative of periodontitis, with only five specimens (6.6%) affected by periodontitis. Lesions consistent with temporomandibular joint osteoarthritis (TMJ-OA) were found in 46 specimens (60.5%) and TMJ-OA was significantly more common in adults than young adults and males than females. Although the clinical significance of dental and TMJ pathology in the walrus remains unknown, the occurrence and severity of these lesions may play an important role in the morbidity and mortality of this species.

Dental and Temporomandibular Joint Pathology of the Walrus (Odobenus rosmarus)

Tooth and jaw (temporomandibular) joint (TMJ) diseases are common in certain wildlife species and may be important contributors to morbidity (sickness) and mortality (death). Our group has documented the dental and TMJ pathology of the elephant seal, southern sea otter, California sea lion, northern fur seal and the harbor seal. The aim of this study is to determine the nature and prevalence of dental and TMJ pathology in the walrus by examining skull specimens at the University of Alaska.

Our research has shown that there are many similarities in the dental pathology of marine mammals but also several species-specific conditions. For example, many sea otters suffer from severe tooth abrasion (abnormal wear) while many California sea lions have osteoarthritis of the TMJ. In many instances, these conditions are likely to have caused considerable morbidity and may have contributed to mortality by causing pain associated with eating and thus decreased ability to forage and consume food. The walrus is a data deficient species, meaning that there is insufficient information for a proper assessment of conservation status. There is no information on the dental and TMJ pathology of the walrus, hence the importance of investigating this important part of their overall health status.

The aim of this study is to determine the nature and prevalence of dental and TMJ pathology in the walrus by examining walrus skulls at the University of Alaska in Fairbanks. Present teeth and surrounding bony tissue will be inspected systematically according to predefined criteria utilized in former studies. The TMJs will be inspected using a descriptive and repeatable scoring system also previously published. Data from all skulls will be pooled according to tooth type and analyzed with descriptive statistics. Once we have collected this data, we will discuss how tooth and jaw diseases could have impacted the health and lives of these walrus specimens, and how dental and TMJ disease could impact the species as a whole.

The budget includes the airfare (Sacramento, CA - Fairbanks, AK), rental car and accommodation of two faculty, one graduate student and one research assistant. The University of Alaska in Fairbanks has the largest collection of walrus skulls, which is why the travel budget is essential for the completion of the project. We have no external funding for this study.

This is an excellent use of specimens for research and training the next generation of scientists. 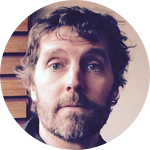 Link Olson
Curator and Professor
University of Alaska Museum
Dr. Verstraete & his team's research has always been top notch. I'm always excited to see the results of their research. 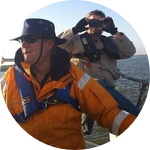 Steve Holmstrom
Veterinary Dentist
Aquatic Animal Dentistry, Peter Emily International Veterinary Dental Foundation
Frank and his team have done some amazing work showing the incidence and importance of dental and jaw deformities and pathologies in marine mammals - they are great to work with, really understand the data, and publish in great places. Walrus are especially interesting, as they have very unusual teeth (tusks) and they have gone through serious historical bottlenecks, and they will provide a very interesting comparison to other marine mammals. No one knows as much about these issues than Frank and his team. 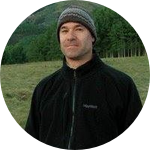 John Dumbacher
Curator of Birds and Mammals, and Professor of Biology
California Academy of Sciences; San Francisco State University
Marine mammals are threatened in ever-increasing ways. By researching the prevalence and types of dental and TMJ disorders in walrus, Dr. Verstraete and his team's contributions to the literature will be of interest to ecologists as well as veterinarians and oral pathologists. 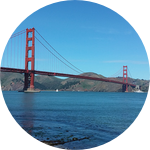 Milinda Lommer
Assistant Clinical Professor - Volunteer
University of California - Davis
Looking forward to the results! The most knowledgeable team to gather and publish important information, bringing them closer to the scientific, clinical and general public audience. Also...enjoy the amazing nature up there! 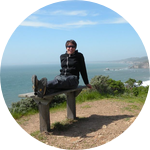 Ana Nemec
Assistant Professor
University of Ljubljana
Comparative studies are great as they frequently expose parameters that explain phenomenon in other species and even humans. This is good stuff. 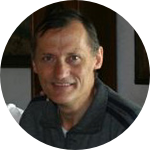 Erich Raubenheimer
Researcher
Sefako Makgatho Health Sciences University South Africa
The extensive experience of the faculty members in the study of TMJ pathology in numerous other species is well-documented: elephant seal, southern sea otter, California sea lion, northern fur seal and the harbor seal. The objectives and importance of this project are clear and the outcome, publication, will result in a valuable contribution to the literature. 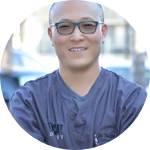 Anson J. Tsugawa
Veterinary Dentist
What and exciting project! Dr. Verstraete and his team have produced several papers in the same vein that have contributed enormously to our current understanding of mammalian oral and TMJ disease. I am looking forward to reading the results of this research project. 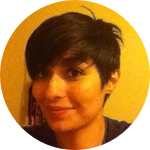 Nadine Fiani
Assistant Clinical Professor of Dentistry and Oral Surgery
This project represents excellent use of an available skull collection. The research team is very well qualified for this work. Further investigations of this sort are required to learn more about oral and dental pathology in wild animals. Colin Harvey 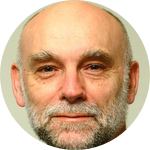 Colin Harvey
Emeritus Professor of Surgery and Dentistry
University of Pennsylvania
I have followed this work with great interest and am very happy to see it move to the next level. Prof Verstraete and his team is without doubt the best group to do this work and I fully endorse the project. Work of this kind will undoubtedly provide valuable information to biologists now and in the future. 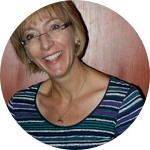 Sonja C. Boy
Professor
Department of Oral Pathology Sefako Makgatho Health Sciences University, Pretoria, South Africa
Dr. Verstraete, Dr. Arzi and Dr. Winer are talented, motivated and meticulous researchers who produce high quality published articles. The current project will use and build upon information that has already been learned about marine mammal populations, and will add to the important ecological and conservation science to help maintain these species. 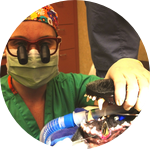 Amy Fulton Scanlan
Veterinary Dental Specialist
Aggie Animal Dental Center
I can't wait to learn about the results of this very interesting and exciting project from such an accomplished team of researchers. 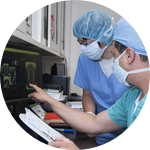 Santiago Peralta
Assistant Professor
Department of Clinical Sciences, Cornell University
I am looking forward to the results of this project. Dr. Verstraete and his team always find such interesting pathologies on the skulls. They have spent many hours working with the specimens in our mammal collection and have produced valuable publications in an amazingly short time frame. The team is particularly adept at handling fragile museum specimens. Keep up the good work! 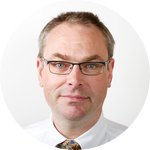 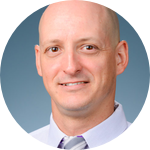 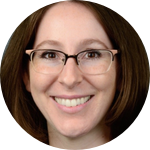 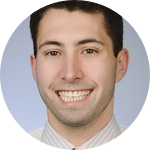 The team consists of Frank Verstraete, Boaz Arzi, Jenna Winer and Dustin Leale. All have extensive experience in studies involving the inspection of marine mammal skulls and teeth. Frank Verstraete focuses on the dental pathology while Boaz Arzi's main interest is the temporomandibular joint.

I am a Professor of Dentistry and Oral Surgery at the School of Veterinary Medicine. My clinical activities range from preventative dentistry to major oral surgery in dogs and cats, as well as pet rabbits and rodents, and occasionally zoo animals. I have a keen research interest in the comparative aspects of oral diseases. This is exemplified by my research on the dental and temporomandibular joint pathology in marine mammals, which was recently featured at the California Academy of Sciences in San Francisco.

I am an Assistant Professor of Dentistry and Oral Surgery at the Department of Surgical and Radiological Sciences. I completed the residency training program in Dentistry and Oral Surgery at the Veterinary Medical Teaching Hospital, University of California - Davis. I am a Diplomate of the American and European Veterinary Dental Colleges. I completed a post-doctoral fellowship at the Department of Biomedical Engineering, working on bioengineered fibrocartilage spectrums such as the TMJ and their surgical applications. I have a deep interest in TMJ research in animals and man and have conducted multiple studies on the TMJ in marine and terrestrial mammals.

I am a Resident currently specializing in dentistry and oral surgery at the UC Davis School of Veterinary Medicine. I developed an interest in veterinary dentistry when I completed research on sea otter dental pathology. I also have an interest in the One Health movement and enjoy discussing cases with my father, who practices dentistry on people. My special interests include dentistry of wildlife and zoo species, and maxillofacial surgery.

I am a junior specialist managing the Arzi lab in the Department of Surgical and Radiological Sciences. I have experience with the biochemical, mechanical, and microscopic imaging of the TMJ tissues. I have helped study the TMJ of several marine mammal species, as well as trained veterinary students at UC Davis in the laboratory analysis of joint tissues.