As urban areas keep spreading in tropical Asia, global hotspots of biodiversity will undergo severe habitat changes. However, cities like Macau, one of the most heavily populated urban area, might still host important communities of insects like ants, several of them unknown to science. Recently I published a checklist of Macau ants, but more unknown species are expected to be found which will be the focus of this project. Overall, this will increase our knowledge on ant diversity in Asia.

Ants are considered keystone species in ecology and represent about 15% of the animal biomass within tropical ecosystems, reflecting environment quality. Although ants are distributed globally, taxonomic knowledge is still limited, in particular within continental Asia. In 2017, I published two studies on Macanese ants showing how diverse those were, how limited our current knowledge is and pointing some threats on this remarkable fauna. With only 30.4 km2, Macau host at least 113 ant species, some of them new to science, like the rare and cryptic Leptanilla macauensis. Unfortunately, my study also identified several invasive ants now threatening natural habitats. My aim is to describe the Macanese ant fauna, while sharing these discoveries through public education.

Over the past three years, my work allowed us to increase the known Macanese ant species count from 54 to 113 species! Several species are newly recorded and new species to science. For the first time, we collected invasive species introduced through human activities.

This was the beginning of my scientific journey but the road is still long before all species living in Macau can be found and other undescribed species named. It is important to survey current species to offer a baseline for future work, in particular to identify the presence of invasive ants and their impacts on local biodiversity. The characterization of local diversity and the discovery of rare species should also guide decisions on the protection of the natural environment threatened by increasing urban development.

My first and most immediate goal is to sample ants for three months in Macau, focusing on areas and habitats unexplored at this point. The characterization of the local ant fauna from my preliminary survey is still incomplete due to limited sampling period. In the future, I plan to use new and standardized sampling methods to characterize local communities and collect species undetected thus far. Secondly, during this season I will monitor the spread of invasive species and the impacts of the fire ants, yellow crazy ant and black crazy ant on native communities. Finally, I will communicate my results and passion for insects to the public through a series of talks in primary and middle schools in Macau to raise awareness on biodiversity and the importance of its conservation.

Access to laboratory:
To sort and identify the material collected, I will join the Insect Biodiversity and Biogeography Laboratory at the University of Hong Kong, where I worked previously and have access to high resolution microscopes and reference collection. The funding will support the transportation (ferry from Macau) and accommodation fees during my stay in Hong Kong.

Publication fee:
Results of this work will be submitted for publication to a scientific journals, which fees will be supported by the funds of this project.

Public Education:
I plan to print posters to promote biodiversity and taxonomy research, highlighting the recent discoveries of Leptanilla macauensis and other ant species in Macau to schools and Non-Governmental Organizations.

I have full confidence that Danny Leong will achieve what he sets out to do here. He is a deeply passionate myrmecologist and already has considerable experience with the ants of Macau and its environs. 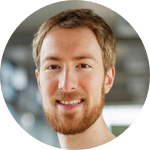 Matan Shelomi
Assistant Professor of Entomology
National Taiwan University
Danny is a very enthusiast and productive young biologist. His achievements on increasing the knowledge on Macanese ants is unprecedented and through this new survey and education program he will provide a strong baseline for the future research on entomology in Asia while raising awareness about the importance of insects in nature. This new project will certainly reveal many new exciting discoveries and I am looking forward to hear about Danny's work and to support his future research. 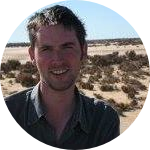 This project runs in 2018, I hope to finish thirty sections of field work and at least ten speeches in the school, community, or Non-Governmental Organization. As a result of that, I hope to finish a small final report at the beginning of 2019.

Sort and study the ant samples

Sort and study the ant samples 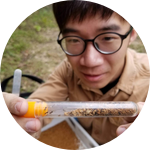 Hello! I am a young entomologist originally from Macao SAR, China. I am currently completing my Master degree of Entomology in NTU from Taipei, Taiwan. However, as a nature lover, I want to contribute to a better understanding of the biodiversity of my own country. For this reason, over the past three years I have used my vacations to collect and study the ant fauna of Macau. The species there are surprisingly diverse despite living in one of the most densely populated region of the world. While my first efforts have been rewarded through the publication of the first species checklist of ants from Macau and the description of a new species for Science; much work remain to be done to fully grasp the richness of Macanese ants, describe potentially new species and understand their ecological roles as well as the threat posed by some exotic species introduced to Macau.

For my future work, I would thus like to continue studying ants in order to understand the impacts of urbanization and seek solutions to maximize the potential of cities to retain high diversity.

More on me here.