Our aim is to expand the depth and breadth of the Personal Genome Project's open-source health data infrastructure by adding mental and psychological trait information to thousands of participants' data profiles. That data in conjunction with the genetic, environmental and other phenotypic data - including health and medical history - will add richness and value in a way no mental health research has ever attained before.

What are the underlying biological and environmental determinants that produce mental illness and dysfunction?

The Personal Genome Project enrolls participants, sequences their genomes, and collects other trait and environmental data. Mind First works closely with the PGP and plans to collect mental trait and health information from the thousands of volunteers who are enrolled in the PGP. The major goals of the project are to produce state-of-the-art web-based mental health surveys, to administer the surveys to PGP participants on an ongoing basis, and to integrate the resulting data with other PGP data. As with all PGP data, individual participant data will be published on the internet so that researchers worldwide are able to access and analyze them to decipher the complex roots of mental illness.

Mental illness and serious dysfunction are the most common and costly of all biomedical problems in developed countries. Twin, adoption, and other studies show that major depression, bipolar disorder, schizophrenia, panic and anxiety disorders, and other common mental problems are substantially hereditary. They also are underlying contributors to other common and serious social problems, including poverty, homelessness, crime and incarceration. Despite clear biological roots, major efforts to discover the underlying determinants of mental problems have been mostly unsuccessful, testifying to the complex interactions of biology and environments. Knowledge of causes will bring more effective treatments.

The mission of the Mind First Foundation is to discover the underlying biological and major environmental determinants of mental diseases and disorders, and to accelerate the development of targeted and effective treatments.

The initial phase of the project will be to produce and webify state-of-the-art mental health surveys. We have created surveys for physical traits, diseases, and disorders, based on SNOMED, ICD-9 and ICD-10 classifications. We will use a similar process to create and webify mental health surveys based on DSM5 and other criteria under the direction of Professor Kessler. The web-ready surveys will be administered to PGP participants on the internet on an ongoing basis, and the resulting data will be integrated with other associated biology and environmental data collected for PGP participants. These data will be made freely available on the internet for access and analysis by researchers around the world. The web-based survey system will also be portable and open source so that it can be adopted, modified, and used by other researchers throughout the world.

Funds will be used to support the development and implementation of the most current and advanced protocol for routine and online collection of mental trait and health information. Funds will also support ongoing addition of survey data to Personal Genome Project individual participant profiles, and to the free dissemination of the data and the survey instruments. 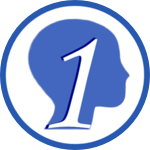 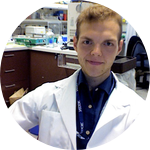 The founders of the Mind First Foundation believe that mental traits are highly complex and depend on both biology and environment. They have pioneered a revolutionary research model with greater promise to discover the underlying causes of mental illnesses and serious dysfunction, and ultimately to develop more successful treatments.

The founders of the Mind First Foundation believe that mental traits are highly complex and depend on both biology and environment. They have pioneered a revolutionary research model with greater promise to discover the underlying causes of mental illnesses and serious dysfunction, and ultimately to develop more successful treatments.

Co-Founder and Operations Lead at the Rapid Deployment Vaccine Collaborative (RaDVaC), a project of the 501(c)(3) non-profit Mind First Foundation, focused on research and development of open-source and radically accessible vaccinology tools.

Annually, 6% of people suffer from a very serious and debilitating mental illness; 26% will suffer some clinically diagnosable mental problem; suicide has replaced auto accidents as the #1 cause of injury death. “Serious mental illnesses cost the United States at least $193 billion annually in lost earnings alone. A conservative estimate places the total direct and indirect annual costs of mental illness at well over $300 billion.” [1] Homelessness, incarceration, early mortality, and comorbid conditions for the mentally ill cost an additional $125 billion. Alzheimer’s Disease is not included in this estimate and costs an additional $200 billion a year. Total calculated costs equate to $650 billion.

The indirect and intangible costs of mental illness are incalculable, but profound. We believe too many have suffered from mental illness in their lives and are committed to bringing the best available resources to the mission to diagnose, treat and prevent mental illness in all forms.